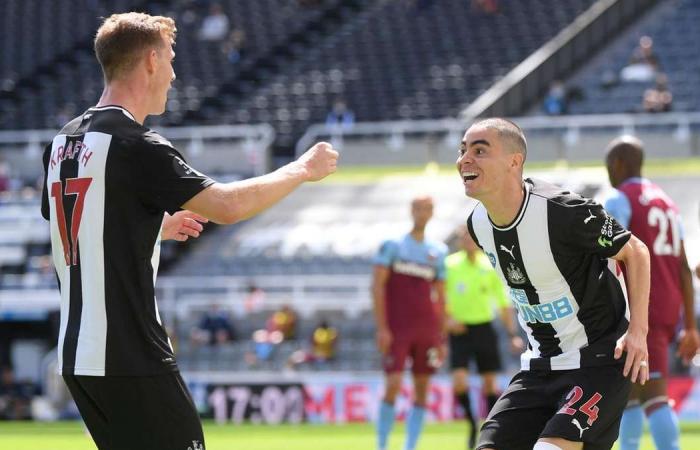 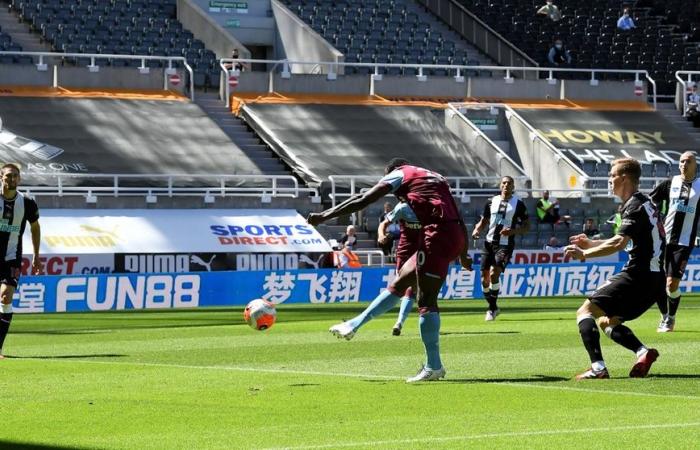 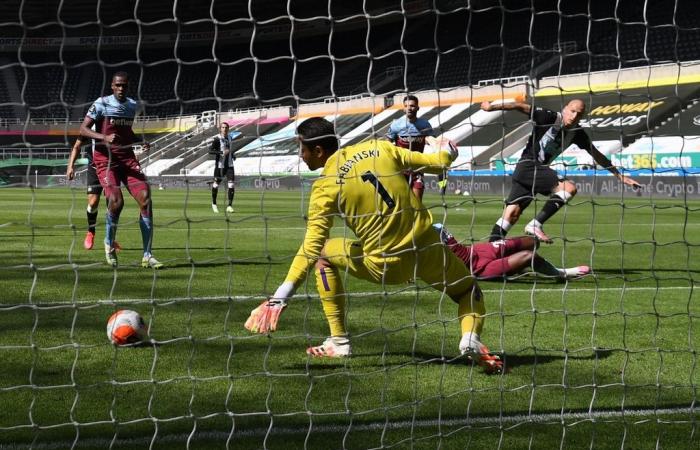 Hind Al Soulia - Riyadh - Jonjo Shelvey denied West Ham a crucial victory in their fight for Premier League survival as Newcastle United twice came from behind to snatch a point.

The Hammers, who boosted their hopes with a hard-fought 3-2 win over Chelsea in midweek, led 1-0 and 2-1 at St James' Park, but eventually emerged with only a point to show for their efforts in a 2-2 draw.

Despite securing their first points away from home since they beat Southampton on December 14, the ease with which Shelvey sliced through his defence left manager David Moyes shaking his head in disbelief.

"I was sickened because of us working so hard to get a goal back and then gave it up so quickly," Moyes said. "I am pleased we got something but disappointed it wasn't all three [points]. This could still easily go right to the end of the season."

West Ham got off to the perfect start when Antonio's clever flick allowed Pablo Fornals to lay the ball into Jarrod Bowen's run down the right and after his cross had wrong-footed defender Jamaal Lascelles, Antonio lashed it into the roof of the net at the far post.

Keeper Lukasz Fabianski got down well at the other end six minutes later to turn away Dwight Gayle's deflected free-kick after the striker had attempted to drill it under the defensive wall, but he was beaten with 17 minutes gone.

Joelinton, Gayle and Allan Saint-Maximin combined well to feed the ball into the path of overlapping full-back Emil Krafth, and his driven cross allowed Almiron to slide in and finish first time at the near post.

West Ham's response was impressive as, after weathering a spell of pressure, they took the game back to their hosts, who needed a good reaction save by Martin Dubravka to deny Bowen after he got his toe to Aaron Cresswell's skidding 32nd-minute strike from distance just in front of the keeper.

Saint-Maximin, who had been relatively well contained by the Hammers for much of the half, chanced his arm from distance after cutting inside past Bowen six minutes before the break, but Fabianski was more than equal to the task.

The home side resumed in positive mood, Almiron firing wide from distance three minutes into the half, and with Nabil Bentaleb – a 43rd-minute replacement for the injured Isaac Hayden – snapping into tackles in the middle of the field, it was they who looked the more likely to take the lead.

Moyes replaced Manuel Lanzini with Mark Noble in the search for fresh impetus, and it arrived with 66 minutes gone when, after Declan Rice's header from Bowen's corner had crashed back off the crossbar, Soucek stabbed the rebound past Dubravka.

However, the lead lasted just seconds as Shelvey exchanged passes with Gayle inside the box and fired into the bottom corner, with Fornals playing him onside.

Although substitute Andriy Yarmolenko forced a late save from Dubravka, there were to be no late heroics.

Magpies manager Steve Bruce was pleased with the way his team refused to give in despite the double setback.

"I was delighted the way we have come back twice," he said. "We didn't start well and we knew they would be a threat from set pieces. We have managed to dig deep and find a reaction, which doesn't surprise me with the way the players are. The run continues and deservedly so.

"We have five points to go to beat the [points] tally from last year, and that has to be the aim."

These were the details of the news David Moyes left 'sickened' after West Ham twice throw away lead against Newcastle for this day. We hope that we have succeeded by giving you the full details and information. To follow all our news, you can subscribe to the alerts system or to one of our different systems to provide you with all that is new.