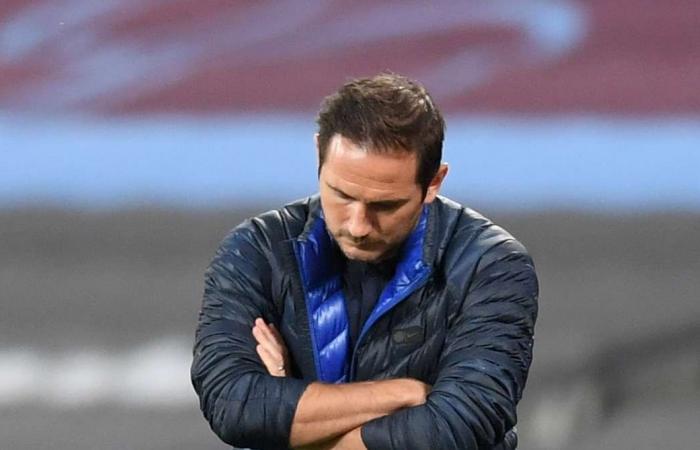 Hind Al Soulia - Riyadh - A disappointed Frank Lampard said Chelsea's 3-2 defeat at struggling West Ham proved how much work he still has to do to make the Blues title contenders again.

Lampard's side dominated for long periods but were stunned when Andriy Yarmolenko slotted home an 89th-minute winner following a counter-attack by the Hammers.

"I wouldn't say it is the story of our season because it's been a good season, but there have been so many of these moments," said Lampard, whose side had won all three of their previous matches since returning from the three-month shutdown.

"The players in those moments have to show an extra mentality to see a game through when you have a lot of domination.

"It is why we are fighting for top four not one or two, because we don't get things right as much as the big boys do.

"I am not happy with tonight but at the same time we are two points ahead of Manchester United, who have been going great for some time."

After a 2-1 victory over Manchester City last week that sealed the title for Liverpool and the signings of Timo Werner and Hakim Ziyech, Chelsea have been touted as title contenders to City and Liverpool next season.

However, Lampard believes his side have to be far more consistent than they have shown during his first season in charge.

"I've seen us play great games, but I also have seen opportunities to close a gap or move into third wasted. That's the difference at the minute and shows how much work we've got to do."

Chelsea could have moved into third spot and taken a huge step towards ensuring a Champions League berth with a victory but instead are fourth and are only two points above in-form Manchester United and Wolves.

"It happens, it is the Premier League ... we dominated the game in terms of possession, but make mistakes and teams will hurt you," Lampard said. "I'm not happy with any of the goals.

"There were details in the game which we knew, but we lost because we didn't get them right."

Willian gave Chelsea the lead from the penalty spot but goals by Tomas Soucek and Michail Antonio either side of the break put West Ham ahead, before Willian's sweet free kick levelled it up.

Chelsea were pushing for a winner when they were caught out by substitute Yarmolenko.

These were the details of the news Frank Lampard unhappy with his Chelsea stars after damaging defeat in race for the Champions League for this day. We hope that we have succeeded by giving you the full details and information. To follow all our news, you can subscribe to the alerts system or to one of our different systems to provide you with all that is new.