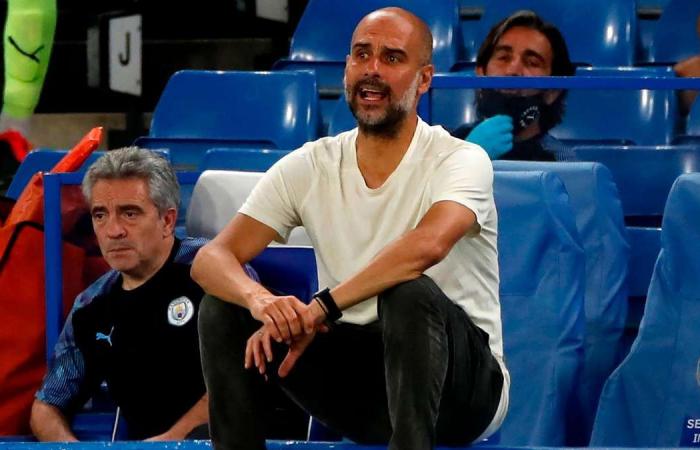 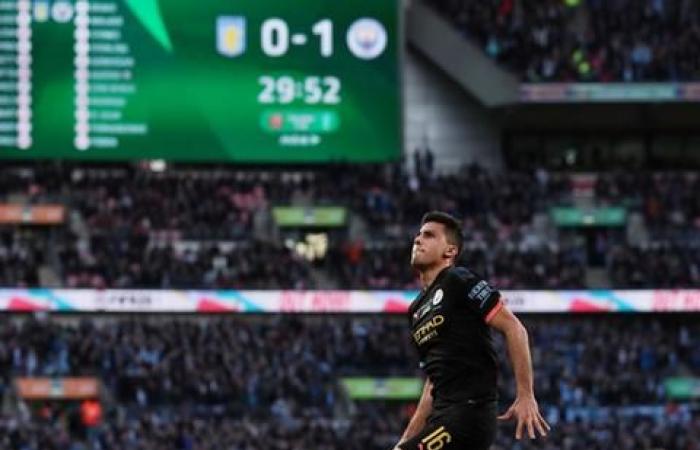 Hind Al Soulia - Riyadh - It is Manchester City’s first game after relinquishing a title. Perhaps typically, they are chasing another.

They can no longer call themselves champions of England but they remain FA Cup holders, a distinction they hope to retain at least for another year.

“Right now, it is a priority because it is the next game and we can get Wembley again in the semi-final,” said Pep Guardiola.

A trip to Newcastle returns him to something of a bogey ground. City drew 2-2 at St James’ Park in November, despite a shot count of 24-6. They lost there 2-1 last season when they had 76 per cent of possession.

“Newcastle have the weapons to punish us,” said Guardiola, though the objective may be to turn domination into goals.

In a sense, it has been a theme of the season. City have been outstanding at times – indeed, they had spells of brilliance in losing to Chelsea on Thursday – but there have been too many games where they have failed to capitalise.

The contrast with the relentless champions has been apparent to Guardiola.

“I remember the way we dropped points in the second game in the league against Tottenham,” he said. Mauricio Pochettino’s Spurs had three shots to City’s 30 in August’s 2-2 draw.

“It was many, many things in the beginning where we drop points and it was a little bit tricky and Liverpool didn’t make any mistakes,” Guardiola reflected.

City had claimed 198 points in the previous two campaigns, winning 64 of 76 league games. Logically, that was unsustainable. That winning habit was sustained, but by Liverpool.

“It was not the perfect season for us after what happened in the previous two seasons with the consistency but there are teams that were worse than us,” said Guardiola.

“It is so difficult to do what we have done in the most difficult league in the world but you cannot win all the time.”

City have been more inconsistent. It offers scope for improvement but Liverpool’s levels have been remarkable.

“They lose one game and draw [two] so you have to congratulate them: hats off,” added Guardiola. Words will be backed up with deeds and City will give Liverpool a guard of honour at the Etihad Stadium on Thursday.

“There was one team that was exceptional and when one team is exceptional, learn from them and congratulate them. It is simple. We know the reason why we suffered this season and we are going to try and solve it next season.”

Defensive absentees are one factor and City will be without the injured John Stones and the banned Fernandinho on Sunday.

But the fact their points tally has decreased is not, he was quick to point out, due to a lack of desire on the part of his players. Serial winners had not grown complacent with success.

“A team that wins eight titles in the last three years has passion, in every single game, in every competition, everywhere,” he said.

It is not as simple as saying Liverpool wanted it more. “I don’t know the passion of Liverpool. I imagine what happens when you have 30 years without winning the Premier League and have won the Champions League.”

The Champions League focuses City’s thoughts and not merely because they have an August rematch with Real Madrid.

Arsene Wenger used to insist that fourth place is like a trophy and Guardiola, considering the strength in depth in England agrees.

“Qualification for the Champions League is maybe the second most important title in a season and we are close to achieving it,” he said.

But his side could still win three actual trophies. Including the FA Cup.

These were the details of the news Pep Guardiola changes focus as Manchester City bid to retain the FA Cup for this day. We hope that we have succeeded by giving you the full details and information. To follow all our news, you can subscribe to the alerts system or to one of our different systems to provide you with all that is new.