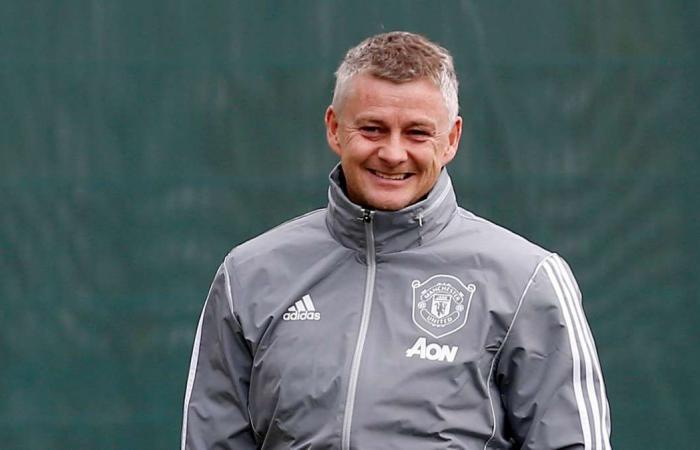 Hind Al Soulia - Riyadh - MANCHESTER UNITED RATINGS: David De Gea - 6, Waited till the 83rd minute for his first shot to save. He managed it comfortably. Roy Keane will be pleased. EPA

Aaron Wan-Bissaka – 8, A constant threat on the hosts’ right flank, and his cross set up the second goal Reuters

Harry Maguire – 7, Denied a goal against his hometown club for shoving at a corner. He was otherwise untested EPA

Victor Lindelof – 7, Untroubled, but vigilant enough to head away a Blades attack in injury time with the game already well won. Reuters

Luke Shaw – 5, Booked and gave away a soft corner, as he made hard work of what was otherwise a stroll in the park for his team. Reuters

Nemanja Matic - 8, Restored to the starting XI, he was an assiduous water carrier for Fernandes and Pogba. Just what Ole Gunnar Solskjaer would have wanted. EPA

Paul Pogba - 7, Generally played the supporting role in his midfield double act with Fernandes, but did produce one delicious solo run.. EPA

Mason Greenwood – 7, Enjoyed his license to roam inside, and linked up with Wan-Bissaka well. Reuters

Bruno Fernandes – 8, They will face tougher tests than this, but his partnership with Pogba flourished. EPA

Marcus Rashford – 8, A crisp assist and two glaring misses within the first 20 minutes, then another assist later on. Dovetailed magnificently with Martial. EPA

SUB: Andreas Pereira - NA, Like the other four players who came on with him in the 80th minute for the home side, chances to excel were minimal. Reuters

SUB: Scott McTominay - NA, Celebrated a new five-year contract by being among a five-player substitution by Solskjaer. AFP

SUB: Daniel James – NA, Made way from the starting XI against Tottenham, but got 10 minutes to have a run at the end. Reuters

SUB: Odion Ighalo - NA, Only given 10 minutes to impress, but still forged two chances for himself. EPA

SUB: Juan Mata – NA, Known to be charitable with his money, so he might be minded to give away all his appearance fee for his 10 minutes here. Reuters

Chris Basham – 6, Did his best to spark some life into the away side’s attacks, but the doors were wide open too often at the back. Reuters

Phil Jagielka – 5, Well into his footballing dotage, so could have done without having to try to keep up with whippersnappers like Martial and Rashford. Reuters

George Baldock – 7, Tenacious, and perhaps the only Blades player who could say he got the better of his direct match up, and he showed up well against Shaw. Reuters

John Fleck – 5, It is no crime finishing second best in a midfield battle with Pogba and Fernandes, which is what happened. EPA

Oliver Norwood – 4, Rarely spotted in the first half, and hooked at the break, which added up to a sad return to the club where he started his career. Reuters

John Lundstram – 6, Looked the most able of the Blades midfielders – but that wasn’t saying much on a tough day out. Reuters

Enda Stevens - 5, Given the run-around by Wan-Bissaka and he looked exhausted as a result. EPA

David McGoldrick – 5, Did not even have morsels to work with, so it was no wonder he struggled to make an impression. Reuters

Lys Mousset – 4, The French forward scarcely saw the ball before being replaced at the break because of injury. Reuters

SUB: Oli McBurnie - 5, Had an air shot at a header as soon as he was introduced as a half-time sub, and that was about as good as it got. Reuters

SUB: Sander Berge – 4, An ignominious display, after he was introduced for Norwood at the interval, was typified when he was nutmegged by Pogba. Reuters

SUB: Richairo Zivkovic- 7, On loan from the Chinese second division, he was the away side’s busiest player after his second-half introduction. Reuters

These were the details of the news 'Not sure if youngsters understand how much this means' - Ole Gunnar Solskjaer chasing FA Cup glory for this day. We hope that we have succeeded by giving you the full details and information. To follow all our news, you can subscribe to the alerts system or to one of our different systems to provide you with all that is new.