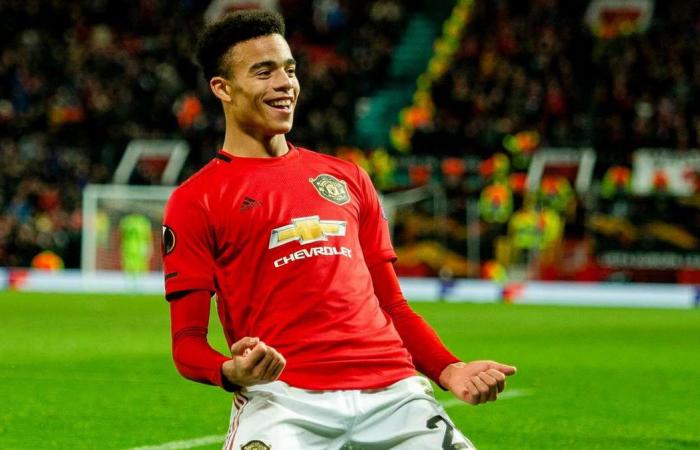 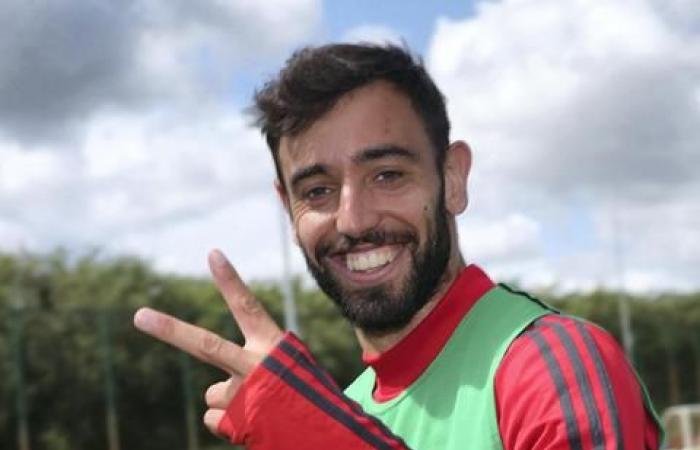 Thank you for your reading and interest in the news Ole Gunnar Solskjaer on Mason Greenwood: 'he’s filled out this lockdown' and now with details

Hind Al Soulia - Riyadh - Marcus Rashford is the man of the moment for his off field efforts and Odion Ighalo’s re-signing was celebrated recently. But Manchester United have another attacker, their top scorer in the Europa League this season.

Mason Greenwood is still only 18 and has started just four Premier League games in his debut season. The first was against Tottenham Hotspur in December, a huge match. United had won only four of their 14 league games, injuries to key players were an issue, Jose Mourinho was returning to Old Trafford for the first time as manager and there was the prospect of a trip to Manchester City a few days later.

“The players were really focused for Spurs,” said Ole Gunnar Solskjaer. “There was a lot of media around the club after [draws at] Sheffield United away and [Aston] Villa at home. Jose was coming back and everyone knew it was a big game for them, for me and for the club. We played exceptionally well. It was Mason’s first start in the Premier League. He was excellent in that position. Rashy [Marcus Rashford] was top class and we should have won by more.”

Jose Mourinho met Solskjaer properly for the first time before the game.

“We had a chat. I’d not really met him before, only briefly when he was at Chelsea and they played Cardiff,” said the Norwegian. “He was complaining about the away dressing room, the one that he’d changed! There was a positive atmosphere between us; it was good to have him back. I try not to get bogged down with the pressure. You have to be thick skinned if you play or manage Man United and the pressure doesn't get to me, but anything we do is magnified or scrutinised.”

Old Trafford was raucous that night.

“That was a very important period for us,” said Solskjaer. “We had injuries and Anthony [Martial] wasn’t fit to come in but I was never in doubt to start with Mason. He’s a top footballer and he’s just going to grow and grow. Those experiences will stand him in good stead for the rest of his career. He played really well in that game and his movement caused a lot of problems for them.

“I’m looking forward to seeing more of Mason. He’s always going to score goals, he’s filled out over this lockdown period and his performances in training have been great as well. I’m sure that he’ll have an impact between now and the end of this season.”

The return is on Friday for United’s first visit to the Tottenham Hotspur Stadium, not that fans can attend. With all United’s strikers fit, it would be a surprise if Greenwood started again.

“Mason is a young boy, still 18,” said Solskjaer ahead of Friday's game. “The lockdown has done him all the good in the world. At this age they do develop and Mason is looking more like a man. Sometimes, earlier on, you could see he was a kid but now in training he can use his strength better. He’s done really well over the three or four weeks that we’ve been training. His quality in front of goal has always been there but now he has more muscles to keep the defenders away.”

The fitness coaches have been working with Greenwood – with United’s players now happier back in the gym after a previous manager preferred them to stay away.

“I’m not sure if it was deliberate but the fitness coaches have worked really well with him,” said his manager. “He’s had the rest and recovery period after a first intense season for him.”

Solskjaer has more good news. Paul Pogba is fit to play, Rashford too.

“I can see his mentality and focus that he’s ready to play again,” Solskjaer said of Pogba. “He’s one of the best players in the world.”

United fans have seen it too infrequently in this stop-start season both for Pogba and the team, though form picked up significantly without Pogba or Rashford before the coronavirus-enforced lockdown. United can still win the FA Cup, Europa League and finish in the top four and the season will be seen as a success. Or United can do none of the above and it will be rated a failure. “These two months are going to be vital for us,” said Solskjaer.

He’s not wrong, but he’s able to draw on a stronger squad than he has had in his 18 months in charge.

These were the details of the news Ole Gunnar Solskjaer on Mason Greenwood: 'he’s filled out this lockdown' for this day. We hope that we have succeeded by giving you the full details and information. To follow all our news, you can subscribe to the alerts system or to one of our different systems to provide you with all that is new.