Timo Werner 'delight' as £53 million move to Chelsea is confirmed 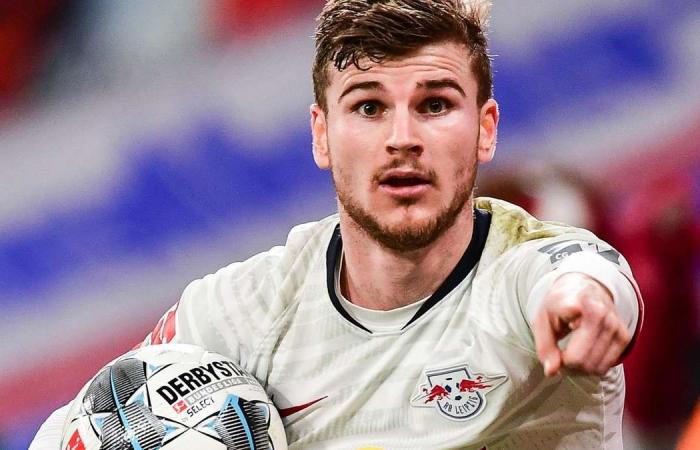 The 24-year-old will join the Stamford Bridge club in July after they met the German's release clause, reported to be around £53 million (Dh244m).

Werner, who scored his 32nd goal of the season for Leipzig on Wednesday, will stay in Germany until the end of the Bundesliga season.

Werner, who was reportedly attracting interest from Liverpool, said on Chelsea's official website: "I am delighted to be signing for Chelsea, it is a very proud moment for me to be joining this great club.

"I of course want to thank RB Leipzig, the club and the fans, for four fantastic years. You will forever be in my heart.

"I look forward to next season with my new team-mates, my new manager and of course the Chelsea fans. Together we have a very successful future ahead of us."

Blues director Marina Granovskaia added: "We are very excited that Timo Werner has chosen to join Chelsea. He is a player who was coveted all over Europe and it is no surprise, he has that rare mix of being young and exciting and yet established and proven.

"We can't wait to have Timo on board, but until then we wish him and RB Leipzig all the best for the rest of this season."

Werner has been a scoring sensation at Leipzig following his 2016 transfer from hometown club Stuttgart and has helped make the recently-formed team a top force in Germany.

But he is ready to test himself elsewhere and will provide further strength to Chelsea's attacking ranks.

The Blues last month extended World Cup winner Olivier Giroud's contract until the end of the 2020-21 season while they also have England international Tammy Abraham, who scored 15 goals before the season was halted.

Werner scored against Tottenham in the last 16 of the Champions League before football was suspended, helping the German club into the quarter-finals for the first time.

But Leipzig have confirmed their striker will not represent them in the eight-team conclusion of the tournament in Lisbon in August.

These were the details of the news Timo Werner 'delight' as £53 million move to Chelsea is confirmed for this day. We hope that we have succeeded by giving you the full details and information. To follow all our news, you can subscribe to the alerts system or to one of our different systems to provide you with all that is new.