All change! The different styles of Barcelona legend Lionel Messi - in pictures 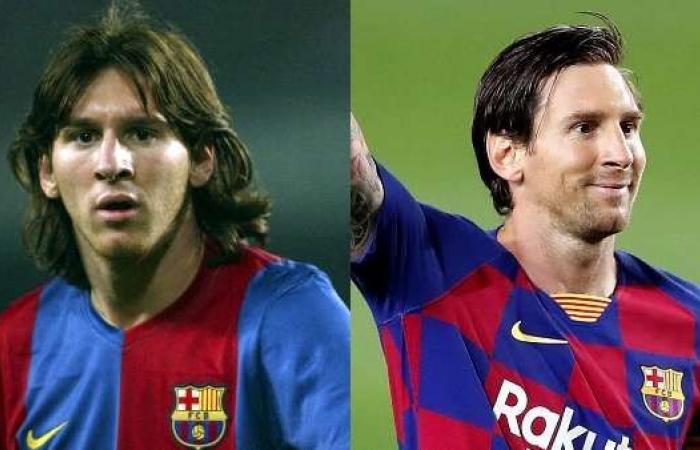 Thank you for your reading and interest in the news All change! The different styles of Barcelona legend Lionel Messi - in pictures and now with details

January, 2009: Messi cut his hair short and went for the side parting. Getty

April, 2014: A simple and classy hair style. Can't go wrong with that. Getty

November, 2015: A bit more length and volume added to his locks.

October, 2016: Messi, mercifully, started to grow out of the blond shocker. Getty

January 2017: A no-frills phase for Messi when it comes to hair style. Getty

September 2017: Messi during the Champions League match against Sporting. Getty

June 2020: Off goes the beard and another new-look Messi. EPA

These were the details of the news All change! The different styles of Barcelona legend Lionel Messi - in pictures for this day. We hope that we have succeeded by giving you the full details and information. To follow all our news, you can subscribe to the alerts system or to one of our different systems to provide you with all that is new.