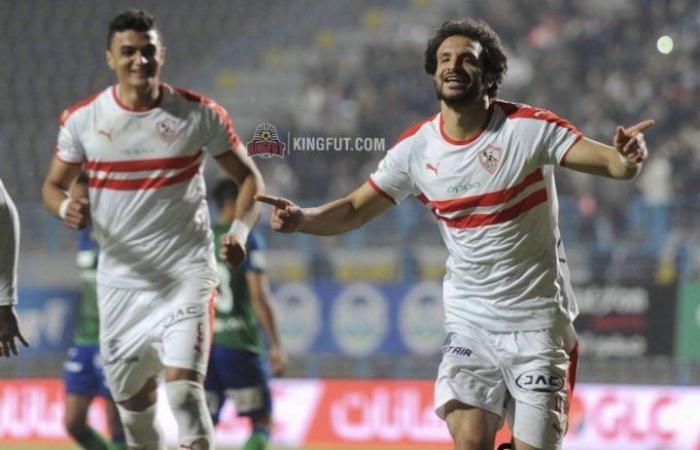 Esperance were first to threaten Zamalek in the sixth minute, when Hamdou El Houni capitalized on a defensive error and advanced towards the box, but failed finish into the back of the net.

Esperance’s efforts paid off in the 27th minute as El Houni was once again at heart of attack for the Tunisian side when he found Abdelraouf Benguit, who converted past Mohamed Abou Gabal with a brilliant first time effort.

The Whites responded immediately as they leveled things up less than four minutes later, through Mohamed Ounajem. The Moroccan’s strike into the top corner left the goalkeeper helpless.

In the 37th minute, Zamalek wasted a glorious chance to score the second through Mahmoud Alaa, whose powerful header cannoned off the crossbar.

Achraf Bencharki snatched the lead for the White Knights in the 72nd minute. Mohamed Abdel-Shafy’s crossed ball was poorly controlled by Ahmed Sayed ‘Zizo’ to reach the Moroccan, who drilled it into the bottom corner.ُ

Esperance suffered another blow as they were brought down to 10 men after Mohamed Ben Romdhane was shown a red card for his furious objection on the referee.

Things got even worse for the Tunisian side, as they conceded a penalty kick in the dying moments of the game. Alaa sent the ball home from the spot to make it 3-1 ahead of the return leg that will be held in Tunisia on the the sixth of March.

These were the details of the news Zamalek put one foot in CAF Champions League semifinals with 3-1 win against Esperance for this day. We hope that we have succeeded by giving you the full details and information. To follow all our news, you can subscribe to the alerts system or to one of our different systems to provide you with all that is new.