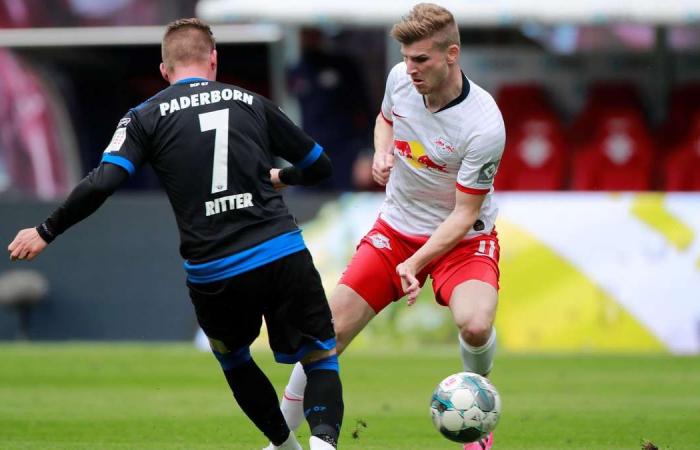 Thank you for your reading and interest in the news Timo Werner has 'qualities and killer instinct' to succeed at Chelsea, says Arsenal's Bernd Leno and now with details

Werner, 24, is expected to complete a move to Chelsea this summer after the German striker agreed a five-year contract with the Premier League club. The Blues have reportedly matched the €55 million buyout clause in Werner's RB Leipzig contract.

"I get on very well with Timo. He is very welcome in London," Leno, 28, told Sky Sports Germany. "I would be happy for him, Chelsea is a great choice, no question about it.

"The Premier League is faster, more physical. But I think he’s good for it. Timo is an extremely fast player.

"With his qualities and killer instinct, I’m afraid I have to say, he could be strengthening Chelsea."

Werner, who came through the ranks at Stuttgart, is enjoying the most prolific season of his career having scored 25 goals in 31 Bundesliga appearances. He has also found the net four times in eight Champions League games.

While a completed deal to join Chelsea appears imminent, there remains some uncertainty over when Werner will join the club due to the delayed league campaigns in Germany and England.

The Bundesliga, which returned from the coronavirus lockdown in mid-May, is scheduled to conclude on June 27, while the revised final day of Premier League season – set to get underway on Wednesday - is expected to be in July 26.

However, Werner will not be a Leipzig player when next season starts, according to the club's manager Julian Nagelsmann.

"I do not expect Timo to be here next season," Nagelsmann told DAZN.

The signing of Werner will mark the second high-profile transfer for Chelsea manager Frank Lampard ahead of the 2020/21 campaign, following the signing of Ajax winger Hakim Ziyech in February.

The 27-year-old Morocco international has signed five-year contract after the Premier League club agreed a £40 million (Dh181.8m) fee with the Dutch champions.

These were the details of the news Timo Werner has 'qualities and killer instinct' to succeed at Chelsea, says Arsenal's Bernd Leno for this day. We hope that we have succeeded by giving you the full details and information. To follow all our news, you can subscribe to the alerts system or to one of our different systems to provide you with all that is new.