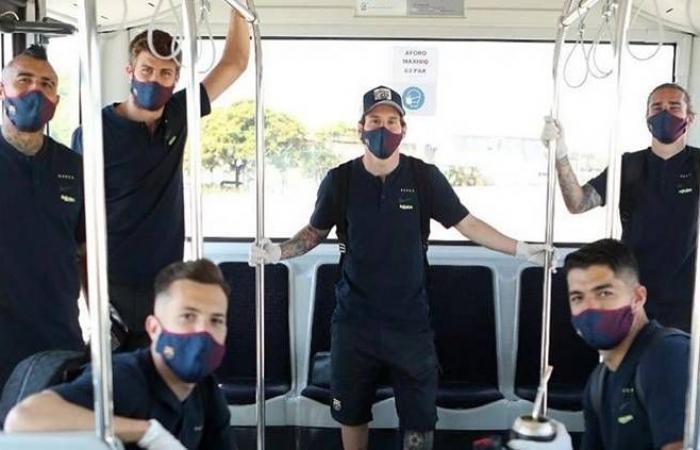 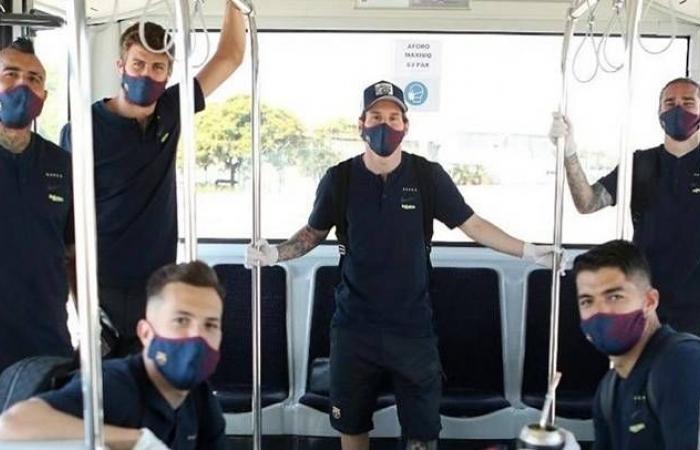 The players can be seen standing away from each other in the bus.

Barcelona face Mallorca as LaLiga returned on Saturday and club captain Lionel Messi posted a photo with his teammates en route to the island. The players can be seen standing away from each other in the bus in accordance to social distancing norms and are wearing protective gear.

The enforced lay-off due to the coronavirus has allowed Suarez to recover from the knee operation he had in January, while Griezmann commented earlier in the week that the break had granted him the physical and mental rest he hadn't been able to enjoy in the last five years.

The problems for Barca coach Quique Setien are the suspension to central defender Clement Lenglet, which is carried over from Barca's last game before the lay-off, and a question over Samuel Umtiti, who would be his natural replacement in central defense.

Winger Ousmane Dembele is still missing while youngster Ansu Fati has worked in the gym because of injury and probably won't travel.

Nelson Semedo will be able to form part of the expedition to Mallorca after testing negative for Covid-19 after being filmed breaking lockdown protocols at a birthday celebration earlier in the week.

Messi will start, although with games every three days, Setien will be anxious to protect his star player, who did suffer some muscle problems a few days ago, while Suarez will probably be eased back into action.

These were the details of the news Messi poses in mask with Barca teammates en route to Mallorca for this day. We hope that we have succeeded by giving you the full details and information. To follow all our news, you can subscribe to the alerts system or to one of our different systems to provide you with all that is new.