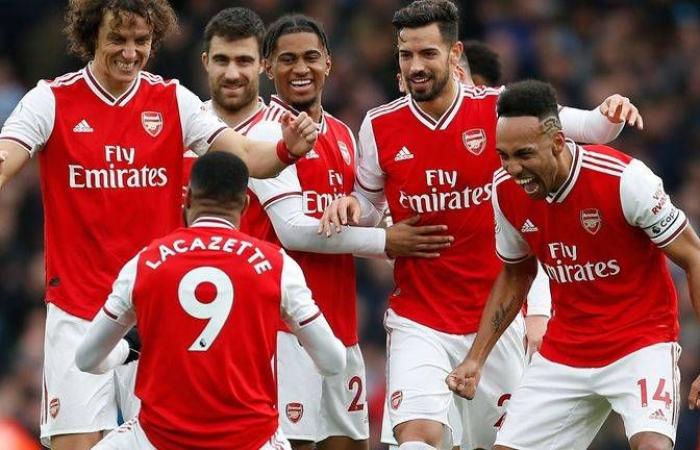 Thank you for reading the news about Empty stadium might help us at Man City, says Arsenal boss Arteta and now with the details

Aden - Yasmine El Tohamy - Arsenal face four successive away games when English football resumes next week but with stadiums closed to fans manager Mikel Arteta believes that run is not as daunting as it could be.

The Spaniard takes his side to Manchester City in the Premier League on Wednesday before trips to Brighton and Hove Albion and Southampton, a run that will be crucial if Arsenal are to mount a challenge for a top-four finish. They then travel to Sheffield United in the FA Cup.

Arteta knows how tough a trip to City will be, having served as Pep Guardiola's assistant there until returning to manage his former club in December, but says the unusual circumstances forced by the Covid-19 pandemic will level the playing field.

"I hope it is (an advantage)," Arteta, whose team were on a three-match winning streak but still down in ninth spot when the Premier League shut down in March, told Sky Sports.

"It's going to help. Football is passion and energy and when you lose that, things balance much more in my opinion. But I know how strong they are and what they are able to do if they are all switched on on the day."

Arsenal have only two away wins to their name this season but next Wednesday will feel almost like a fresh start.

Arteta, who himself caught coronavirus in March, believes the three-month stoppage will create difficulties for all clubs.

"We've played friendly games but that's not a Premier League rhythm at all," he said. "I think it will be very difficult to sustain big rhythms for 90 minutes for the first few games.

"We were on a really good run before we stopped, the aim is to be a better team than we were then," he said.

These were the details of the news Empty stadium might help us at Man City, says Arsenal boss Arteta for this day. We hope that we have succeeded by giving you the full details and information. To follow all our news, you can subscribe to the alerts system or to one of our different systems to provide you with all that is new.