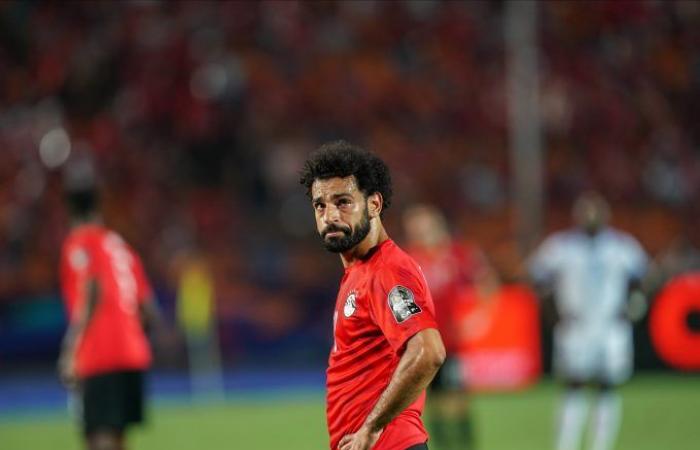 Over the past 10 years, it feels like Egypt has been unable to create any note-worthy players that take the league by storm and go on to become stars.

The likes of Mohamed Salah and Trezeguet are the most prized Egyptian players, and while they got their first starts in the Egyptian League, Salah, Trezeguet and a large bulk of the Egyptian National Team’s core developed the most when they played abroad.

As Egyptian football fans we get excited when we find youngsters who seem to boast incredible potential, but almost every time we are left disappointing when we see what could’ve been the future of The Pharaohs sitting on the bench at Ahly or Zamalek.

Imagine if Mohamed Salah had stayed in the Egyptian Premier League!

Just from watching a single game in the league you can tell that it’s not what it was before. The decreased quality of the league causes teams to produce worse players (or less great ones), who then go on to play for the National Team and make the team worse.

While our National Team today might look good due to the stardom of Mohamed Salah, the rest of the team isn’t great. Because the league does not produce quality options, the National Team coach is forced to widen his scope and pick a worse player than he had hoped for.

We feel it’s in all our fans best interest for Egyptian players to perform well and make successful moves to have a long career playing for Europe’s best clubs, like Mohamed Salah will have. But in the past few years, there have been far too many examples of our league’s young players going on trial in Europe and a move not materializing.

Let’s get into the many reasons as to why the level of Egyptian footballers has decreased over the past decade.

In the Egyptian League this season 19 out of the 20 clubs (newly promoted FC Masr the exception) have at least 3 foreign players registered in their rosters.

There is an ongoing debate as to whether the presence of foreign players actually improves the quality of the league.

I believe that their presence is a double-edged sword. They indeed increase the league’s quality of play since most of them are better than the local players on the team. On the other hand, their presence sometimes makes local youngsters’ chances of getting a run in the first team slimmer.

The Egyptian FA limited teams to not have more than 6 foreigners on their roster and have recently taken it a step further in tightening up the number to 4 from next season onwards.

I believe that while the increase in presence of foreign players has caused short-term increases in performance from teams but has decreased the clubs’ ability to produce first class players since they can find foreign players ready to come in and make an impact, rather than take a gamble on young locals.

I can say without a doubt that one of the biggest problems in the Egyptian Premier League is scheduling. In recent years we’ve seen the top dogs of the league, those who compete in continental competitions with several games in hand to the rest of the league for most of the season. This disorganization in the schedule hinders team’s ability to properly prepare for games. Unfortunately, last minute changes to the schedule has become a general occurrence and as in any sport, preparation is key, and the current systems robs players of this.

The league in the past 10 years alone has seen seasons with 38, 32, and even 22 teams participating. Many seasons have been cancelled, which by no means gives credit to certain players.

With ever-changing schedules, it will be very difficult for our league to provide a proper platform for players to develop and showcase their talent.

Youth Systems have been one of the weakest aspects when it comes to Egyptian Football. Speaking to multiple players currently involved in a variety of youth systems, a few things remained common between them: lack of personalized training (most training sessions tend to be common football drills, rather than personalized to their positions), lack of nutritional education and lack of football intelligence.

These aspects can also be spotted when it comes to the Premier League. When Ramadan Sobhi came back to Al Ahly, following a couple of years in England, his physique was noticeably larger than the rest of the players on the field: he was bigger, fitter and stronger than the rest by a long way. During his time in England, he must have been put on a strict training and eating schedules, and upon his return to Egypt, he reaped the rewards. Imagine if he, along with all the other players in Egypt’s youth systems had been put in this system since a younger age, our players would be completely different.

Most Egyptians youngsters that travel abroad always talk about how difficult it is to transition to the stricter lifestyle imposed by clubs to improve their abilities.

If youth systems all over Egypt were to incorporate many different aspects to the development of local youngsters, surely this would prove to create more potent players.

Many factors have led to the decrease of the general level of Egyptian players coming through and playing in Egypt’s premier league. If we could create a platform that brings players up rather than halt or make their development harder, Egypt could go back to developing top-level players and host a league where players wish to play in.

These were the details of the news Why Egypt stopped producing stars for this day. We hope that we have succeeded by giving you the full details and information. To follow all our news, you can subscribe to the alerts system or to one of our different systems to provide you with all that is new.