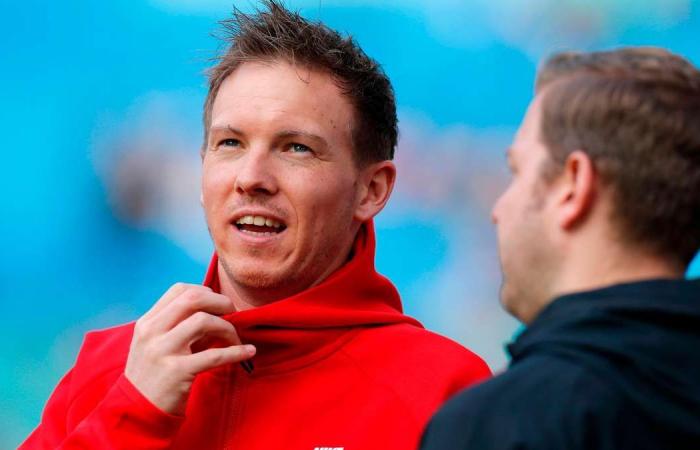 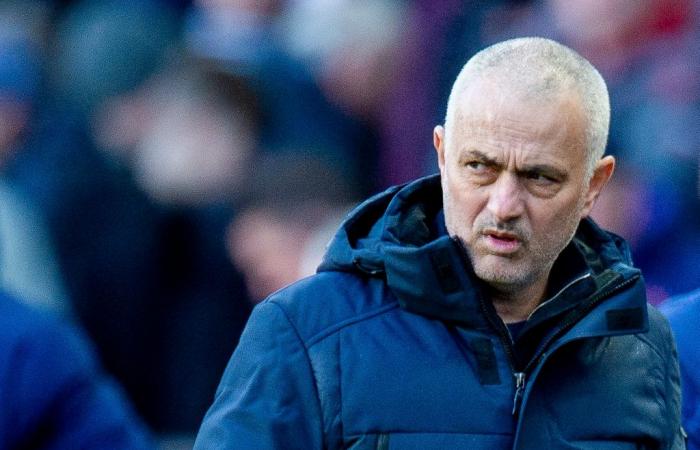 Thank you for your reading and interest in the news Tottenham v RB Leipzig: Julian Nagelsmann bold, bright and happy to be dubbed ‘Mini-Mourinho’ and now with details

Jose Mourinho dressed down for his scouting mission to RB Leipzig. Black baseball cap, peak pulled down, grey waterproof jacket, dark scarf and the sort of earphones typically worn by people younger than 57. Mourinho was in a sort of disguise, avoiding attention as he assessed Tottenham Hotspur’s Champions League opponents, RB Leipzig, during their 0-0 draw at Bayern Munich 11 days ago.

Julian Nagelsmann, by contrast, was dressed like a beacon as he prepared Leipzig for Wednesday's date in London. Nagelsmann patrolled the touchline during Saturday’s 3-0 victory over Werder Bremen in a bright crimson tracksuit. At 32 years old, you can just about get away with attire that loud, although only just. It would be surprising if Leipzig’s exceptionally young head coach is not more soberly dressed for his club’s first outing in the European Cup’s knockout phase.

Nagelsmann is not always so brash, but nobody rises so quickly through the ranks of a profession like his without knowing how to attract the right sort of attention. He has stood out since he embarked on his coaching career, initially with the age-group teams at Hoffenheim, after his own playing ambitions had been curtailed by a severe cruciate ligament injury in his early 20s. He was working with the Under 17s when Hoffenheim’s first-team goalkeeper, Tim Wiese gave him a nickname: ‘Mini-Mourinho’.

The comparison, which Nagelsmann regards as a compliment, covers some shared characteristics: neither manager conceals their self-belief; both made rapid journeys up the coaching ladder. Mourinho, having applied himself with intelligence and diligence to scouting for and then assisting the English manager Bobby Robson at Sporting and Porto and Barcelona, was taking charge of his first European tie, as head coach of Benfica, at the tender age of 37.

Mourinho was considered unusually young when he then won his first European trophy, the Uefa Cup with Porto, at only 40, and marked out as a once-in-a-generation managerial prodigy when he guided Porto to their stunning Champions League triumph a year later. And he is entitled to take credit - something he seldom refuses - for radically altering the elite game’s perceptions about young managers. After Mourinho announced himself as ‘The Special One’, major clubs became more willing to appoint coaches who did not have a senior playing career on their resumés, but rather had applied themselves to learning to manage while their minds were fresh.

Nagelsmann is still an outlier, though. His appointment as the man in charge of Hoffenheim was announced when he was only 28. Like Mourinho, his impressive work in junior roles had earned him some important references. The influential Ralph Rangnick, who coached Hoffenheim and has held a variety of managerial and executive posts at Leipzig, predicted a brilliant future. Thomas Tuchel, later of Borussia Dortmund, now of Paris Saint-Germain and a precocious riser in management himself, also recommended him.

Nagelsmann’s first major achievement in top-flight football was to steer Hoffenheim away from the threat of relegation, having been pitched into a job he was earmarked to start in the summer of 2016 earlier, because of a crisis. In his first full season, he guided villagey Hoffenheim into the Bundesliga’s top four, missing out on the group stage of the Champions League only because they had the bad luck to play Liverpool in the pre-qualifying play-off. The following season, Hoffenheim finished third. After only two-and-a-half years as a senior coach, he was fielding an enquiry about his availability from Real Madrid.

Where that enquiry might have led, with encouragement, is unknown. Nagelsmann thought Leipzig, who he joined last September, the right next step for him, a club even younger than he is - they were formed in 2009 - and even more upwardly mobile: Leipzig have leapt from third division to one point off the top of the Bundesliga table in the space of five-and-a-half years. They are genuine challengers to Bayern’s seven-year grip on the German title.

First, a duel with Mourinho, once the absolute master of the European knockout tie, and back in a competition he has won twice, with a Spurs whose greatest European Cup achievement was last June’s second place.

Tottenham have all the advantages of accumulated knowhow, Nagelsmann stresses. “They are one of Europe’s top teams,” he said, “with star players who have so much experience. And a world-class coach.”

These were the details of the news Tottenham v RB Leipzig: Julian Nagelsmann bold, bright and happy to be dubbed ‘Mini-Mourinho’ for this day. We hope that we have succeeded by giving you the full details and information. To follow all our news, you can subscribe to the alerts system or to one of our different systems to provide you with all that is new.