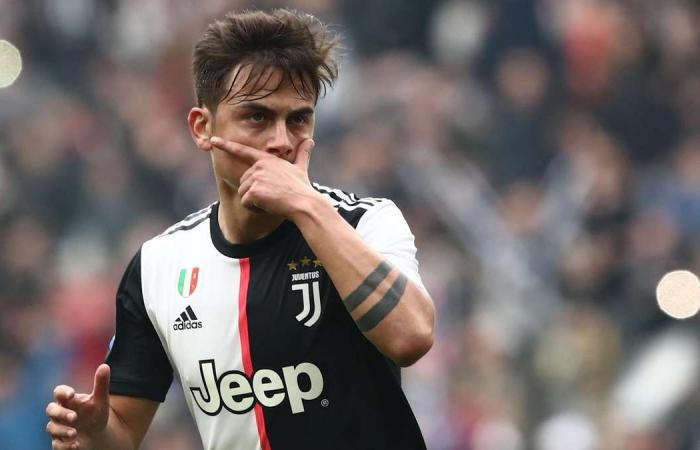 Thank you for your reading and interest in the news No Cristiano Ronaldo, no problem as Paulo Dybala powers Juventus to victory over Brescia and now with details

Hind Al Soulia - Riyadh - Paulo Dybala and Juan Cuadrado more than made up for the absent Cristiano Ronaldo as Juventus beat 10-man Brescia 2-0 on Sunday.

Argentine forward Dybala curled in a sublime free kick eight minutes before the break while Colombian Cuadrado scored the second from close range following a Blaise Matuidi cross with 15 minutes to go, as the champions hit back after the shock defeat to Hellas Verona.

Ronaldo was rested for the game in Turin, but veteran defender Giorgio Chiellini returned after a long injury layoff. Chiellini came on for the final 12 minutes more than five months after rupturing the cruciate ligaments in his right knee.

Brescia goalkeeper Enrico Alfonso went off after just 10 minutes following a hit to the head, with substitute keeper Lorenzo Andrenacci pulling off some fine saves.

Andrenacci smothered a second Dybala effort on the line minutes after the opener with the Brescia gloveman also denying Gonzalo Higuain just after the break.

Dybala missed the chance for a second just before the final whistle, clipping the bar with Andrenacci beaten. Brescia thus fell to their fifth defeat in seven games, siting second last in the table.

It was a timely performance from Dybala who was recently called one of Juventus' best ever No10s.

Claudio Marchisio had said Dybala was one of the greatest to have worn their No10 jersey, alongside Alessandro Del Piero, Roberto Baggio and Michel Platini.

“Paulo is among the top five Juventus number 10s ever,” Marchisio had said earlier in the week.

“I was very impressed by Rodrigo Bentancur's growth and I am happy with Dybala's comeback. He is showing, as before, that he is truly a champion.”

Also, Juve chief football officer Fabio Paratici had said Dybala can become 'the Messi of Juventus' if he stays at Turin.

“We are very happy with Dybala, he is our number 10," Paratici had said. "We've invested heavily in him and hope that he can be Juventus' Leo Messi.

"Usually, eras run for three to four years, but we have been able to continually renew and renovate while also getting positive results. We are currently on track for all our objectives this season and the club is very happy."

Earlier, Hellas Verona missed the chance to close in on fifth-placed Roma, who lost 2-1 to Atalanta on Saturday, with a goalless draw at Udinese.

Sixth-placed Verona extended their unbeaten run to nine games to occupy the final Europa League spot ahead of Parma on goal difference.

Parma got back to winning ways at Sassuolo with Ivorian Gervinho scoring the only goal after 25 minutes.

Fiorentina crushed struggling Sampdoria 5-1 after consecutive defeats to Juventus and Atalanta. Federico Chiesa and Dusan Vlahovic bagged a brace each with the Tuscany side's first goal a gift from Sampdoria midfielder Morten Thorsby who turned into his own net after eight minutes in Genoa.

These were the details of the news No Cristiano Ronaldo, no problem as Paulo Dybala powers Juventus to victory over Brescia for this day. We hope that we have succeeded by giving you the full details and information. To follow all our news, you can subscribe to the alerts system or to one of our different systems to provide you with all that is new.