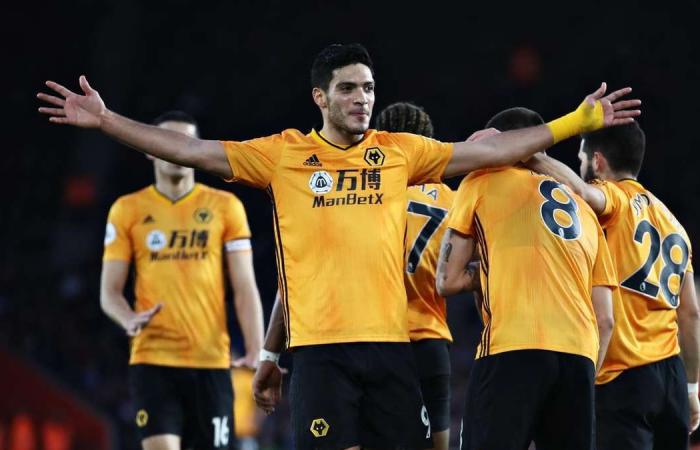 Hind Al Soulia - Riyadh - There is often an agenda when Jose Mourinho is speaking. And even when there isn’t, the presumption tends to be that there is.

Perhaps the Tottenham Hotspur manager was trying to reduce the expectations on his Spurs side this week when he said: "Wolves and Sheffield United are fighting for the top four. [The managers] can say no, I understand if they say no, but the reality is that they are.”

It is tempting to note that Nuno Espirito Santo was Mourinho’s reserve goalkeeper at Porto and that they share an agent, in Jorge Mendes.

Perhaps, though, this was not mind games or mischief-making as much as simply praise. Mourinho has first-hand evidence of Wolves’ excellence. Tottenham pilfered victory at Molineux in December but Wolves were the superior side.

As Mourinho suggested, the certainties of old have been destroyed this season. He did not need to say that Leicester are fighting for the top four. They are already there, with a 10-point cushion on fifth. It would take a remarkable collapse to prevent the Foxes from playing Champions League football next season.

Yet if Wolves join them, it would come laden with consequences. It would come at the expense not just of Mourinho, but of his former club and vice-captain, Chelsea and Frank Lampard.

It would be the first time since 1996 that the top four contained only two of English football’s current ‘big six’. Newcastle United and Aston Villa were the interlopers then, though neither’s presence in the upper reaches of the table was the shock it would be now.

If Wolves are to become the first West Midlands club since Villa to break into the top four, they may have overcome the East Midlands’ leading side.

Wolves have forged a reputation as the scourge of the best since their 2018 promotion. They beat five of the top six last season. They have defeated Manchester City twice this season, becoming only the second team, after Antonio Conte’s Chelsea, to record home-and-away league wins over a Pep Guardiola side in the same season.

Yet apart from that, theirs has been a tale of near-misses against the established order. They held Leicester on the opening day when, but for VAR, they might have been celebrating victory. They have drawn with Arsenal and Manchester United. They have suffered narrow losses to Spurs and Liverpool, Diogo Jota’s glaring late miss costing them a point against the league leaders.

The Premier League’s draw specialists – only Arsenal have shared the points more often – need wins to turn ninth into fourth.

As this is their last home game against top-six opposition, their run-in should offer optimism. Mourinho cited “power and quality,” two attributes he tends to appreciate, as reasons for their candidature.

Adama Traore has both and Leicester manager Brendan Rodgers branded him “a very dangerous player; once, he is away, he is very difficult to stop.”

A footballer who tormented Tottenham should be fit after dislocating his shoulder in the stalemate at Old Trafford two weeks ago but, in any case, Nuno has a new alternative on the flanks.

"Wolves bought an important player to try and improve their situation,” Mourinho said and Daniel Podence, the £16 million (Dh76.3m) winger acquired from Olympiakos in January, scored against Mauricio Pochettino’s Spurs in the Champions League.

In theory, Wolves require reinforcements. This is the 42nd game of a marathon season and Nuno only used 19 players in the first half of the Premier League campaign.

The 33-year-old Joao Moutinho is set to make his 45th appearance, including commitments for his country. Raul Jimenez is not far behind. If it feels illogical that Wolves have scored 20 goals and conceded just five in the final half-hour of league games, it suggests they have staying power.

They will hope that chat capacity to come on strong in the final third of matches proves a microcosm of their season.

Leicester have stumbled of late, taking only four points from their last four league games and exiting the League Cup. They are likely to be without Wilfred Ndidi. A repeat of the opening-weekend stalemate may suit them.

Wolves, with a solitary win in 2020 and ground to make up, must look to accelerate and overtake, and not merely to prove Mourinho right.

These were the details of the news Wolves have ground to make up if they want to join Leicester in the Premier League top four for this day. We hope that we have succeeded by giving you the full details and information. To follow all our news, you can subscribe to the alerts system or to one of our different systems to provide you with all that is new.