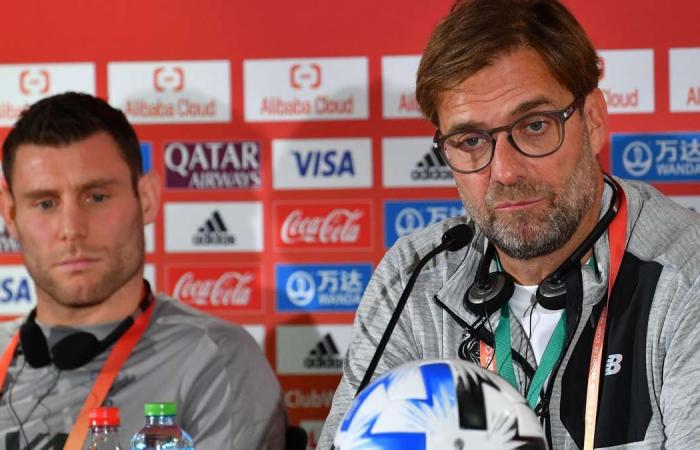 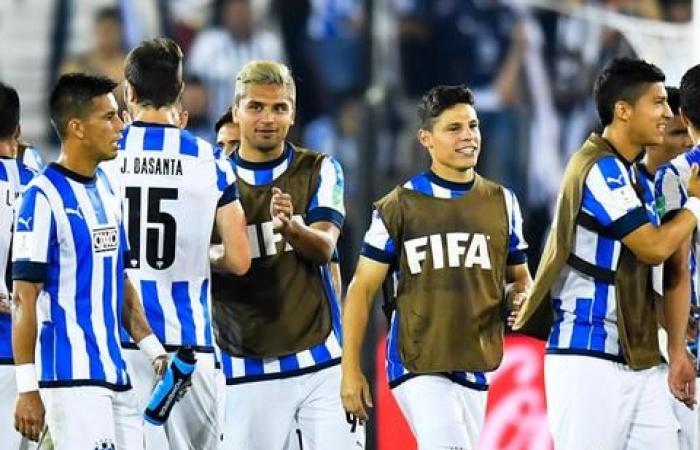 Hind Al Soulia - Riyadh - Jurgen Klopp says Liverpool are fully focused on giving everything this week at the Fifa Club World Cup, despite the tournament falling at a crucial time in the domestic season.

The European champions, beaten finalists when they last contested the continental competition in 2005, take on Mexico’s Monterrey in the semi-final in Doha on Wednesday, as they go in search of yet more silverware.

Liverpool arrive at the encounter in fine form, with Saturday’s 2-0 victory against Watford in the Premier League meaning they lead the standings by 10 points after 17 games. Liverpool, 18-time English champions, are chasing a first top-flight title in 30 years.

However, the match with Monterrey comes at a tricky time, only 24 hours after the club’s League Cup quarter-final against Aston Villa in England. For that, Liverpool decided to field a second-string side.

Should Klopp’s first team defeat Monterrey, as expected, they will advance to the Club World Cup final on Saturday, which takes place only five days before their crucial top-of-the-table league clash away to Leicester City.

Irrespective of that, though, Klopp was adamant when speaking to the media on Tuesday that Liverpool were not in the Middle East to simply make up the numbers.

“We don’t fly that distance to not show up,” he said. “We are here. We are completely focused on it. We will be prepared. We don’t see ourselves as favourites; we see ourselves as challengers. Is it the most important competition? I don’t know.

“If you’d said we should have a Club World Cup in middle of season I’d say no, being honest. But we are here and that’s our next task.”

While Liverpool enter the tournament at the semi-final stage, Monterrey have already been in action. On Saturday, the Concacaf champions defeated hosts Al Sadd 3-2 to set up the glamour meeting with their Premier League counterparts.

Yet, knowing Liverpool are heavy favourites to progress, Klopp warned his side against any complacency when the two teams go head-to-head at the Khalifa International Stadium.

“They are in a pretty good moment, they are in the lead quite often,” Klopp said, in reference to Monterrey's record in this season's Mexican league, where they lie eighth. “They have technically good players, strong players. I was impressed by the things I saw. They are brilliant footballers.

“We are always optimistic, ready to work hard. We will find a line-up to work hard and respect the opponent. We are full of respect for Monterrey and are looking forward to the game. It will be the first time for the club to win the [Club] World Cup."

Klopp confirmed that Georginio Wijnaldum would not be available, with the Dutch midfielder struggling following a muscle injury sustained against Watford. Wijnaldum was withdrawn just before the hour at Anfield.

As for the rest of the 20-man squad that travelled to Doha, Klopp said everyone was fully fit and ready for action.

Asked if he had any worries about the condition of the pitch in Doha, the German replied: “We spoke yesterday with our groundsman who is here. My concern was from England. When we arrived on Sunday it was half-raining, but our groundsman said it was built on sand and took the water off. Pitch, hopefully no concern.”

Klopp was also asked on his role, perceived by some, as a cheerleader on the touchline for his side, but said: “I don’t see myself as a cheerleader; my job is to help the boys as much as I can, especially in intense periods when it is tough. We still have a few things in our tank.”

Liverpool’s only other appearance in the rebranded Club World Cup was 14 years ago, when they prevailed in a last four against Deportivo Saprissa of Costa Rica before losing in the final 1-0 to Brazil’s Sao Paulo. That tournament was staged in Japan.

These were the details of the news Jurgen Klopp says Liverpool 'completely focused' on meeting with Monterrey and a chance to reach Fifa Club World Cup final for this day. We hope that we have succeeded by giving you the full details and information. To follow all our news, you can subscribe to the alerts system or to one of our different systems to provide you with all that is new.

PREV Dua Lipa breaks the Internet with ‘Studio 2054’: A virtual concert that has exceeded any fan expectations | Music
NEXT Valtteri Bottas on pole at Imola with Lewis Hamilton alongside