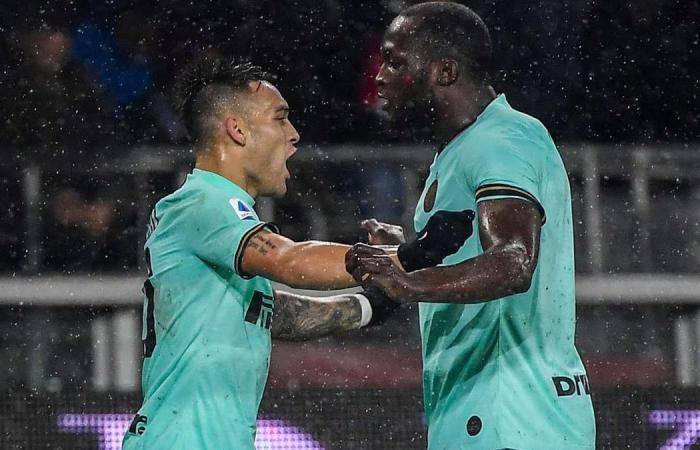 Hind Al Soulia - Riyadh - Construction work is under way at Internazionale’s secluded training site at Appiano Gentile, north of Milan, accommodation buildings being extended, the campus modernised. If he had his way the Inter head coach, Antonio Conte, would ask that a small plaque be mounted somewhere near the new doorways the players pass through on their way to the pitches. Beware Vertigo, it would read.

Inter are top of the Serie A table, and if they defeat Roma in San Siro on Friday night their lead over champions Juventus, who go to Lazio on Saturday, will grow to four points and guarantee top spot through the weekend.

Heady stuff for a team under a new coach, and one who repeatedly complains he is too short-staffed for this sort of pace setting. But as this is Inter, a club notorious over the last 30 years for finding ingenious ways to choke while in front, Conte will not be taking anything for granted.

Nor will those players who have already experienced the Inter jitters. This time two years ago, under Luciano Spalletti, they were also proudly at the summit of Serie A.

They then held serial champions Juve to a draw, to stay top into the third week of December.

After that, the vertigo they suffered either side of Christmas was of a very malign strain: Inter went eight matches without a win. They finished the season by just scraping into fourth place on the last day, 23 points behind Juve.

Conte is alive to the symptoms, and, being Conte, diagnoses them with a brusque bedside manner. After he had watched his Inter let a 2-0 win at Borussia Dortmund in the Champions League turn into a 3-2 defeat a month ago, he roll-called the lack of medals in his squad. “Apart from Diego Godin – ex of Atletico Madrid – these players have not won things, and so they have a lack of experience,” Conte seethed.

Besides which, they were all overworked, he added, returning to a favourite theme: “The squad is too limited, in numbers and overall quality, to compete in Serie A and the Champions League.”

Conte may be spared prolonged exposure to the second of those by the end of Tuesday, when Inter host Barcelona needing a win to guarantee progress to the knockout phase.

Though Conte would appreciate an extended opportunity to confront the perception he is a more skilled manager in domestic theatres – three league titles with Juventus, one with Chelsea – than in European competitions, the suspicion is that depriving Juventus a ninth successive Serie A crown in May would give him almost as much satisfaction as lifting the next European Cup.

Among the footballers whose absence of gold medals he pointed to are a few who probably ought to have won a league title or two.

Players like Samir Handanovic, the 35-year-old goalkeeper who has been setting exemplary standards at Inter since 2012, or Romelu Lukaku, who won a Belgian title as a teenager a decade ago, but passed through Chelsea and Manchester United without collecting the anticipated prizes that had drawn him to those clubs. Lukaku certainly carries a champion price-tag, Inter having paid United around €80m (Dh 32m). So far, he has more than honoured it.

He has 10 goals already from 13 starts in Serie A, in a new league, in a new country that, alas, has more than once subjected him to racial abuse in its stadiums and where he saw his head-to-head with Roma centre-half Chris Smalling, his friend and United colleague until the summer, crassly described as ‘Black Friday’ on the front of one newspaper.

On the pitch, Lukaku, 26, looks entirely at home, not least because of the flourishing attacking partnership forged with Lautaro Martinez, Inter’s foxy Argentinian forward.

They have scored 23 times between them while in tandem. As a point of comparison, that’s a more prolific rate of goals-per-shared-minute this season than the Liverpool pair Mohamed Salah and Sadio Mane, or Barcelona’s happiest of happy couples, Lionel Messi and Luis Suarez.

Conte had envisaged the compatibility when he determinedly pursued Lukaku in the summer transfer window. He and Lautaro quickly established a composite nickname, ‘Lula’ – Martinez, 22, tends to be known as Lautaro – and fed off each other’s strengths, the wiry Lautaro a foil to the imposing Lukaku.

“I have clicked with him straight away,” the Argentinian told Sky Italia, “and he’s a fantastic guy, too. Under previous coaches I found it harder because we played with a single central striker and it used to be the captain, Mauro Icardi [now at Paris Saint-Germain]. This season is better for me, and Conte has brought this intensity. It suits me.”

These were the details of the news Romelu Lukaku is reaching new heights with Inter Milan for this day. We hope that we have succeeded by giving you the full details and information. To follow all our news, you can subscribe to the alerts system or to one of our different systems to provide you with all that is new.