World No. 1 Brooks Koepka in defiant mood ahead of return to Saudi International at KAEC 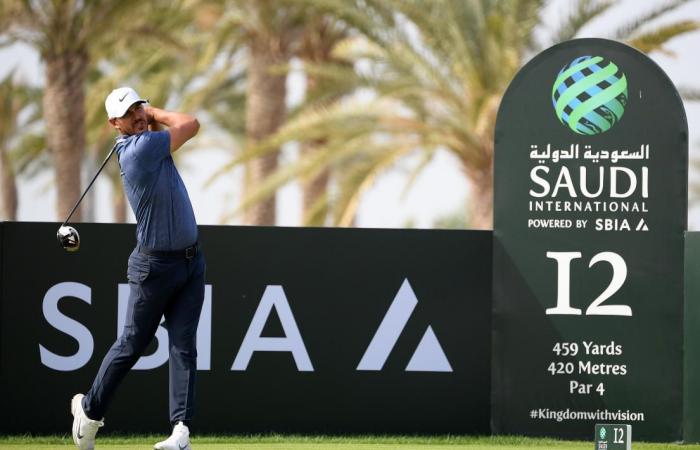 Thank you for reading the news about World No. 1 Brooks Koepka in defiant mood ahead of return to Saudi International at KAEC and now with the details

Jeddah - Yasmine El Tohamy - JEDDAH: Saudi golfers Othman Almulla and Faisal Salhab have said they cannot wait for the Saudi Ladies Championship to happen in the Kingdom, after a UK newspaper confirmed the tournament was one of three new events added to the Ladies European Tour (LET) schedule.

The Daily Telegraph said the Ladies European Tour would offer record prize money of £15.2 million ($19.87 million) for the 2020 season, an increase of almost £4 million on last year. The cash injection comes in part due to having three new events, all offering prize money of at least $1 million, including the inaugural Saudi Ladies Championship to be held in March.
The exclusive report said there would be 24 events on the LET this year, an increase of four from last year. In addition to the Saudi tournament and the Scandinavian Mixed event, the third event to have a prize pot of over $1 million will be a new event to be held in the UK in August, ahead of the Ladies Scottish Open and the Women’s Open.
Almulla and Faisal will both tee off alongside the biggest names in golf in the Saudi International, which starts next Thursday at the Royal Greens Golf & Country Club at the King Abdullah Economic City (KAEC).
Almulla, who turned professional during the inaugural staging of the Saudi International last year, is playing on a pro invite while the 23-year-old Riyadh-based Faisal qualified following his victory in the 5th Saudi Open at the Riyadh Golf Course in November last year.
Saud Alsharif, from the Eastern Province like Almulla, completes the Saudi trio in action in the Jan. 30 to Feb. 2 European Tour event. Alsharif earned his second straight stint in the tournament by virtue of his top ranking.
Almulla, a decorated amateur golfer and the youngest to qualify for the Dubai Desert Classic before another Saudi, Khaled Attieh, broke his record, told Arab News: “I think it’s a wonderful time for the sport of golf in Saudi Arabia, with the big developments the Saudi Golf Federation and Golf Saudi have put in place.”
“We already see the rewards of their ambitious plans with the first-ever female participation in an international event at the Pan Arab and GCC Championships in Egypt and Oman this year.
“And now with the first-ever ladies professional golf championship happening in Saudi Arabia, this will further motivate and inspire the next generation of golfers to continue improving,” Almulla added.
Salhab, who just ended a training camp with Alsharif and coach Jamie McConnell, director of instruction at the Claude Harmon Golf Academy in Dubai, said: “It’s great to have a Ladies European Tour event in Saudi Arabia. It emphasizes how the game is growing.
“It’s unreal to have such big events for men and women hosted in the Kingdom and hopefully inspire the next generation of golfers to pick up the sport.
“By having an event like this one take place in our backyard will hopefully expose many women to learn about the beautiful game,” Salhab added.
The Saudi Ladies Championship, professional golf’s newest high-profile tournament being hosted by the country, will take place March 19 to 22 at the Royal Greens Golf & Country Club under the aegis of the LET and the Saudi Golf Federation.
Golf Saudi announced last month that it was working with several LET stars to promote golf to local audiences, and to enhance the visibility of its Saudi golf development program and the country’s golf tourism. The UK’s Carly Booth, Amy Boulden and Rachel Drummond, and Swedish pair Camilla Lennarth and Isabella Deilert, will each wear the Golf Saudi logo as ambassadors of the program.

These were the details of the news World No. 1 Brooks Koepka in defiant mood ahead of return to Saudi International at KAEC for this day. We hope that we have succeeded by giving you the full details and information. To follow all our news, you can subscribe to the alerts system or to one of our different systems to provide you with all that is new.