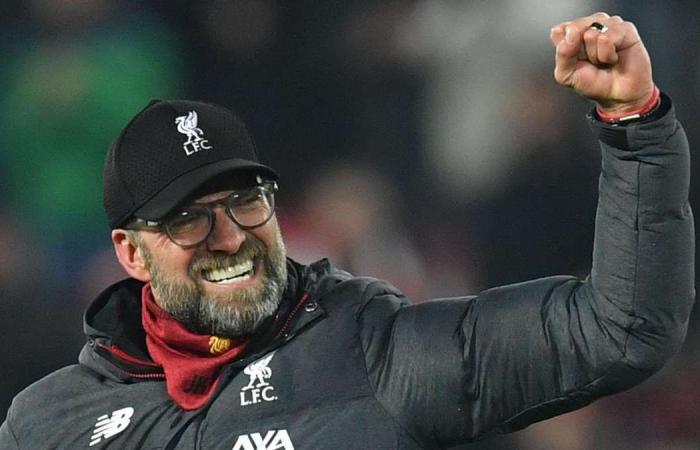 Liverpool stretched their lead at the top of the Premier League to 16 points on Thursday with a 2-1 win over Wolves.

With a game in hand over nearest challengers Manchester City, Klopp again brushed off suggestions that it is inevitable Liverpool will win their first English league title for 30 years.

"We couldn't care less about these kinds of things," Klopp said ahead of Sunday's fourth round tie at third-tier Shrewsbury.

"As far as I'm concerned I think we are not even mathematically qualified for the Champions League for next year so the only thing we can do is focus on the next football game.

"This is now Shrewsbury, then West Ham, then Southampton. Then we have a week off and then we start again. That's the plan.

"I don't know another plan so whatever you say about us, if it's positive, thank you very much. If it's negative, I don't care."

While Klopp may be quick to dismiss suggestions the title is already wrapped up, one headache the German must contend with is the potential long-term unavailability of star winger Sadio Mane.

Mane limped off in the first half at Molineux and Klopp said the severity of the Senegal winger's injury.

Klopp said he would make changes for the trip to third tier Shrewsbury after shaking up the side in the previous round against Everton.

Senegal winger Sadio Mane is unlikely to recover after coming off injured in the win over Wolves, with Klopp saying the Senegalese winger would have a scan on his injured ankle before making any diagnosis of how long he might be sidelined.

Cup holders Manchester City are also in action as they host Championship side Fulham.

Manager Pep Guardiola called for FA Cup replays to be scrapped, with the Catalan one of several Premier League bosses concerned about the damage being done to his players by the gruelling demands of the English fixture list.

Guardiola has already admitted he would be happy to see the League Cup cancelled as a way to ease congestion, even though City have won the competition for the last two seasons and face Manchester United in the semi-final second leg next Wednesday.

"I'm not saying what the FA has to do. When I said my comment I never expected the League Cup or FA Cup was going to go.

"What is nice about this country is how you maintain the traditions. In traditions you can involve some new things to make the competitions nicer, but all the traditions are there, not just in sport but in culture and society and that is top. I admire that.

"The League Cup and FA Cup will be played. But maybe we could cancel the replays, have less teams in the Championship or Premier League."

These were the details of the news Jurgen Klopp 'couldn't care less' about Liverpool's champions-elect tag as he prepares for Shrewsbury FA Cup tie for this day. We hope that we have succeeded by giving you the full details and information. To follow all our news, you can subscribe to the alerts system or to one of our different systems to provide you with all that is new.