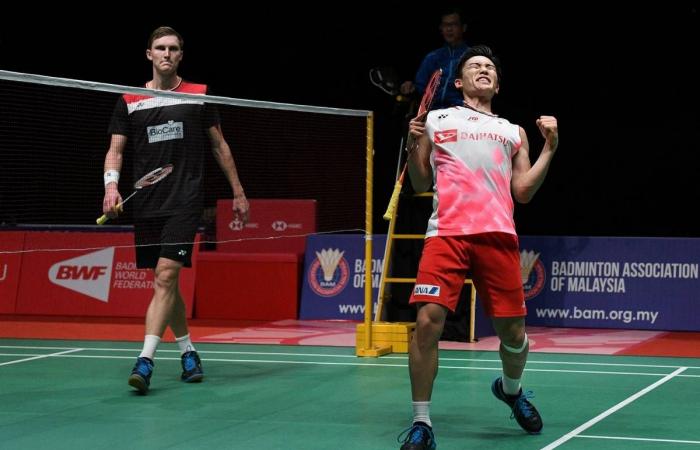 World number one Kento Momota won the Malaysia Masters after easily defeating Denmark's Viktor Axelsen 24-22, 21-11 on Sunday.
The victory in Malaysia lends credence to Momota's drive to win the gold in July's Tokyo Olympics.
The reigning world champion told reporters that he eyes more success in 2020.
Momota currently the best player on the planet, won a record 11 titles last year.
"My condition was not perfect coming into this tournament, but I was focused on this week and was able to play calmly," said the Japanese star, who pocketed $30,000.
"I do not think I am the strongest, but I am sharp and confident especially after winning the World Tour Finals last year. I know when to focus on attack and defence."
Momota held a 13-1 win record against Axelsen coming into this showdown, but the lanky Dane tried to close the gap by racing to a 7-1 lead in the opening game.
But Momota kept his calm and eventually took the first game despite Axelsen holding match point on three occasions.
The second game was dominated by the 25-year-old Momota, who defended strongly against Axelsen's aggressive attack.
He took 54-minutes to defeat Axelsen.
Axelsen could have taken the first game at 21-20, but a racquet fault denied him.
The Dane, however, admitted Momota would have still won if it had gone to three games.
"It could have been different, but Momota has shown he is stable in three games," he said.
Chen Yu Fei took home the women's singles title when she ousted Taiwanese top seed Tai Tzu-Ying 21-17, 21-10.

These were the details of the news Japan's Momota lifts Malaysia Masters for this day. We hope that we have succeeded by giving you the full details and information. To follow all our news, you can subscribe to the alerts system or to one of our different systems to provide you with all that is new.