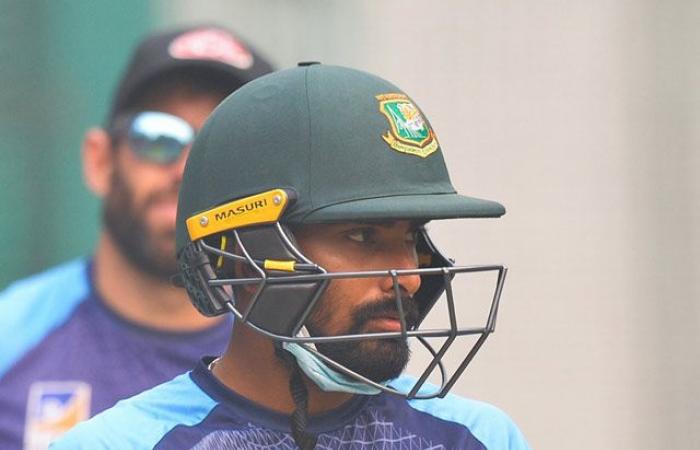 Mohamed Nass - Dubai - Bangladesh players trained in masks in gloomy smog Saturday ahead of the opening match of their India tour but insisted they have no choice but to endure the conditions in pollution-stricken New Delhi.

Liton Das, Shafiul Islam, Aminul Islam and bowling coach Daniel Vettori all wore masks in their final training for the Twenty20 international but Bangladesh captain Mahmudullah Riyad said no player had been affected by the extreme conditions.

The Indian capital has been engulfed by its worst pollution of the year which authorities said Friday had reached "emergency" levels. Schools have been closed and other restrictions imposed.

"We had a chat about these conditions. I think probably it is not within our control," Mahmudullah told reporters. He said Bangladesh were focusing on "trying to adapt to the conditions", playing and winning.

"Everybody is healthy and fine," he added.

Bangladesh coach Russell Domingo had also downplayed fears, while admitting that some players had "scratchy eyes" and sore throats after Friday's practice.

"When we first came here, there was smog, we all know, but the players have practiced for the last three days," said Mahmudullah.

Much of the new peak in the most dangerous PM 2.5 pollutants - particulates smaller than 2.5 microns that get into the lungs and bloodstream - has been blamed on fires lit by farmers to burn off stubble in regions around New Delhi.

Bangladesh arrived in India in shock after star all-rounder Shakib Al Hasan was last week handed a two-year ban for failing to declare illegal approaches by a bookmaker in 2018.

The International cricket Council (ICC) ban ruled Shakib out of the tour and next year's World T20 in Australia.

Mahmudullah, who took over as T20 captain, put on a brave face, saying he will try to lead from the front in Shakib's absence.

"He made a mistake but did not commit a crime. We still have the same love that we had for him," said Mahmudullah.

"That's an issue that has gone by. Probably it will be a proper opportunity for the younger guys to show up and stand up for the Bangladesh team."

India's stand-in T20 captain Rohit Sharma did not discuss the pollution and concentrated his comments on preparations for the T20 world chmampionship.

While India top the world Test championship table, they are just fifth in the T20 rankings and Sharma, who will play his 99th T20 international and become the most capped player in the format, said they would have to progress.

"We want all our bases covered before we head in to that World Cup in Australia. So this is the perfect time to do all of that but at the same time we want to win games as well," said Sharma, leading the team while Virat Kohli is rested.

These were the details of the news Bangladesh cricket players prep for India international in masks for this day. We hope that we have succeeded by giving you the full details and information. To follow all our news, you can subscribe to the alerts system or to one of our different systems to provide you with all that is new.