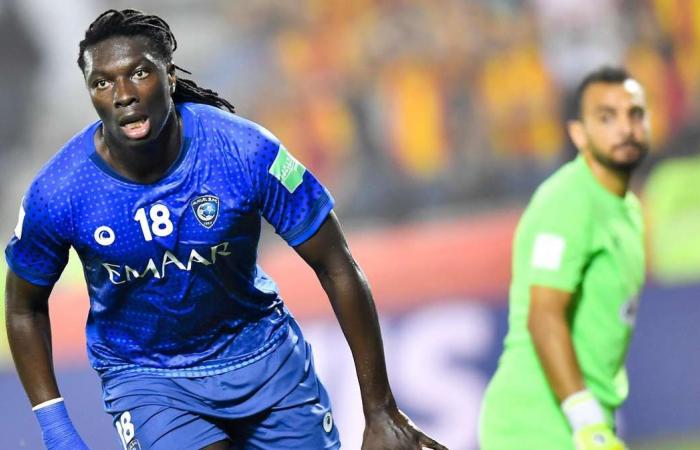 Hind Al Soulia - Riyadh - Al Hilal are through to the semi-finals of the Fifa Club World Cup after they defeated Esperance de Tunis 1-0 on Saturday.

Hilal had to play the final five minutes with 10 men, though, following Mohammed Kanno’s sending off for a second bookable offence. The midfielder had received his first yellow card only minutes before.

Making their inaugural appearance at the Club World Cup, Hilal now face Copa Libertadores champions Flamengo in the last four on Tuesday. The Brazilians, who watched the match from the stands, enter the competition at the semi-final stage.

Although Hilal largely dominated, Esperance almost took the lead on 12 minutes, when goalkeeper Abdullah Al Mayouf erred to allow Anice Badri an attempt at goal. However, the Tunisian dragged wide his shot.

At the other end, Hilal captain Carlos Eduardo chipped straight at goalkeeper Moez Ben Cherifia after Salem Al Dawsari had played him through on goal.

Hilal thought they had a penalty just before the half hour, with Eduardo barged off the ball as he bore down on goal, but the referee reversed his decision upon seeing his assistant had deemed the midfielder to have been offside.

Hilal were in the ascendancy, and could have snatched the lead right on half time. Persistence from Al Dawsari down the left flank set up Andre Carrillo, whose effort was saved well by Ben Cherifia. Defender Mohamed Yacoubi then headed clear the rebound from underneath the crossbar.

Hilal began the second half as they finished the first, with Kanno blasting over from Carrillo’s clever pass. Yet the Saudi side were almost made to pay for their profligacy not long before the hour, when Yasser Al Shahrani inadvertently sent his clearance over Al Mayouf and towards his own goal, only for the Saudi stopper to claw the ball away from the line.

Hilal soon introduced Gomis and, within nine minutes, the 2019 Asian Champions League top scorer had given his team the lead. Receiving Carrillo’s pass over the Esperance defence, Gomis scooped the ball over the sliding Yacoubi before drilling a volley into the bottom corner.

Moments later, Omar Khribin missed a golden opportunity to double Hilal’s advantage, before Kanno was sent off in the closing stages. However, it didn’t matter as Hilal held on to set up that clash with Flamengo, while Esperance exited the tournament at the same stage for the third successive time.

These were the details of the news Bafetimbi Gomis strikes to send Al Hilal through to Club World Cup semi-finals for this day. We hope that we have succeeded by giving you the full details and information. To follow all our news, you can subscribe to the alerts system or to one of our different systems to provide you with all that is new.