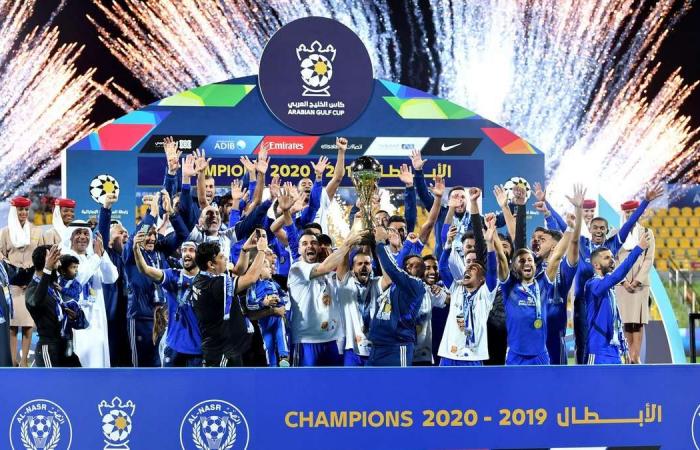 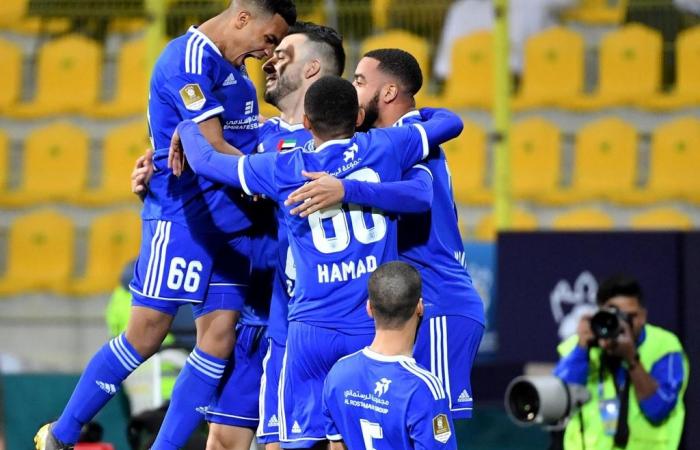 Hind Al Soulia - Riyadh - Quick strikes on either side of half time from Spanish forward Alvaro Negredo and the Portuguese midfielder Toze set the platform for Al Nasr to annex the Arabian Gulf Cup from Shabab Al Ahli 2-1 in the final at the Al Zabeel stadium in Dubai on Friday.

Negredo scored the fastest goal in the history of the competition in eight seconds to put Nasr ahead and Toze regained the led five minutes into the second half after Yousef Jaber had struck the equaliser on 13 minutes.

Nasr’s joy was cut short when the UAE international Jaber rose above their defence to head in a free kick from Argentine Federico Cartabia for the equaliser.

Nasr had an excellent opportunity to regain the lead five minutes before the break. Negredo worked down the left flank to send a low cross inside the box but Toze sent it wide from front of the posts.

The Portuguese made amends, though, with precision shot five minutes into the second half.

Negredo’s effort from inside the area ricocheted off a defender and fell on Tozo’s path and the Portuguese made sure with an excellent shot to the bottom left corner of the net.

Shabab Al Ahli, the four-time champions of the Cup, pushed hard for the equaliser and came twice close in cancelling Nasr’s lead for the second time.

Shabab Al Ahli’s Brazilian forward Henrique Luvennor’s effort from a difficult angle crashed against the near post on 65 minutes.

The Nasr keeper Ahmed Shambieh did well to block a powerfully struck shot from UAE international Ismail Al Hammadi as they saw off Shabaab Al Ahli’s challenge to lift the title for the second time since their success in 2015.

“Obviously we are very happy winning this title,” the Nasr manager Kronoslav Jurcic said in the post-match interview.

“This is a big achievement in a job that I have been only for three months. I would like to congratulate my players and all those in the club who worked so hard for this success.

“This result is a team effort. We can’t achieve anything in life, not only in football, without a collective effort.

“I didn’t come here with a magic stick to change the fortunes of the club. No coach can achieve results without the teamwork.

“We have taken a big step forward but we still have a lot of hard work ahead to achieve more success. And that’s what we want to do after two days when the celebrations are over.”

Shabaab Al Ahli manager Rodolfo Arruabarrena congratulated Nasr and said they were meticulous in their preparation.

“The first half was a comedy of errors,” the Argentine said. “The first goal was a surprise and affected our style of play. We made mistakes we shouldn’t have made.

“We still did well to get back into the game quickly after conceding the first goal. And it was a game worthy of a final. This game is behind us now and we still have three other competitions to play. We should be calm at this moment.”

These were the details of the news Al Nasr lift Arabian Gulf Cup with victory over Shabaab Al Ahli for this day. We hope that we have succeeded by giving you the full details and information. To follow all our news, you can subscribe to the alerts system or to one of our different systems to provide you with all that is new.