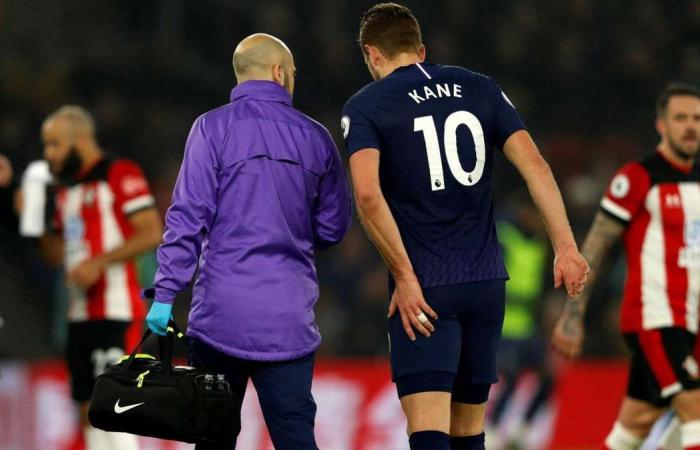 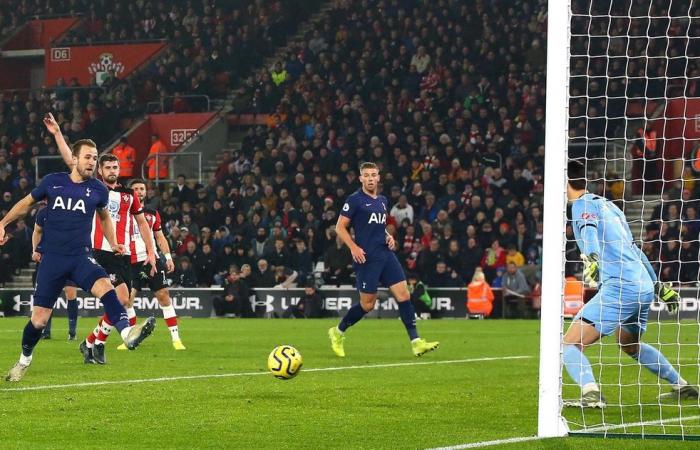 Thank you for your reading and interest in the news England captain Harry Kane unlikely to be fit for Euro 2020, says leading surgeon and now with details

Hind Al Soulia - Riyadh - England captain Harry Kane is unlikely to be fit for Euro 2020 this summer, according to a leading orthopaedic surgeon.

Kane went under the knife on Saturday to repair a ruptured tendon in his left hamstring and the club have said they expect him to resume training in April.

However, his participation at this summer's tournament was plunged into doubt earlier this week when Tottenham Hotspur manager Jose Mourinho raised the possibility of Kane not being fit until next season.

The 28-year-old limped out of Spurs' 1-0 defeat at Southampton on New Year's Day in a major blow to manager Jose Mourinho's plans for the rest of the season.

Gareth Southgate's England, meanwhile, are due to play their first game of Euro 2020 on June 14 against Croatia at Wembley Stadium.

And although Chris Wilson, one of the country's prominent doctors in the procedure, has no specific knowledge of Kane's case, he says patients generally require six months recovery before they are back playing.

"I would expect it to be six months before he could return to action," Dr Wilson, who has performed the same operation 75 times, told the PA news agency.

"There is a big range of opinion because it is such an uncommon procedure and some surgeons may say quicker.

"If the repair was good and sound, the first six weeks he will be nursing the repair and doing very little.

"Six to 12 weeks, providing everything was OK, he will be doing basic strengthening exercises.

"At three months, you would start a normal hamstring rehabilitation that you would do if you got a tear in the middle of the muscle.

"If I was talking to a top-level footballer I would want to manage their expectations and say I wouldn't anticipate them being fit and playing normally in a game for six months following the surgery.

"If it was me I would say aim for getting fit for pre-season training. I am aware in Harry Kane's case they have been saying April or May – I have to say I would be very surprised."

Kane has a history of defying medical opinion to return quickly from a string of ankle ligament injuries.

Dr Wilson, who is the surgeon for Championship sides Cardiff and Swansea and has operated on Olympic athletes, has urged caution with Kane's recovery, even if he is feeling good.

"Coming back too early increases the risk of re-rupture. There is no getting around that.

"Most of the surgeons will say it will take at least three months before he is doing some normal running and training.

"He may defy expectations. If it was me, I would say forget playing before six months, no matter how good you feel.

"His surgeon may be a bit more relaxed about it and say, 'Get to three months and see how he is'."

With a summer tournament just five months away, where England play their three group games on home soil, Dr Wilson says Kane's surgeon could come under pressure to give him the green light to recover.

"It's not impossible [he could return sooner], maybe with a repair of the single tear," he said.

"It is not really a set science. The surgeon will know how strong the repair is.

"The club's staff may be pecking away at the surgeon. I have had this with footballers and rugby players, they may say, 'Look he is fine, why are we holding him back?'.

"The trainers shorten the recovery, with the intensity of input they may get him back in three or four months, who knows, but personally I would be very surprised."

These were the details of the news England captain Harry Kane unlikely to be fit for Euro 2020, says leading surgeon for this day. We hope that we have succeeded by giving you the full details and information. To follow all our news, you can subscribe to the alerts system or to one of our different systems to provide you with all that is new.