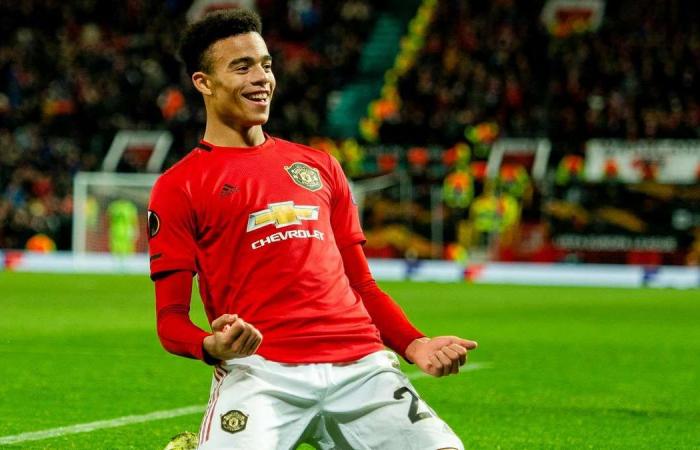 Thank you for your reading and interest in the news Charlton, Best, Giggs, Neville, Beckham: A new milestone for the Manchester United academy and now with details

Hind Al Soulia - Riyadh - Unless Ole Gunnar Solskjaer decides to be a troll, Sunday’s match against Everton with be the 4000th consecutive game with an academy graduate involved in Manchester United’s first team squad.

Those include a couple in the Anglo Italian Cup and others classed as friendlies, but the point stands: it’s an unrivalled academy milestone.

There have been 10 first team debuts for academy graduates this season and home-grown players account for more than a third of minutes played by all first teamers. United’s side at Astana two weeks ago was the youngest in their history.

Paul Pogba, Jesse Lingard, Andreas Pereira, Marcus Rashford, Axel Tuanzebe, Scott McTominay and Greenwood are adding to the heritage which has been at the heart of the club’s identity since the run began in 1937.

“This is an amazing record; it tells you everything about Manchester United,” said Butt, now himself Head of First Team Development. “The ultimate aim for the academy is to get players into the first team and for that to have happened for 4000 consecutive games is an extraordinary achievement.”

United – with the agreement of their fans – are dedicated to the development of home-grown talent. They fell behind Manchester City and Chelsea at the start of this decade but are now investing four times as much into the youth system as they were when it was under-resourced in 2015. There will be further investment into the training facilities too as the club aim to build future generations of successful and exciting teams in keeping with the spirit of the Busby Babes and the Class of 92.

Vice-Chairman Ed Woodward also stressed the importance of the academy, distancing United from the previous unsatisfactory policy of buying high-priced stars who come for money. "It is huge part of who we are as a club and what we want to achieve. We ultimately want to develop young players who are talented enough to wear the Manchester United shirt, but we also want to develop good people who are humble, confident, disciplined and creative.”

As for first team manager Solskjaer, who was under huge pressure two weeks ago before enjoying his best week of 2019 with impressive wins against Spurs and Manchester City, this a major part of the return to the old United way which he perceived had been lost post-Ferguson, and he has certainly lived up to his words, through necessity as well as choice. “Giving young players a chance is a tradition that we are very proud of; it’s part of our DNA and you learn that very quickly when you join the club. Nothing gives me more pleasure than seeing a player that has come through our academy thriving on the football pitch. Young players can only surprise you and impress you when you give them a chance to show their talent. It’s a milestone that we are proud of and long may it continue.”

Solskjaer has in the past managed United’s reserves and works closely with Butt and Nick Cox, the Head of the Academy, wanted to praise the many people involved in bringing youngsters through.

“This has taken lot of hard work, dedication and passion from a long succession of youth developers,” said Cox. “I pay a huge tribute to each and every member of staff, player and family member involved. This unrivalled record has been built steadily by wonderful people over many years and we’ll ensure that the academy remains the lifeblood of the club.”

A sentiment which rings true with fans of the club which used to claim it had built, not bought.

These were the details of the news Charlton, Best, Giggs, Neville, Beckham: A new milestone for the Manchester United academy for this day. We hope that we have succeeded by giving you the full details and information. To follow all our news, you can subscribe to the alerts system or to one of our different systems to provide you with all that is new.