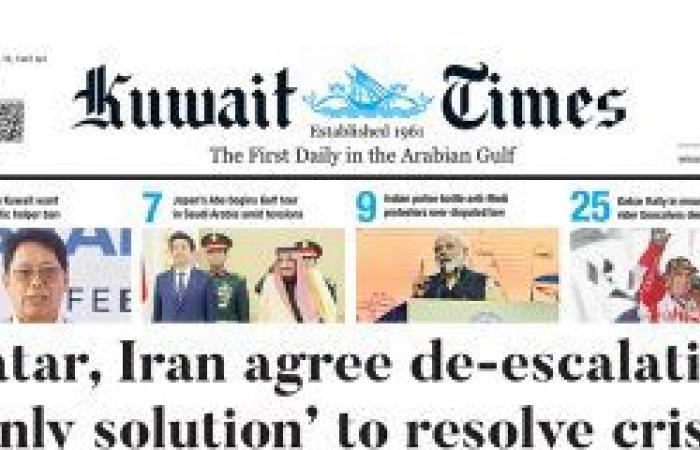 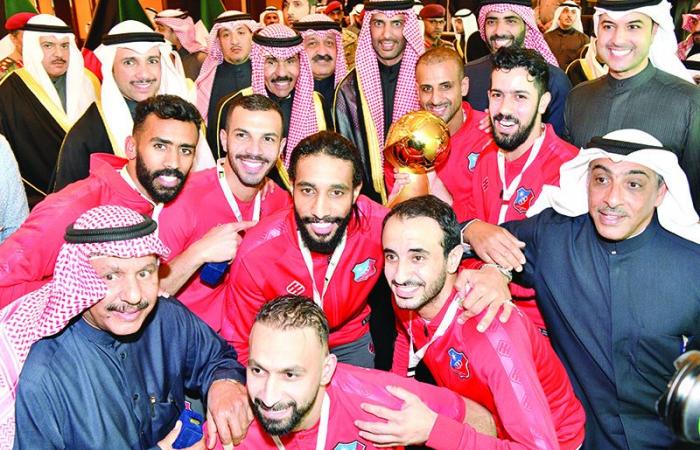 Kuwait - Yasmine El Tohamy - KUWAIT: Kuwait Sports Club clinched the 27th Crown Prince Cup for the eighth time in its history after beating Al-Arabi Sports Club in a penalty shootout (3-2) yesterday at Jaber International Stadium. The match was held under the patronage and presence of His Highness the Crown Prince Sheikh Nawaf Al-Ahmad Al-Jaber Al-Sabah.

The first half witnessed a defensive approach by both sides. Play was limited with the passage of time, and the players of two teams kept calm with counterattacks to open the score, but the net was impenetrable for them.

With the start of the second half, Kuwait Sports Club imposed its rhythm on the course of the game, tightened its control, launched several attacks and threatened Al-Arabi’s goal on more than one occasion, but all attempts of the two teams were unsuccessful, and the match ended in a goalless draw.

The match moved to extra time, which witnessed several offensive attempts by both teams, but the score remain the same. In the penalty shootout, Kuwait Sporst Club goalkeeper saved three penalties, which decided the winner.

His Highness the Crown Prince Sheikh Nawaf Al-Ahmad Al-Jaber Al-Sabah handed the trophy to the captain of Kuwait SC Hussein Hakeem, and also handed the medals to the winners and runners-up. Al-Arabi had qualified for the final by defeating Al-Nasr with a clean goal, while Kuwait Sports Club had beaten Khaitan Sports Club 2-0. – KUNA

These were the details of the news Kuwait Sports Club lift Crown Prince Cup for this day. We hope that we have succeeded by giving you the full details and information. To follow all our news, you can subscribe to the alerts system or to one of our different systems to provide you with all that is new.