Spanish Super Cup in Saudi Arabia: La Liga continues its battle for global domination with Premier League, but what about cost to fans? 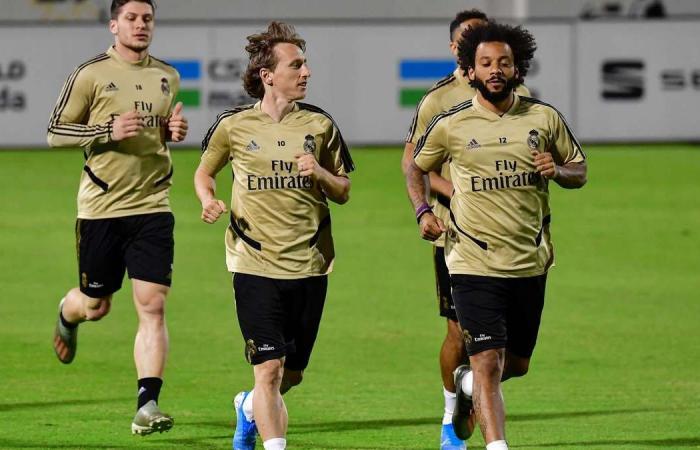 Thank you for your reading and interest in the news Spanish Super Cup in Saudi Arabia: La Liga continues its battle for global domination with Premier League, but what about cost to fans? and now with details

The winners of the games will meet on Sunday in the same 62,000-seater venue to decide who will be crowned 2020 Spanish Super Cup champions.

The four teams are the two finalists of the 2018/19 Copa del Rey and the remaining highest ranked teams in last season’s league not in the cup final. That was one way of shoehorning Spain’s four biggest clubs into a competition for its 36th edition.

It’s traditionally a game between the winners of the league and cup, played on a home-and-away basis at the start of the season, though the game last season was held as one off match in Tangier, Morocco.

The next three years will be in Jeddah after a €120 million (Dh492m) three-year deal to take it to Saudi Arabia was agreed in November, dwarfing any previous monies received. The move to January is also a change, with the competing clubs exempt from this weekend’s Copa del Rey ties.

Interest in Saudi Arabia has been high. The stadium has sold out for the Barca game, there are 10,000 left for the Madrid game while 40,000 tickets have been sold for Sunday’s final.

The teams will take their main squads, though Gareth Bale and Karim Benzema have both been left in Spain, due to injury and illness, respectively.

Luka Jovic, the Serbian who cost €60 million from Eintracht Frankfurt last summer, will be Madrid’s main attacker and needs to add to his solitary goal so far. Barcelona will be without goalkeeper Marc-Andre ter Stegen.

While locals are buying tickets, what of the fans in Spain who would have gone to the games if it has stayed in the country? Tickets cost only €25, but Madrid have only sold 700 – most of them to socios already in Saudi Arabia rather than in Madrid; Barca have sold 300, Atletico 50 and Valencia just 26.

Clubs are prioritising money over their own hardcore fans. The four competing teams have sold only nine per cent of the 12,000 tickets allocated to them.

Travelling so far immediately after the festive period excludes almost all of them, but while La Liga clubs are fined for empty seats in games, that’s just for show and to avoid embarrassment – the priority is a global one rather than fans who actually attend matches.

Spanish clubs traditionally have poor travelling support. There were almost no Madrid fans at December’s clasico. Travelling away has never been part of the culture like it is for thousands of fans in Germany or England each week and the Super Cup is hardly the Champions League.

Spain’s football federation, who have struck the deal, have joined La Liga is aggressively pushing its presence around the world in a two-horse race with England’s Premier League to capture global attention.

Every game has a different kick off time with algorithms deciding which will garner the most views. China is the big prize, the USA too. Wealthy countries or emerging economies are also attractive.

Saudi Arabia is staging more high profile sports events. The money is an attraction for the competitors and there’s undoubted interest shown by the ticket sales, but don’t expect everyone to celebrate the shift.

These were the details of the news Spanish Super Cup in Saudi Arabia: La Liga continues its battle for global domination with Premier League, but what about cost to fans? for this day. We hope that we have succeeded by giving you the full details and information. To follow all our news, you can subscribe to the alerts system or to one of our different systems to provide you with all that is new.