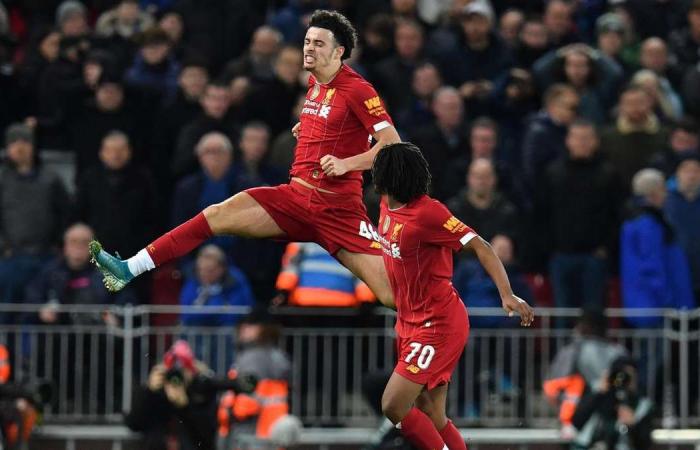 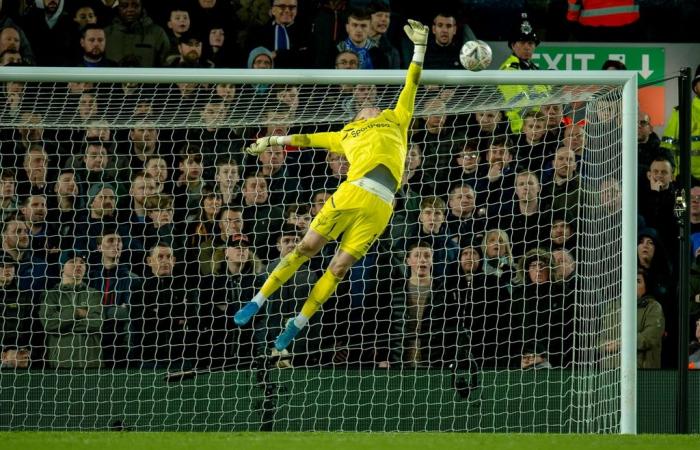 Hind Al Soulia - Riyadh - It says something about Liverpool’s winning mentality that they can triumph even in a Merseyside derby with a second-string side. It says something about Everton’s Anfield jinx that, even when it seemed they would never get a better chance to prevail on the other side of Stanley Park, they were defeated.

The 235th Merseyside derby illustrated the one-sided nature of the relationship between neighbours. Everton, who still have not tasted victory at Anfield since 1999, were beaten by a goal from a player who was not born then.

Teenager Curtis Jones was one of seven players aged 22 or under who were on the pitch for Liverpool for the majority of the match. A glorified reserve team beat a full-strength Everton. Carlo Ancelotti is the serial winner who took the FA Cup seriously but who experienced the same sensations as his predecessors as Everton manager: derby disappointment.

Given how packed Liverpool’s season has been, the sense was that Jurgen Klopp wanted to avoid a replay. Just when one beckoned, Jones averted it by booking them a place in the last 32 when he accepted Divock Origi’s pass and curled an unstoppable shot into the top corner for his first Liverpool goal.

At 18, the Liverpudlian had already shown he has the temperament and the talent for the big occasion. He scored the winning penalty in the shootout against Arsenal. This felt proof that Liverpool have a star in the making.

The team sheet alone offered Everton a rare opportunity for that elusive Anfield victory. Klopp made nine changes, rendering Harvey Elliott Liverpool’s youngest ever player in the FA Cup and fielding a starting 11 whose squad numbers amounted to 403.

If Liverpool’s success had meant they could downgrade a derby, their understudies played with verve, personality and no little quality. Klopp’s argument had been that he respected the FA Cup but also his players, and injuries meant he had scarcely rotated over Christmas.

They refuted the theory they had resigned themselves to defeat, but they were depleted further after seven minutes when their 'senior citizen' limped off. A day after turning 34, James Milner was injured while challenging Theo Walcott. Yasser Larouci came on to become the third debutant of the game and Liverpool’s 18th of the season.

Nathaniel Phillips and Takumi Minamino had already been given their Liverpool bows with the Japanese adopting Roberto Firmino’s role in the centre of the attack.

Centre-back Phillips had a shaky start but the forward had an opportunity to emulate Virgil van Dijk, who made his Liverpool debut against Everton two years ago and marked it with a goal. He met Origi’s cross with a glancing header that angled past the post.

Everton had nevertheless started the better but they could rue their inability to take a couple of early chances. Adrian deputised for Alisson in goal and did a fine impression of Liverpool’s rested regular.

The Spaniard made a fine save from Dominic Calvert-Lewin, denying the in-form forward a fourth goal of Ancelotti’s brief reign. The Spaniard also parried a header from the unmarked Mason Holgate. Perhaps his best block came at Richarlison’s expense when the Brazilian latched on to Walcott’s low cross.

Yet they struggled to build on that as Liverpool grew into the game. Their next generation illustrated that they harbour plenty of promise.

Neco Williams built on his encouraging performance against Arsenal in the Carabao Cup and tested Jordan Pickford with a stinging shot from distance. Elliott showed glimpses of skill and Lucas Digne was booked for fouling the 16-year-old. Joe Gomez, a senior figure in this side, oozed authority at the back.

Origi’s cult-hero status at Anfield is in part because of his exploits in Merseyside derbies and he almost added another goal. He twisted, turned and angled a shot towards the far corner of the Everton net. Pickford, who was hideously culpable for Origi’s 2018 winner in front of the Kop, fared altogether better with a brilliant save.

The Everton goalkeeper made a further save from the Belgian but there was little he could do when Jones took aim. Ancelotti had made the more positive changes, bringing on Moise Kean and switching to an attack-minded 4-4-2 but Liverpool’s youngsters found the class that Everton’s more experienced players could not.

Marco Silva’s reign was brought to an end a day after a 5-2 thrashing at Anfield. Ancelotti had his first major setback on the same ground and Everton’s long wait will extend into a 26th season. They have not won a trophy since 1995. They will not claim one this year, either.

These were the details of the news Curtis Jones special extends Everton's wait for win over Liverpool at Anfield for this day. We hope that we have succeeded by giving you the full details and information. To follow all our news, you can subscribe to the alerts system or to one of our different systems to provide you with all that is new.