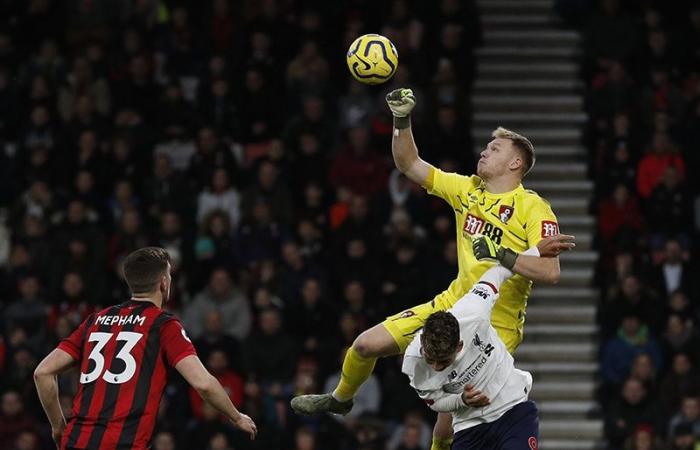 BOURNEMOUTH: Jurgen Klopp could hardly have asked for more as his Liverpool side eased their way to a comfortable 3-0 win at Bournemouth ahead of Tuesday’s decisive Champions League visit to RB Salzburg. First-half goals from Alex Oxlade-Chamberlain and Naby Keita put the Reds in control before Mohamed Salah wrapped up the win early in the second half while a first clean sheet since September ensured there was no chance of a late scare.

Victory moved Klopp’s Premier League leaders 11 points clear of Leicester City, 24 hours before Brendan Rodgers’ team face Aston Villa, and added more pressure on Manchester City immediately before the Manchester derby. It was the ideal preparation for the visit to Austria, where Liverpool need a point to guarantee their progress into the Champions League knockout stages. Klopp made seven changes to the side that beat Everton 5-2 on Wednesday and the controlled manner of this victory meant his players were spared any unnecessary exertion before their European challenge.

And the manager could also draw satisfaction from the performance of Salah, who delivered the desired response after being withdrawn in the previous weekend’s unconvincing defeat of Brighton and rested for the Everton clash. The forward provided an assist for Keita — impressive on his first Premier League start of the season — and tormented Bournemouth throughout. The only flaw from Klopp’s point of view was that his side took time to get into their stride. That all changed 10 minutes before the interval when the balance of the game shifted over the course of a minute, and ensured Liverpool could sign off their domestic duties in style.

BOURNEMOUTH BLOW
Nathan Ake, Bournemouth’s best defender up to that point, pulled up clutching his hamstring and it was clear the centre-back was unable to carry on. The Dutch international was replaced by Jack Simpson, making his first Premier League appearance of the season, and with the Cherries yet to settle after being forced to reorganise, Liverpool forced the lead.

Jordan Henderson delivered a long ball from deep inside his own half into the path of Oxlade-Chamberlain, who had surged forward into the space between centre-back Chris Mepham and right-back Simon Francis, and the England international directed the ball past Aaron Ramsdale with a controlled volley.

Up until that point Bournemouth had appeared just as capable of taking the lead as Klopp’s league leaders. But the double blow of losing Ake and falling behind sapped belief from Eddie Howe’s side who remain without a league win since the start of November. And Liverpool took full advantage, adding the second a minute before the break after a clever exchange between Salah and Keita.

Keita played the ball into the Egypt international and continued his run forward to collect Salah’s backheeled return and finish easily past Ramsdale. After an unconvincing start to the game, Klopp could be satisfied his side were perfectly placed to close out the game. And their position was further strengthened when Keita repaid Salah’s earlier favour by setting up his team-mate for the 54th-minute third after collecting Simpson’s misplaced clearance.

Salah had threatened in the first half and this time he made no mistake, slipping the ball past Ramsdale. There was little in the way of a response from the home side and Liverpool’s margin of victory would have been even greater but for the efforts of Ramsdale, who capped his afternoon with a fine save to deny Henderson’s free-kick in the final seconds. – AFP

These were the details of the news Liverpool cruise against Bournemouth for this day. We hope that we have succeeded by giving you the full details and information. To follow all our news, you can subscribe to the alerts system or to one of our different systems to provide you with all that is new.