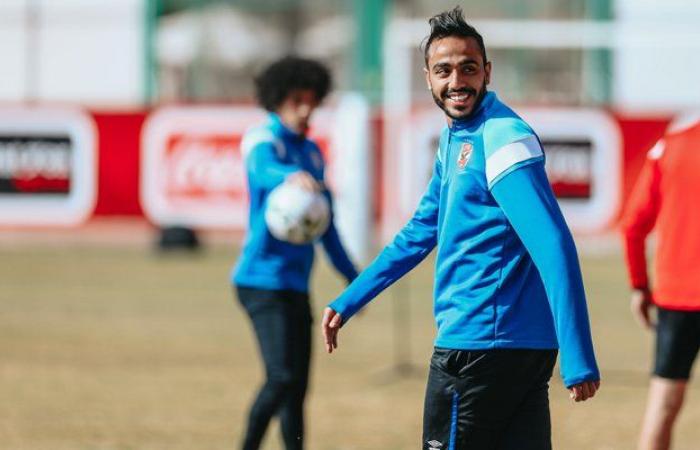 New signing Mahmoud Kahraba has been named in Al Ahly’s squad for FC Masr clash as he is set to make his debut.

Kahraba has joined Al Ahly from C.D. Aves on a free transfer this January after terminating his contract with the Portuguese side.

The former Zamalek winger is not set to make his debut for Al Ahly as he included in their squad for FC Masr’s clash on Sunday.

Kahraba had received his international clearance on Saturday and will wear the number 26 shirt, the club has announced.

The Reds enter the game as league leaders, winning 100% of their games, with the last coming against Misr El-Makkasa on Wednesday.

Salah Mohsen, Aliou Dieng, Geraldo, Ahmed El-Sheikh, and Yasser Ibrahim have all also made the cut for Weiler’s squad.

These were the details of the news Kahraba included as Al Ahly name squad for FC Masr clash for this day. We hope that we have succeeded by giving you the full details and information. To follow all our news, you can subscribe to the alerts system or to one of our different systems to provide you with all that is new.