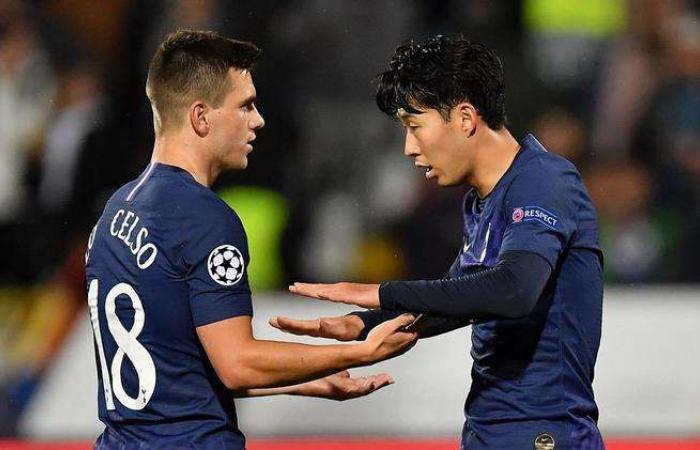 Having courted the Real Betis midfielder through the summer, they secured his services in the closing stages of transfer deadline day.

The deal felt default Daniel Levy. There was no £60 million (Dh290m) fee, as had been rumoured, initially at least. Instead, Spurs recruited Lo Celso provisionally on loan, a season-long arrangement with an option to buy.

The theory went that, as is typical in lieu of Levy's renowned rules of engagement, the devil was in the detail. Apparently, a loan agreement waived the sell-on sum to Lo Celso’s former employers, Paris Saint-Germain.

So a fiercely frugal club got their £60m man at first for a quarter of the price. They could make permanent the transfer next month, for an additional £27m; £34m to do likewise in June. If Spurs secure Champions League qualification for next season, as Betis vice-chairman Jose Catalan confirmed last week, that latter fee is mandatory. Should they not, it becomes voluntary.

Whether Spurs decide to do so is open to debate, for Lo Celso is yet to make his mark. He has appeared 10 times for his temporary club, starting once in both the Premier League and the Champions League.

He did not feature in Saturday’s 5-0 evisceration of Burnley, Jose Mourinho preferring to maximise a position of significant strength late on to utilise youngsters Olivier Skipp, Troy Parrott and Ryan Sessegnon. Lo Celso, 23, stayed on the bench. Across four months, he has played 257 minutes.

There have, of course, been mitigating factors. From early September, he missed more than seven weeks through injury, sustained on international duty with Argentina. Understandably, it would have troubled the transition from Primera Liga to Premier League, from Seville to London.

The managerial upheaval could not have helped, either. Presumably, Mauricio Pochettino sanctioned the signing, but three months later the Argentine was gone. With him, a compatriot. Perhaps a confidant, too. Lo Celso had begun Pochettino’s final two matches in charge. He has played seven minutes since.

Cue conjecture that he doesn’t fit Mourinho’s mould, although that would neglect the reason Spurs signed him in the first place. Lo Celso is not just an excellent and effective playmaker – last season he scored 16 times in 45 appearances for Betis, registering five assists – but tenacious in the tackle, a wilful runner with a strong work ethic. To put it another way: model Mourinho.

Ahead of Burnley, the Spurs head coach spoke to the Lo Celso conundrum. Having arrived at a team languishing 14th in the table and 11 points outside the top four five months after contesting the Champions League final, Mourinho opted for a seasoned and settled side.

"I’m doing my work now to try to improve results and get the best out of the players,” the Portuguese said. “Giovani is in Europe for a few years, but France with PSG and then Spain - it's a completely different football world to England.

“So many experienced players arrive in England and the click for them is not automatic. So a young guy like Giovani also needs his time to adapt to the Premier League. But we know the good player he is. Give him time to develop and we think he is going to be a good player for us."

Time has been in short supply. It has prompted reports in Spain that Lo Celso is seeking a swift return, grown weary by the lack of game-time, rueful of the decision to trade Betis for Spurs. Justifiably, he is targeting a place in the Argentina squad for next summer’s Copa America.

It makes Wednesday’s Champions League clash with Bayern Munich all the more important. Coming in the thick of a jammed schedule, Mourinho said he plans to use the dead rubber – Spurs secured qualification with a game to spare – to give regular performers a break. It could offer Lo Celso a breakthrough.

The competition has supplied his one standout moment thus far. He scored the opener against Red Star Belgrade last month in Serbia, a hugely scrappy goal that continues to constitute his only notable contribution.

From then, Dele Alli’s red-hot form, Mourinho’s fondness for Son Heung-min – “I love him” – and his appreciation of the long-admired Lucas Moura, has represented a significant roadblock. Lo Celso was viewed as a replacement for Christian Eriksen but, in times of need, Mourinho has turned instead to the wantaway midfielder.

Therefore Wednesday at the Allianz Arena should be considered an opportunity for Lo Celso to stake his claim, irrespective that it may be more difficult to shine in a makeshift side, that the German champions, however understrength they could also be, have genuine aspirations of bettering Spurs’ runner-up finish last season.

These were the details of the news Lightly used Giovani Lo Celso must seize chance to convince Tottenham he fits Mourinho mould for this day. We hope that we have succeeded by giving you the full details and information. To follow all our news, you can subscribe to the alerts system or to one of our different systems to provide you with all that is new.