'Hopefully 2020 will be similarly successful, or even more' - Jurgen Klopp coach of the year at Dubai Globe Soccer Awards 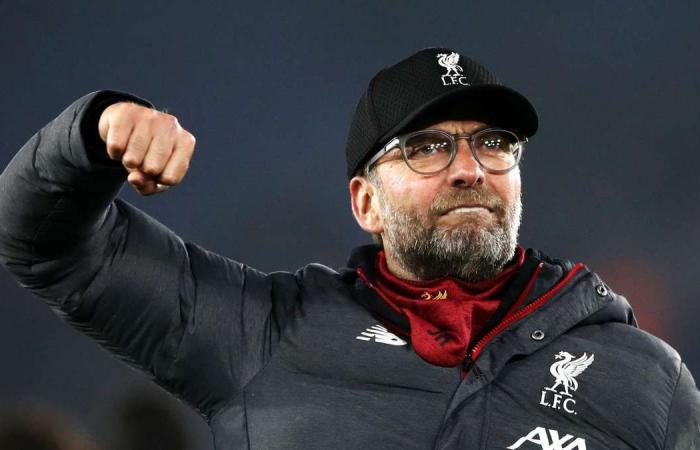 Thank you for your reading and interest in the news 'Hopefully 2020 will be similarly successful, or even more' - Jurgen Klopp coach of the year at Dubai Globe Soccer Awards and now with details

Hind Al Soulia - Riyadh - Jurgen Klopp has credited a fantastic 2019 to the resilience of his Liverpool team, with the German hoping 2020 could be an even better year for the Premier League leaders.

Klopp, 52, was named coach of the year at the Dubai Globe Soccer Awards at Madinat Jumeriah on Sunday, at the same time his side were defeating Wolves 1-0 at Anfield to move 13 points clear at the Premier League summit.

Having played half their matches in this season’s campaign, Liverpool are overwhelming favourites to finally lift the league title – 30 years on from their last triumph.

The club’s success has not been confined to domestic matters, though, after Liverpool became European champions for a sixth time last June. Two weeks ago, they defeated Brazil’s Flamengo to secure their first Fifa Club World Cup crown.

Upon receiving his award, Klopp, who was in September voted the 2019 Best Fifa Men's Coach, said: “When I heard about it I thought for someone who doesn’t believe in individual awards I got quite a lot this year.

“It’s always on behalf of my coaching staff, obviously, and you can only win things like this when the team is performing at an outstanding level, which is what we did in 2019. So coincidentally I’m the coach of these wonderful players, and I got the award, so it’s nice. It looks special, so thank you very much.”

Appointed in 2015, Klopp has overseen the club’s remarkable rise during the past two years in particular. Liverpool have reached the two most recent Uefa Champions League finals, winning against Tottenham this summer, while they finished second to Manchester City in last season’s Premier League despite losing only one game. Their 97 points was the highest total in English top-flight history for a second-placed team.

Their rude health can be attributed to a number of factors, including Klopp’s expertise and the club’s acumen in the transfer market – goalkeeper Alisson and defender Virgil van Dijk have been huge hits - something the manager clearly recognises.

“We started the real development probably two and a half years ago,” Klopp said. “When I came first it was more about settling in, me knowing about the players, the Premier League, all that stuff. More or less sorting the problems we had.

“From a specific moment on we could, when we were sure about our basis, bring in different players, which was a big part of our success. Because so far, with the players we brought in, that’s clear. And now we brought it together, with this group pretty much for two years it all helps.

“Then the quality of the boys, obviously. Without mentality you cannot be the best team in the world; if you don’t have the right mentality it’s difficult. That’s why I’m so pleased with the resilience we show in so many moments.

“Because on the very good days each Liverpool team in the past won their games. It’s about the other average days, the normal days where you have to be still able to win the games. And that’s what we’ve done now over the last year especially.

“It’s all going in a good direction. Always difficult to speak about 2019 even when I know it’s nearly over. In a few days we play Sheffield United and hopefully 2020 will be similarly successful … or even more.”

Liverpool were major winners at the awards in Dubai on Sunday, with Alisson picking up best goalkeeper honours for the second successive year and the European champions named best club.

These were the details of the news 'Hopefully 2020 will be similarly successful, or even more' - Jurgen Klopp coach of the year at Dubai Globe Soccer Awards for this day. We hope that we have succeeded by giving you the full details and information. To follow all our news, you can subscribe to the alerts system or to one of our different systems to provide you with all that is new.

PREV Over 300 entries for Challenge Bathurst
NEXT Not just Liverpool: the troubles in Bayern’s defense