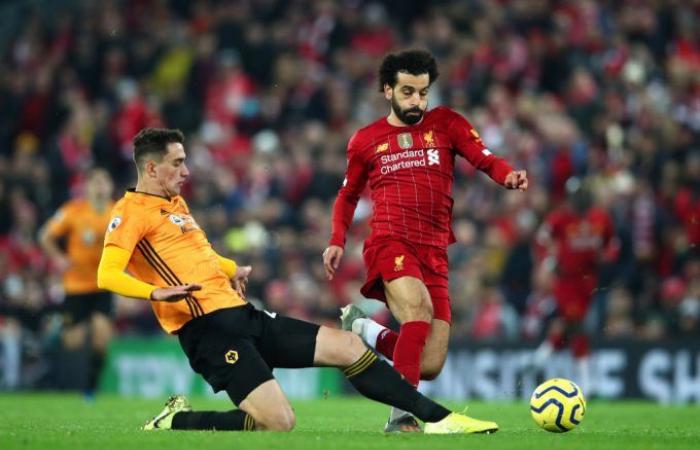 Sadio Mane’s goal made the difference as Liverpool snatched a hard-fought 1-0 win against Wolverhampton Wanderers in the 19th fixture of the English Premier League.

The Reds started on the front foot, when Adam Lallana found Trent Alexander-Arnold up the right flank. The fullback sent an accurate low cross towards Mohamed Salah, however, the Egyptian’s effort went over the bar just three minutes into the game.

In the 21st minute, Salah tried his luck once again. Mane set up the ball for the Egyptian King near the edge of the box, but his left footed volleyed strike was denied by Rui Patricio.

Liverpool finally broke the deadlock just three minutes ahead of the break, Virgil Van Dijk found Adam Lallana with a long pass, that the midfielder squared to Mane, whose half-volleyed effort drilled into the bottom corner.

Liverpool tried to kill the game in the second half, however, they failed to create any real threats on goal and around the 70-minute mark, they nearly conceded after Diogo Jota intercepted the ball from Van Dijk in a dangerous position and advanced towards the box, but the Portuguese’s strike was parried away by Alisson Becker.

The win takes Liverpool to the 55th points to extend the gap with Leicester City to 13 points, ahead of their clash against Sheffield United on the second of January.

These were the details of the news Salah features in Liverpool’s 1-0 victory against Wolves for this day. We hope that we have succeeded by giving you the full details and information. To follow all our news, you can subscribe to the alerts system or to one of our different systems to provide you with all that is new.