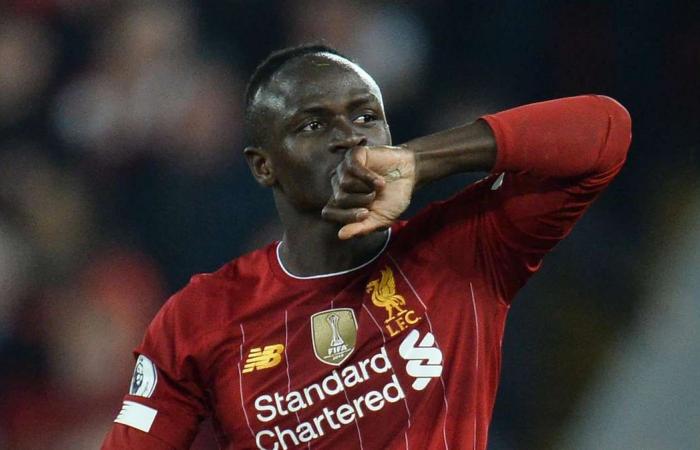 Hind Al Soulia - Riyadh - Liverpool can bid a fond farewell to 2019. One of the greatest years even in their glorious history ended in familiar fashion, with yet another victory.

They will enter 2020 as world and European champions, with a commanding 13-point lead at the Premier League summit and with 27 victories in 28 games in the competition.

It has been a truly astonishing year, one in which Liverpool have not lost a league game since its third day.

They defeated Manchester City’s conquerors Wolverhampton Wanderers to cement their status as title winners in waiting and perhaps it was fitting that Sadio Mane scored.

He has been arguably their best attacker of the calendar year. He ended it on the scoresheet. Much has changed in the last 12 months. But for the recent introduction of technology, Wolves would have gone in 1-0 up at half-time. Instead, Liverpool did. It was a lead they did not relinquish, with Virgil van Dijk and co keeping a fourth consecutive top-flight clean sheet.

For each, it was the game after the game before. Liverpool had produced arguably their finest performance of the campaign to overwhelm their closest challengers Leicester.

It would always be difficult to touch such heights again and they could not.

It meant Andrew Robertson was spared trial by Adama Traore for almost an hour until the Spaniard’s introduction.

Jurgen Klopp restricted himself to a solitary change. Xherdan Shaqiri would have started, had he been available.

If Adam Lallana seemed the beneficiary as he made just his third league start of the season, Liverpool gained as the ­Englishman went on to exert an influence.

Behind him, Trent Alexander-Arnold began by carrying on where he left off against Leicester. He supplied a sublime centre that ought to have brought the opening goal.

Mohamed Salah squandered the chance by shooting over. The Egyptian started as a striker after Klopp switched to 4-2-3-1 and he started in irrepressible mood, his confidence bolstered by a fine December.

He directed an audacious volley at Rui Patricio while Roberto Firmino headed Robertson’s corner just past the far post.

Yet Wolves were well configured, the way a makeshift defence restricted chances being another indication of Nuno’s excellence as an organiser. They conceded in contentious fashion. Mane’s 19th goal at Anfield in 2019 was initially disallowed, only to be permitted via VAR.

The Senegalese swept in a shot after Van Dijk’s long pass was diverted towards him by Lallana. Referee Anthony Taylor thought it was handball. Replays showed the ball instead came off Lallana’s shoulder.

Beneath the controversy and the inevitable protests about what was, courtesy of technology, a legitimate goal, it was an illustration of how potent Liverpool have become courtesy of long passes, whether from Van Dijk, Alexander-Arnold or Jordan Henderson.

Wolves cursed VAR again when they thought they had levelled. Pedro Neto celebrated what would have been his first Premier League goal.

The teenager’s exuberant celebrations in front of Liverpool fans felt all the more ill-advised when Joao Moutinho was proved fractionally offside in the build-up. The equaliser was chalked off.

Neto showed glimpses of quality and, alongside him, Diogo Jota also offered a threat in a new-look strike partnership.

The latter drew a save from Alisson before his replacement, Raul Jimenez, was denied a leveller by Joe Gomez’s fine challenge while Ruben Vinagre fired over in injury time.

Gini Wijnaldum could have doubled the lead but there were few of the pyrotechnics Liverpool displayed at the King Power Stadium on Boxing Day. Instead, their assurance as they saw the game out was evidence of how they have improved.

This was their 12th victory this season by a one-goal margin and, along with a 100 percent record at Anfield, their ability to prevail in close games is a fundamental reason why they should become champions.

These were the details of the news Sadio Mane scores winner against Wolves to restore Liverpool's lead at top of Premier League to 13 points for this day. We hope that we have succeeded by giving you the full details and information. To follow all our news, you can subscribe to the alerts system or to one of our different systems to provide you with all that is new.