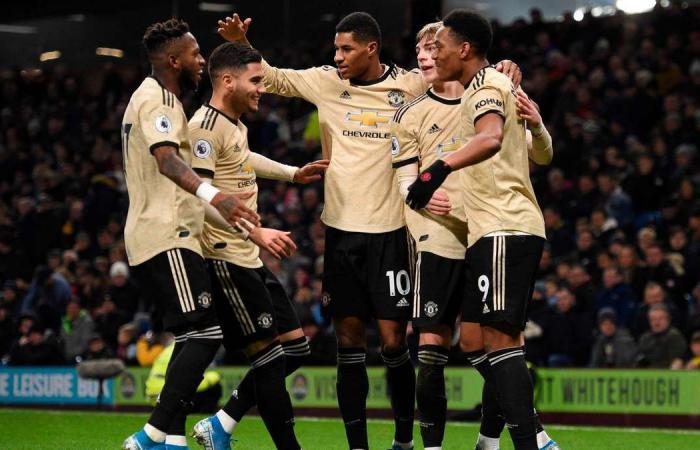 Hind Al Soulia - Riyadh - Manchester United’s pre-match team meeting before the win at Burnley and manager Ole Gunnar Solskjaer knows he is going to be without midfielder Scott McTominay for up to four weeks … and no Paul Pogba.

Both have a physical presence which would have been useful against a Burnley team Solskjaer expects to put as many balls as they can towards goalkeeper David de Gea after his recent ricket.

The Norwegian needs men to counter Burnley’s physical threat, he needs energy, grit, work rate for a high press and a player who will find space better than any opponent. He is going to go with Andreas Pereira, a midfielder who divides opinion among United fans.

The importance of link play and pressure is stressed to Pereira in the team meeting, as is the significance of intensity against a team who are expected to have little possession but who will be more physical than any United have met this season.

Especially important, he is told, will be his role of receiving the ball and quickly turning defence into attack by driving forward. This was the focus of United’s tactics as they sought only a third away win in the league this season and a first clean sheet away in the league since February.

Pereira started the game for several reasons. His attitude has always impressed his manager, as has his ability to follow instruction. He is technically gifted but hardly football’s greatest midfielder. Many United fans have doubts about him – but then they do about several of their players. Many do not believe the Belgian-born Brazilian is good enough to be a long-term mainstay, but they are also willing to be proved wrong.

In mitigation, it is Pereira’s first proper season in the United first team. He turns 24 on New Year’s Day and he is being asked to be a central cog in an inconsistent team. How could the side who played so well and defeated Spurs and then Manchester City away at the start of the month then lose at Watford, who had not won a home game until then?

Fans have little clue about which United will turn up this season, but United came good, controlled the game, enjoyed 74 per cent possession in the first half and eight shots to Burnley’s one.

Turf Moor is a difficult, inhospitable place to visit for away teams. It is where fans scream at any opponent who has the audacity to stay on his feet after being hacked by a man in a claret shirt. Three of Burnley’s four defenders were booked and it should have been more, Dan James particularly on the receiving end.

A patient United had to wait until the 44th minute when Anthony Martial coolly slotted the ball past Nick Pope. The assist? Pereira, as a direct result of his pressing of left-back Charlie Taylor. The Brazilian then weighted a perfect, instinctive cross across the goal towards Martial.

“I pressed the left-back and got the ball,” said Pereira. “I saw Anthony straight away and when I saw the pass I knew it was a goal when he touched the ball.”

Pereira ended the half having created more chances than all the other players on the pitch combined. He has assisted 35 per cent of all Martial’s goals this season but he needs more himself. His solitary strike is not sufficient for an attacking midfielder.

Pereira’s compatriot Fred, playing behind him along Nemanja Matic, also performed well in a month where United won as many league games as in the previous four months. United made it 2-0 in the 95th minute with a counter attack featuring James and Marcus Rashford.

Solskjaer was also mightily pleased with the long-awaited clean sheet. The defence deserved praise, the midfield and young attack for controlling the game. And Pereira, especially, for giving his doubters something to think about by stepping up when needed to put in his most effective performance of the season.

These were the details of the news Andreas Pereira gives the doubters something to ponder after starring for Manchester United at Burnley for this day. We hope that we have succeeded by giving you the full details and information. To follow all our news, you can subscribe to the alerts system or to one of our different systems to provide you with all that is new.

PREV Officially … the return of the masses in “limited numbers” to...
NEXT Valtteri Bottas on pole at Imola with Lewis Hamilton alongside 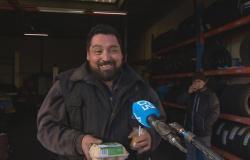