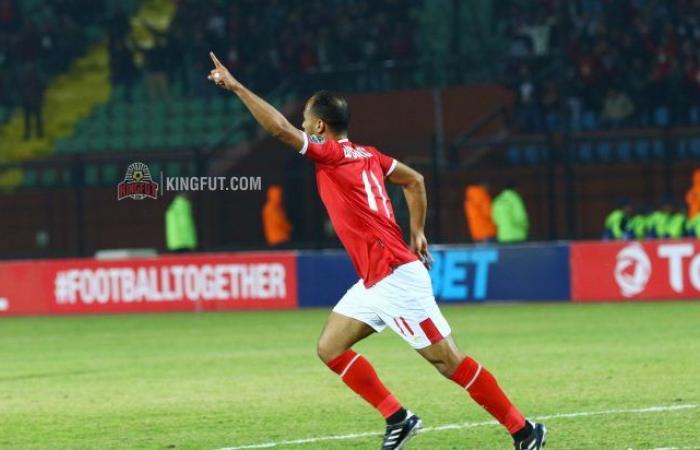 The game started with a bang, as Al Ahly broke the deadlock just eight minutes into the game through Soliman, who headed Ali Malloul’s accurate cross into the back of the net.

Soliman continued to be at heart of attack for the Reds and in the 24th minute, his brilliant freekick strike from the edge of the box was blocked by the goalkeeper.

Al Ahly continued to dominate position but without creating any real threats on goal.

In the 67th minute, the Red Devils were awarded a penalty kick after Ahmed El-Sheikh was brought down inside the box. Soliman sent the ball home from the spot to complete his brace.

Walid Azarou wasted a glorious chance to make it 3-0, as he failed to convert Malloul’s low cross into the empty net.

The win takes Al Ahly to Group B’s second spot with six points and will face FC Platinum again in the next fixture on the 14th of February.

These were the details of the news Soliman nets a brace as Al Ahly down FC Platinum 2-0 for this day. We hope that we have succeeded by giving you the full details and information. To follow all our news, you can subscribe to the alerts system or to one of our different systems to provide you with all that is new.