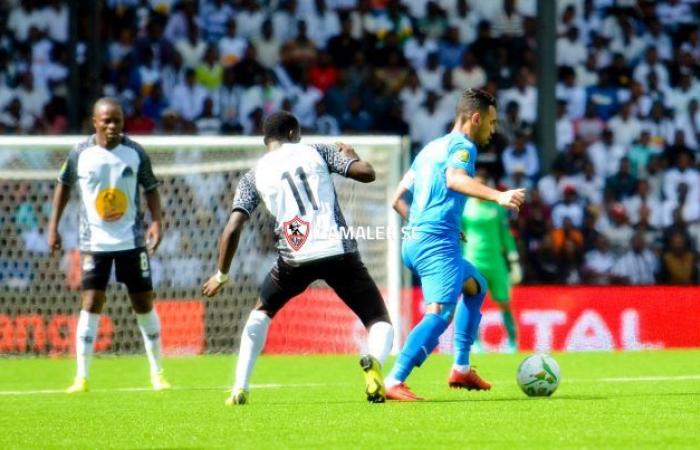 Thank you for reading the news about Zamalek’s CL group: Primeiro de Agosto hold TP Mazembe to 1-1 draw and now with the details

Angolan side Primeiro de Agosto have managed to hold TP Mazembe to a 1-1 draw in the CAF Champions League to give Zamalek an opportunity to cement the second position.

Zamalek managed to get three points from their opening two games in the CAF Champions League, putting them second in Group A.

The Whites were three points behind Congolese giants TP Mazembe and two above Primeiro de Agosto, who they beat 2-0.

Now ahead of their third group stage game against ZESCO United, the Whites were handed an opportunity to put a foot in the knockout stages as their two main opponents drew.

Mazembe seemed to have the upper hand as they opened the scoring just eight minutes into the games through Zambia international Rainford Kalaba. However four minutes later the hosts drew thanks to a Mabululu strike.

Zamalek will now get the chance to be four points away from third place Primeiro de Agosto when they visit ZESCO United on Saturday December 28th. With kick-off set to be at 15:00 CLT.

These were the details of the news Zamalek’s CL group: Primeiro de Agosto hold TP Mazembe to 1-1 draw for this day. We hope that we have succeeded by giving you the full details and information. To follow all our news, you can subscribe to the alerts system or to one of our different systems to provide you with all that is new.