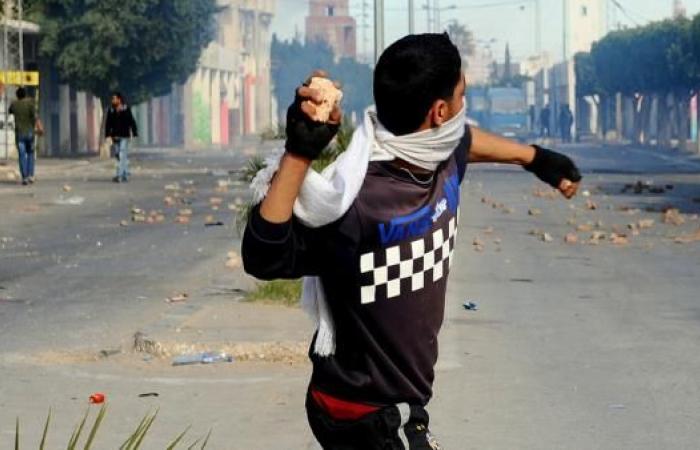 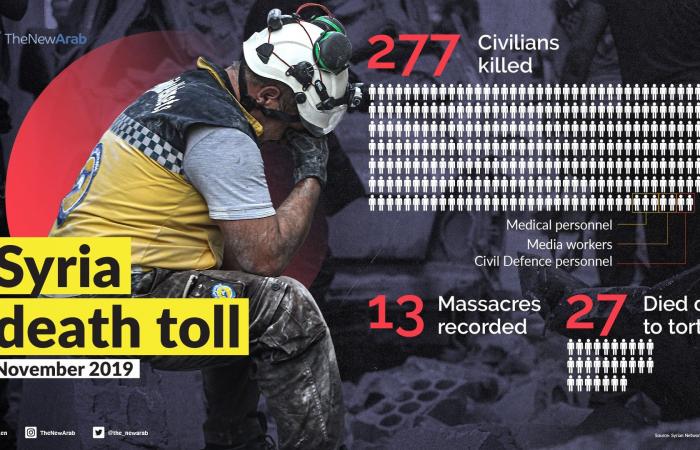 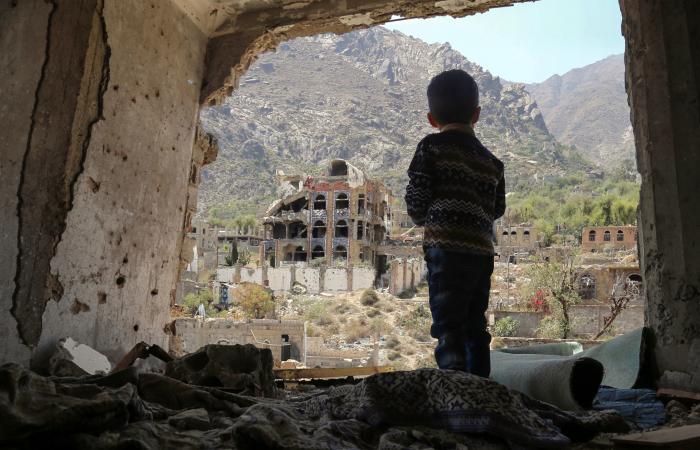 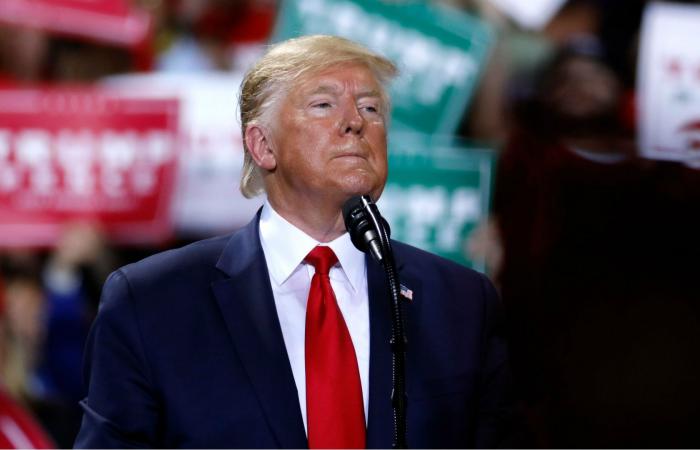 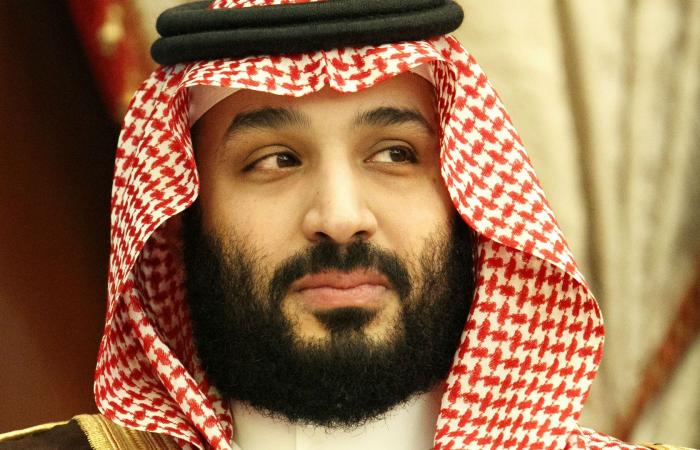 Aden - Yasmine El Tohamy - The events of the last decade have changed the region, often devastatingly, while other times in more promising ways.

Here's The New Arab's list of 10 events and moments in the last 10 years which have significantly altered the political landscape of the region.

1. The 'Arab Spring' and the fall of dictators

The Arab world is undergoing its second wave of revolutions – the Hirak in Algeria and current protests in Lebanon are just two examples – but we wouldn't have had these uprisings without the first wave, which is colloquially and perhaps inaccurately called the "Arab Spring".

On 17 December 2010, 27-year-old Tunisian street vendor Mohamed Bouazizi set himself on fire in a final act of protest that represented the brewing discontent over unemployment and police harassment. His self-immolation became the spark that led to a protests in Tunisia and to the ousting of longtime president Zine El Abidine Ben Ali.

The intense 28-day campaign of civil resistance paved the way for the democratisation of the country and democratic elections.

The protests in Tunisia, which spread to Egypt, Libya and Yemen, as well as Syria and Bahrain came to be known as the most dramatic wave of social and political unrest in the region in three decades.

The intense uprisings proved short-lived, with protests petering off by December 2012.

In Egypt, where demonstrations led to the resignation of president Hosni Mubarak in 2011, a brutal military coup would follow, leading to the removal of the country's first democratically-elected president, Mohamed Morsi, in 2013.

Harsh crackdowns from other regimes in the region also ensued.

Tunisia remains the only country in the first wave that has resulted in a transition to constitutional democracy.

In 2019, the second wave of protests hit Algeria, Sudan, Iraq, Lebanon and Egypt, and we are still seeing the unfolding of these potentially revolutionary events.

2. Syrian conflict and the refugee crisis

Hot on the tails of the Arab Spring, the Syrian people were organising a pro-democracy movement in their own backyards.

In March 2011, Bashar al-Assad, whose family have been in power since Assad’s father Hafiz al-Assad became president in 1971, faced an unprecedented challenge to his authority.

Unlike in Tunisia, where a transitional democracy was slowly being carved into the country’s constitution as a result of its protests, Assad responded to the uprising with brutal suppression tactics that led to opposition militias forming in 2011, and by 2012 it had become a full-fledged civil war.

What followed is one of the most brutal repressions by a regime in recent history. The Assad regime used chlorine in a deadly offensive in its attempt to retake Idlib, just one of the many times the regime has utilised chemical weapons against its citizens, as well as unlawful shelling of civilian areas.

The Syrian regime stands accused of numerous human rights violations, with the United Nations stating the war has been “characterised by a complete lack of adherence to the norms of international law” and has “caused civilians immeasurable suffering”.

A result of the violence has been the birth of one of the worst refugee crises in recent history, with an estimated 11 million Syrians fleeing their homes since the conflict, and an additional 13.5 million in need of humanitarian assistance within the country.

A year after Yemen became a federation of six regions on 10 February 2014, a Saudi-led coalition intervened on the side of the government after Houthi rebels aligned with former president Ali Abdullah Saleh.

The conflict came to a head in March 2015, when Saudi Arabia and other Arab states launched Operation Decisive Storm against the Houthis, who Saudi had accused of being an Iranian proxy – something the Houths vehemently deny.

Often referred to as a “man-made catastrophe,” the war has caused a humanitarian crisis that exists to this day. Some estimates put the death toll at nearly 100,000 people, with fighting this year alone displacing 250,000.

A staggering 80 per cent of Yemen's population is currently in need of humanitarian assistance.

A land, air and sea blockade was imposed on Qatar by Saudi Arabia and its allies the United Arab Emirates, Bahrain and Egypt in 2017.

The dispute between Qatar and the Saudi-led bloc began over a hack of Qatar’s state-run news agency and resulted in the UAE and Egypt cutting ties.

Despite the blockade, Qatar’s economy has remained resilient.

Economic performance improved in 2018. Qatar's economy  also successfully absorbed the shocks from the 2014-16 drop in hydrocarbon prices, the International Monetary Fund (IMF) said in a statement.

5.The normalisation of Israel's occupation of Palestinian territories

In the last decade there has been a significant shift towards normalising Israel's continued occupation of the Palestinian territories.

Over the years, Israel has continued building settlements in the West Bank despite multiple United Nations resolutions stating that they are illegal.

On 6 December 2017, US president Donald Trump’s decision to recognise Jerusalem as the capital of Israel and to move the US embassy from Tel Aviv to the disputed holy city seemed to mark a major shift when it came to the Israel/Palestine issue.

For decades, the international community has not recognised Israel's claim over the Palestinian areas of Jerusalem it occupies.

The US embassy was officially opened in Jerusalem on May 14, 2018, coinciding with the 70th anniversary of the Israeli Declaration of Independence.

Despite international protests, Trump's move caused some states to follow suit, with Brazil revealing earlier this month that it will also be opening its embassy in Jerusalem.

A year later, and UK Prime Minister Boris Johnson’s new anti-BDS law is seen by many as a move towards a strongly pro-Israel foreign policy in Britain.

"The campaign for Boycott Divestment and Sanctions (BDS) seeks to hold Israel accountable for its violations of Palestinian rights and of international law. Failing to take action to hold Israel account makes one complicit," Ben Jamal, Director of the Palestine Solidarity Campaign told The New Arab.

When for US president Barack Obama signed a historic nuclear deal with Iran’s president Hassan Rouhani in 2015, he didn’t think that just three years later his successor would abandon it.

The deal, called the Joint Comprehensive Plan of Action (JCPoA) was seen as the closest a US president has gotten to establishing a strong allyship with Iran over its commitment to dismantling its nuclear weapons.

However, one of US President Donald Trump’s first actions after he was elected in 2017 was to withdraw from the deal in 2018 and reimpose crippling sanctions.

Though other signatories remain committed to the accord, it appears to be dead in the water. Since May, Iran has taken a series of measures, including stepping up uranium enrichment, in breach of the 2015 deal.

In July 2016, Turkey experienced the most violent coup attempt in the country’s 95-year political history, when a part of the Turkish military launched a coordinated operation to unseat president Recep Tayyip Erdogan.

Turkish fighter jets dropped bombs on the country's parliament and the chairman of the Joint Chiefs of Staff, Hulusi Akar, was kidnapped by his own security.

What’s particularly important about this coup is that social media became the tool through which tens of thousands of citizens organised in the streets, with unprecedented speed.

It is thought the mastermind of the failed coup was US-based Muslim preacher Fethullah Gulen. Gulen, a former ally of Erdogan, denies this.

Following the failed putsch, authorities have sacked or suspended over 140,000 public sector workers for suspected links to Gulen.

The last decade has seen an increase in violence in Gaza as a result of tightening policy in Israel, with the UN referring to the area as an “open air prison”.

In the last 10 years, Gaza has experienced three wars and seen increased Gazan casualties resulting from the start of the Great March of Return demonstrations, which began last year and have been taking place every year for the past five years.

Palestinians protest along the fence separating the besieged strip, and they are demanding the right of return to their ancestors’ homes.

Amnesty International has accused Israel of carrying out a murderous assault against Palestinians, as its armed forces continue to kill and maim demonstrators who pose no imminent threat.

9. The rise of Mohammed bin Salman

Saudi Arabia’s crown prince sets himself apart from his predecessors in that he fashions himself as a liberal reformer – a leader who can reform the country through progressive social changes, like lifting the driving ban on women.

Though Crown Prince Mohammed, or MbS as he is widely known, has seemingly granted women more autonomy, he has also imprisoned those who fought for their rights in the first place.

The prince's strong-arm tactics have  alsobeen seen in his public floatation of state oil firm Aramco. In the run up to the IPO, observers and insiders accused the ambitious young prince of intimidating Saudi Arabia's wealthy elite into making investments.

Adding to his notoriety, the murder of Washington Post columnist Jamal Khashoggi in Istanbul last year seemed to confirm to many that MbS's leadership may not usher in a bright age of reform for Saudi Arabia. 10. The rise and fall of IS

The Islamic State group originally grew out of Al-Qaeda but the two Islamist extremist groups have been enemies ever since Al-Qaeda’s leader, Ayman al-Zawahiri denounced IS leader Abu Bakr al-Baghdadi for “sedition” in 2015 and said that he was not the rightful Caliph of the Muslims.

In 2013, the group had grown and renamed itself the Islamic State of Iraq and Syria (ISIS) and in 2014 launched an offensive on Mosul and Tikrit.

Shortly after, Baghdadi he announced the formation of a self-styled caliphate stretching from Aleppo in Syria to Diyala in Iraq, and its growth strongly shaped the United States and Britain’s Middle East policies since that time.

Using the internet, the group also attempted to foster suspicion and hatred towards Muslim populations living in the West.

The IS group's actions in the region have displaced millions of people, and its actions have inspired terror attacks across the world.

Despite the vastness of its operation, IS has been cut at the legs. Some 60,000 IS fighters have died since 2014, according to senior US military officials.

Abu Bakr al-Baghdadi died on 26 October, leaving the many unsure whether the group will re-emerge as a threat to the region's stability.

These were the details of the news 10 events that drastically changed the Middle East for this day. We hope that we have succeeded by giving you the full details and information. To follow all our news, you can subscribe to the alerts system or to one of our different systems to provide you with all that is new.