Intermittent fasting: The health trend Muslims have been practicing for centuries 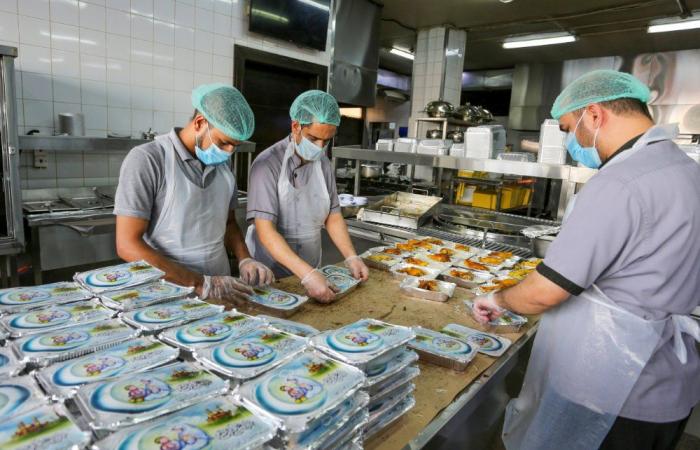 Thank you for reading the news about Intermittent fasting: The health trend Muslims have been practicing for centuries and now with the details

JEDDAH: Muslims have been practicing eating patterns similar to intermittent fasting for centuries.

Intermittent fasting has been around for over five decades and there are different forms. It is a popular health and fitness trend, with people using it to lose weight, improve their health and simplify their lifestyles as a number of studies show that it can have positive effects on the body and brain.

It is an eating pattern that cycles between periods of fasting and eating. It does not specify which foods you should eat but rather when you should eat them.

Saudi clinical and sports dietitian and lecturer at King Abdulaziz University, Sundos Malaikah, said elderly Muslims held onto the habit of fasting twice a week as it was Sunnah (the way of the prophet).

“I appreciate the fact that we’ve been practicing this method of fasting years before it became cool and popular,” Malaikah told Arab News. “Many of the older generation continue to fast all year long because they’ve seen how good it makes them feel. A lot of our grandparents fast Mondays and Thursdays, and it’s part of their lifestyle. They don’t know the scientific health benefits of fasting, they merely follow it because it’s Sunnah and makes them feel good and lighter and I like that. There’s even a two-five fasting method where you fast two days a week only which is what the Sunnah recommends - to fast Mondays and Thursdays.

Ramadan fasting involves refraining from drinking or taking any form of food during sunrise and sunset, whereas in intermittent fasting zero-calorie liquids such as water, tea, and coffee are usually allowed.

“People usually say they feel ‘lighter’ when they fast because we’re giving our digestive system a lot of time to digest food and eliminate waste.”

Intermittent fasting was much easier than Ramadan since there was less chance of dehydration.

“However, some would argue that proper fasting as it is done during Ramadan shows even more pronounced benefits since it’s more rigorous.”

She added that the problem was that some people lost all the health benefits of fasting by binging when they were finally allowed to eat “which is exactly the opposite of what we want to achieve.”

In order for people to make the most out of Ramadan from a health perspective they should eat home-made meals as much as possible.

“Unfortunately, during Ramadan we observe many wrong eating behaviors such as binge eating, buying too much dessert, preparing more food than what the family needs and so on. To make fasting easier, our meals should be carefully planned so that they’re highly nutritious, have enough protein, healthy fat and complex carbohydrates.”

“In my opinion, they both would have similar health benefits if implemented healthily and correctly, since the main similarity for both of them is the practice of abstinence or restriction of food, calorie-containing drinks and or water for a certain period regardless of the aim or the reason behind the fasting whether it's for religious, spiritual reasons or aiming for losing weight,” Bajkhaif told Arab News.

She said there was no ideal number of hours for intermittent fasting when it came to weight loss advantage but that practicing was worth a try.

“Unfortunately, currently, there is not enough evidence for us to neither generalize what the ideal number of fasting hours nor to tell whether intermittent fasting is a sustainable treatment for obesity as well as if it's health-related benefits are maintained for a long time. But it’s still worth trying.”

She said many people found intermittent fasting to be more flexible than strict calorie counting and that, since there was a certain eating window and less time for eating was required, less planning was required too. By eating fewer and burning more calories, intermittent fasting caused weight loss by changing both sides of the calorie equation. Ramadan fasting could be an effective approach for weight loss as well as for diabetes and disease prevention.

Bajkhaif warned that intermittent fasting was not recommended for children, teens, people on medication that required food intake, diabetic patients, those with eating disorders, pregnant and breastfeeding women.

She said Islam was a great teacher for every Muslim. “It prompts us to avoid many problems before they happen. Its benefits are great to us as Muslims, including feeling for those in need, and it promotes self-control and avoiding the health problems caused by extravagance. Our religion also urges us to take care of our health - that is one of God's blessings on us - and this is an individual responsibility of all Muslims,” she added.

These were the details of the news Intermittent fasting: The health trend Muslims have been practicing for centuries for this day. We hope that we have succeeded by giving you the full details and information. To follow all our news, you can subscribe to the alerts system or to one of our different systems to provide you with all that is new. 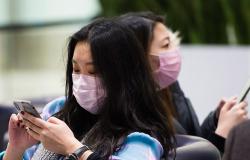