Energy Minister: No intent to damage US shale oil industry 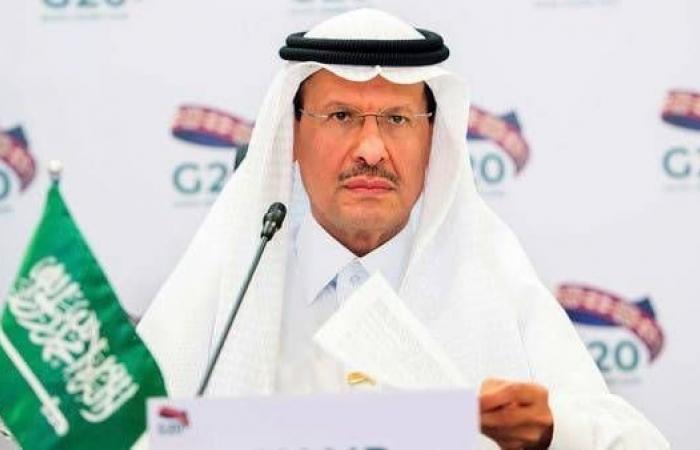 We show you our most important and recent visitors news details Energy Minister: No intent to damage US shale oil industry in the following article

DUBAI — Saudi Arabia had no intention “to create any type of damage” to the US shale oil industry, the Kingdom’s Energy Minister Prince Abdulaziz Bin Salman said in a phone call with reporters, according to Energy Intelligence on Tuesday.

The minister was speaking following a historic 9.7 million barrel per day (bpd) oil output cut agreement between the Organization of Petroleum Exporting Countries (OPEC), Russia, and others, known as the OPEC+ group. Exporters agreed on the cut after the coronavirus pandemic significantly curtailed demand for petroleum products, causing a dramatic fall in prices and prompting the need for a supply cut aimed at preventing them falling further.

US shale oil companies, who generally have significantly higher production costs than others, have been among the first to suffer from the drop in prices. While Saudi Arabia has pushed for a cut, Prince Abdulaziz emphasized that the policy was not aimed at hurting the US shale oil industry, which he predicted would recover in the long run.

“My belief is that once this market stabilizes, and given the nature of shale oil and the shale industry, that they will be able to recover as the market recovers ... I have no single doubt in the mind that in the future, they will rise again from the ashes and thrive and prosper,” Prince Abdulaziz was quoted by Energy Intelligence as saying.

The OPEC+ deal followed a weeklong marathon of bilateral calls and video conferences from ministers and leaders among the OPEC+ alliance and the Group of 20 nations. Last minute negotiations were moved forward by US President Donald Trump, who has so far shunned any US output cuts.

“The US was not the broker of the deal. The US reached out to make sure that we have a trilateral agreement ... We are very grateful for the US’ role in bringing people together,” Prince Abdulaziz said.

The minister also noted that it was Crown Prince Muhammad Bin Salman that suggested the idea of a gradual oil output cut over several years.

“The person who came up with this idea was my boss, [Saudi Crown] Prince Muhammed [Bin Salman]. The reason is that all of us are hoping that this market gets better and improves, and therefore we hope that the situation will improve to the extent that we will scale back the cuts,” he said.

On Sunday, the Crown Prince had a phone call with US President Donald Trump following the OPEC+ agreement. Both parties welcomed the agreement and noted the importance of limiting production as a consequence of the coronavirus pandemic, Saudi state news agency SPA reported.

Prince Abdulaziz also discussed ties with Russia, a key oil producer. He stressed the close bond between the two countries, despite Russia walking away from an output cut agreement in early March and triggering an oil price war for market share.

“We work together and eventually trust each other, have trusted each other, we continue to trust each other. And the bilateral bond is going to be expanding on all levels, not only in energy. It happens that [Russian Energy Minister] Alexander [Novak] and I are chairing the Saudi economic joint committee. It's our duty to ensure that our bilateral drives prosper,” he concluded. -- Al Arabiya English

These were the details of the news Energy Minister: No intent to damage US shale oil industry for this day. We hope that we have succeeded by giving you the full details and information. To follow all our news, you can subscribe to the alerts system or to one of our different systems to provide you with all that is new.