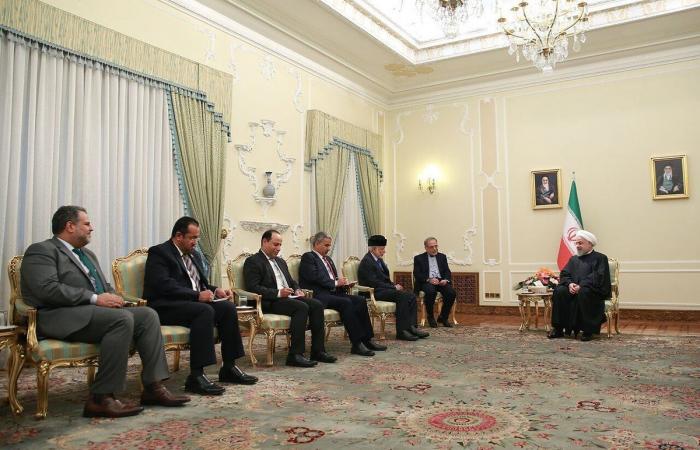 Aden - Yasmine El Tohamy - He noted that Iran and Saudi Arabia need to leave aside their feud.

"From Iran's points of view, there is no problem in developing ties with neighbours and resuming relations with Saudi Arabia," Rouhani made the remarks on Tuesday in a meeting with the visiting Omani Foreign Minister Yousef Bin Alawi in Tehran, Xinhua news agency reported.

"All the regional countries should stay together in order to create peace and stability in the region," Rouhani was quoted as saying.

The Iranian president said that Iran's Hormuz Peace Initiative is aimed at bringing regional countries together to create stability.

"We should establish security in the Gulf and Strait of Hormuz through expanding our cooperation and preventing foreign powers to interfere," he added.

Rouhani disclosed the initiative at the recent meeting of the 74th UN General Assembly.

He noted that Iran and Saudi Arabia need to leave aside their feud and look ahead to solve regional problems through cooperation.

These were the details of the news Iran says ready to normalise ties with Saudi Arabia for this day. We hope that we have succeeded by giving you the full details and information. To follow all our news, you can subscribe to the alerts system or to one of our different systems to provide you with all that is new.