US investigation claims Aramco attacked from Iran, not Yemen 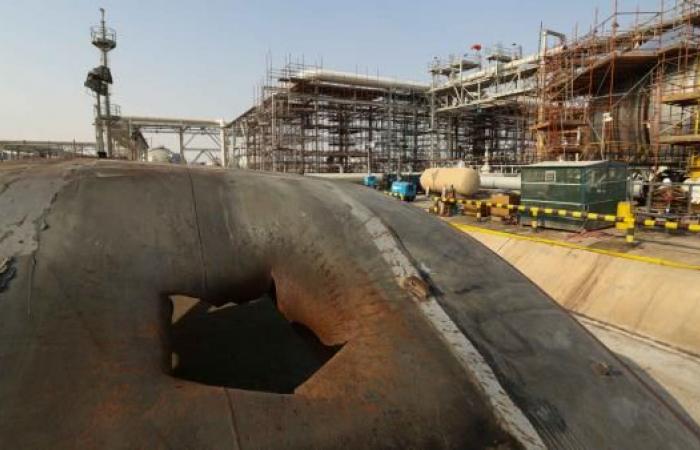 Thank you for reading the news about US investigation claims Aramco attacked from Iran, not Yemen and now with the details

Aden - Yasmine El Tohamy - The United States' ambassador to the UN, Kelly Craft, told a UN Security Council meeting on Iran on Thursday that only Iran has the capability to carry out such complex attacks as those on the Saudi Aramco oil facilities in Abqaiq and Khurais on 14 September.

After further investigation, the weapons used in the raid did not have sufficient range to come from Houthi territory, and the drones had "numerous characteristics in common with Iranian designs," Craft said.

She added that the damage inflicted on the oil facilities "shows that the attack came from the north, not from the south, as you would expect if the Houthis were responsible."

In-depth: The sweeping implications of the attacks on Saudi Arabia's oil infrastructure

Kraft then inferred that Iran "attacked a sovereign nation from its territory," arguing it should be condemned by all nations.

Along with the US, Britain, France, Germany and Israel have pointed the finger at Iran for the attacks, but Iran and Russia insist Tehran was not responsible.

Craft told the council: "there is simply no other plausible explanation."

The US report assesses that one of the drones used in the attack was recorded approximately 200 kilometres northwest of the attack site before hitting its target, which "indicates with high likelihood that the attack originated north of Abqaiq."

The findings also identified similarities between the drones used in the Aramco strike and an Iranian-designed and produced unmanned aircraft known as the IRN-05 UAV.

However the report's authors stopped short of certainty around the drone's origins.

The Aramco attacks marked a further flare in escalating tensions in the Gulf region, sparked by the US reimposing crippling sanctions on Iran by withdrawing from the landmark 2015 nuclear deal.

At the Security Council meeting on Thursday, the US renewed its offer to engage in talks with Iran but warned it will do everything in its power "to curb malign Iranian behavior" if Tehran continues its "destabilising behaviour" in the region.

The US wants to enter dialogue from a position of strength from maintaining sanctions and maximum pressure, "and not based on equal footing," he said.

"Iran does not negotiate under the threat of a sword," Ravanchi added.

These were the details of the news US investigation claims Aramco attacked from Iran, not Yemen for this day. We hope that we have succeeded by giving you the full details and information. To follow all our news, you can subscribe to the alerts system or to one of our different systems to provide you with all that is new.