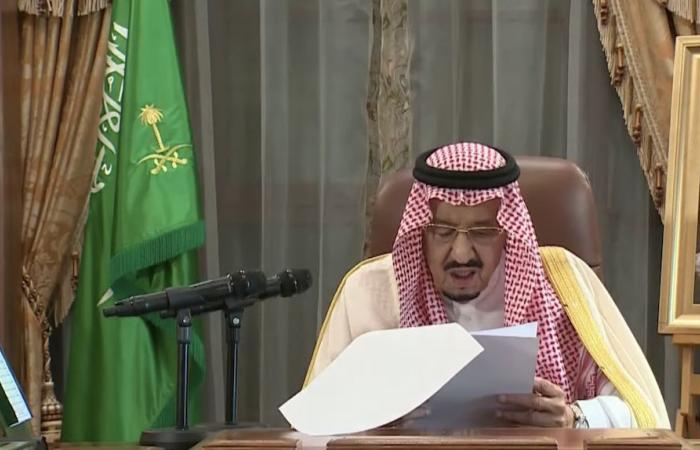 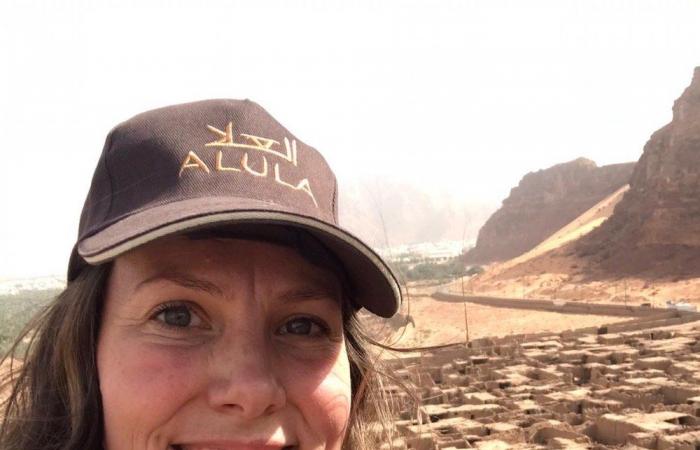 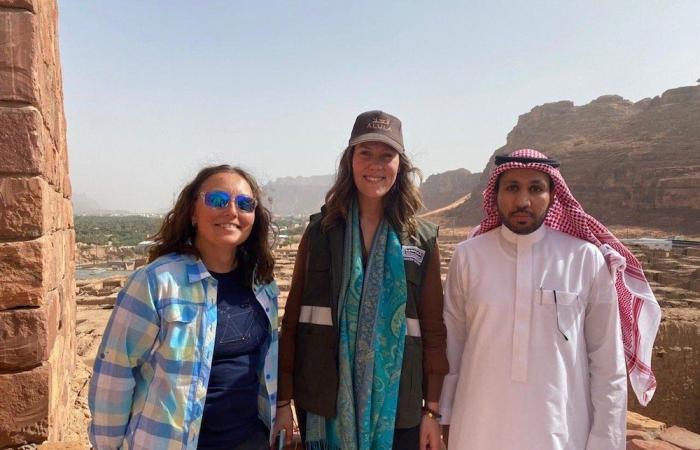 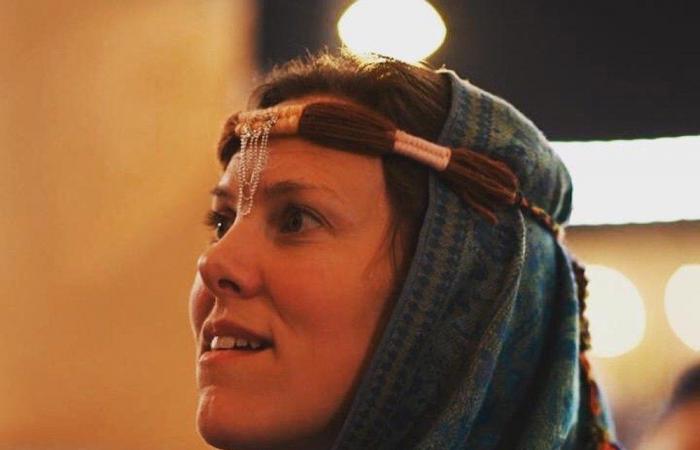 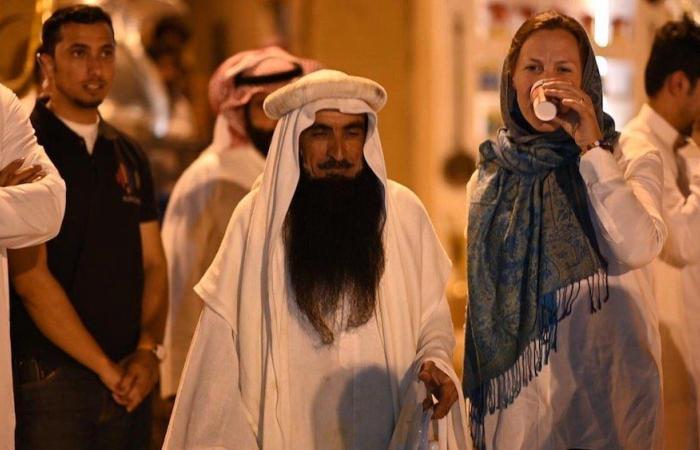 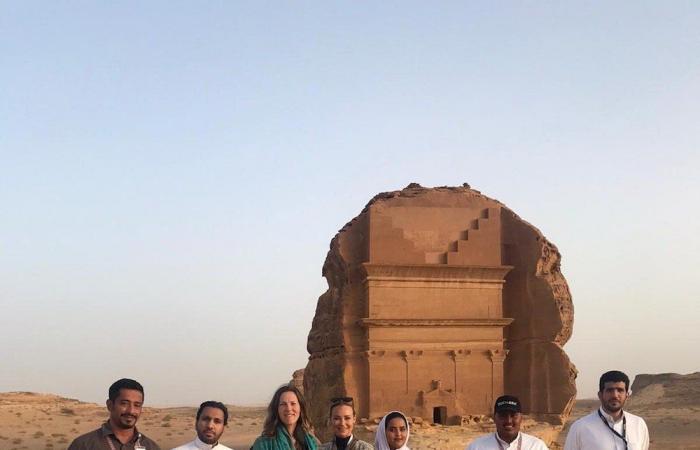 Dubai: For Brigit M. Liodden, owner of the world's first floating lab for entrepreneurs, it has been a lifelong mission to help the new generation drive change in the maritime sector and promote gender equality in one of the world's oldest industries.

On her latest endeavor, the Norwegian national and founder of the Ocean Opportunity Lab set off on a month-long trip on Feb. 14, aiming to solely use eco-friendly modes of transportation.

After crossing Europe in a hydrogen-powered car, she made several stops in Middle Eastern countries. Saudi Arabia left a lasting impression on her.

“My aim is to work toward an emission and waste-free ocean industry,” Liodden said in an exclusive interview with Arab News in Dubai. “Given our current situation with climate change, we have no choice but to make all transportation zero emission, and we can only achieve this sort of sustainability through diversity and collaboration across genders, borders, cultures and religions.”

Her trip started when she left her home city of Oslo in Norway, driving through Europe and traveling by ship to Israel in late February. 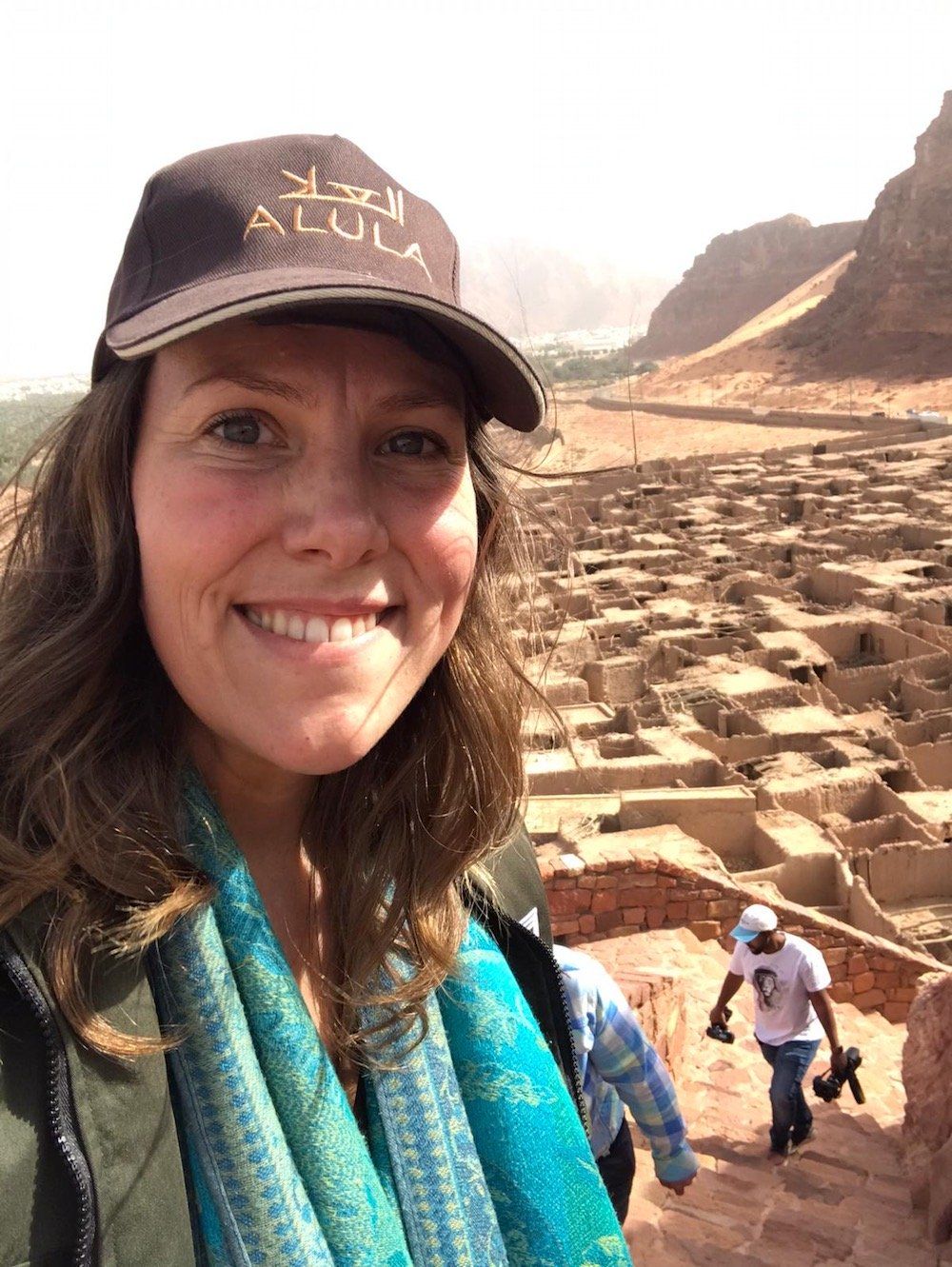 Liodden drove to Jordan, followed by Saudi Arabia in a hybrid car. She then took a bus to the UAE.

She intended for her final destination to be Mumbai, where she was expected to chair the country's first industry conference on gender equality, the “Maritime CEO conference,” on March 20.

Her plan to complete the trip ‘plane-free’, however, came to an end in Dubai when travel restrictions due to the worldwide coronavirus outbreaks forced her to take a flight home on March 12. 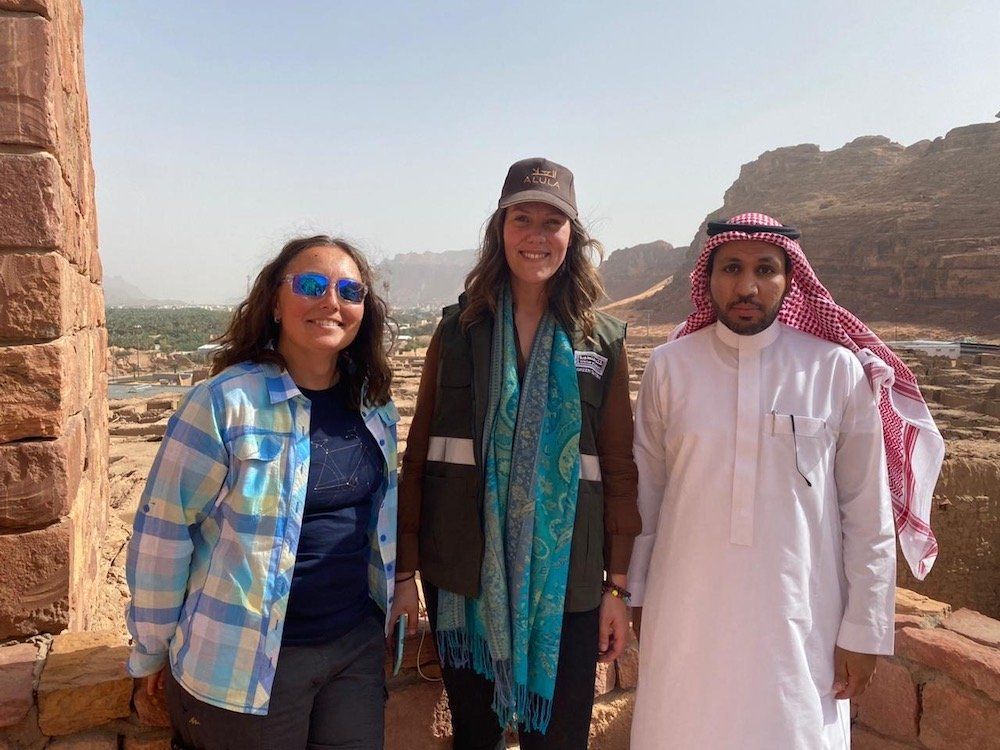 Recalling her arrival in Saudi Arabia on March 3, Liodden said she was pleasantly surprised to witness the strides made in the sustainability sector and was supportive of the push toward gender equality in the Kingdom.

From Neom to AlUla, she toured some of the country’s latest projects while interacting with a diverse group of experts, officials and Saudi citizens from different walks of life.

Liodden's first stop was at the mega Neom project located in Tabuk, in northwestern Saudi Arabia, where she was taken on a thorough tour around the site. 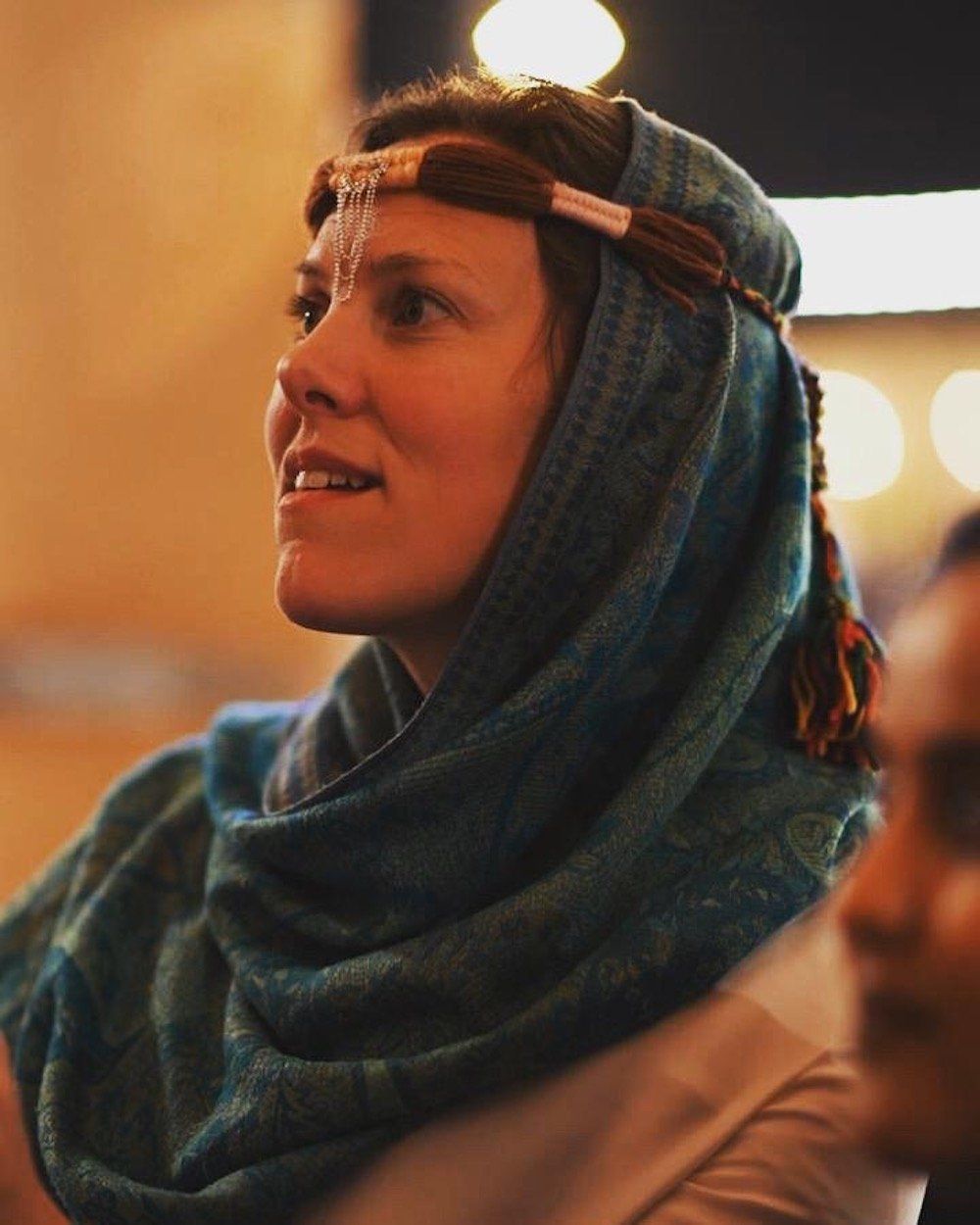 “The Neom project surpassed my expectations,” she said, referring to the environment-friendly approach implemented in building the cross-border city.

“The level of commitment to driving sustainability in the Neom project was the biggest surprise for me in the whole Saudi Arabia visit,” Liodden added.

The $500 billion project, which is backed by the Kingdom's Public Investment Fund, will include multiple cities, airports, a seaport, tourist areas, industrial complexes and innovation centers.

On day two of her trip in Saudi Arabia, Liodden used a hybrid car to drive down to the ancient city of AlUla, where she once again was pleased to see sustainability and gender equality in practice. 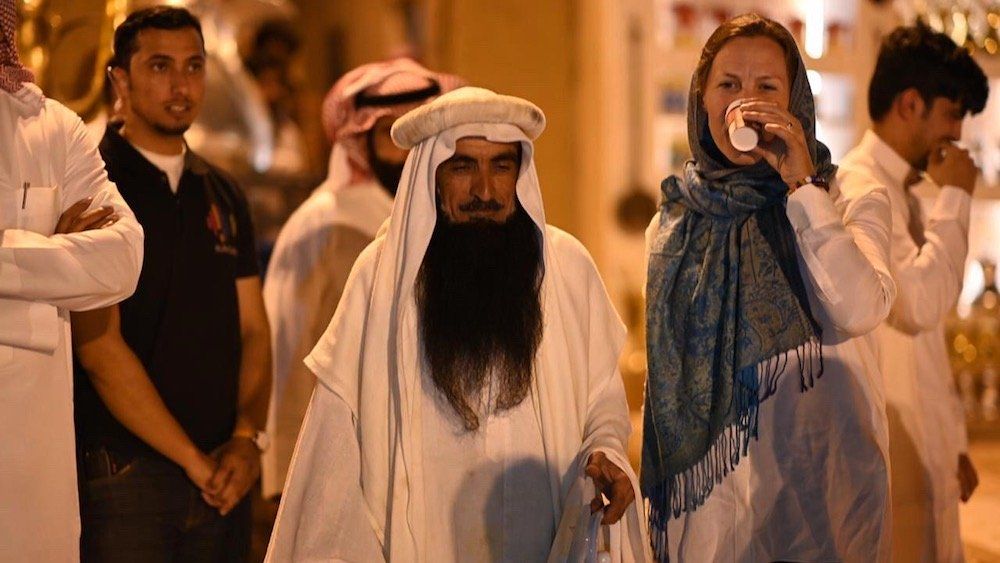 During a tour with Dr. Sultan Al-Shareef, sustainability expert at the Royal Commission for AlUla, Liodden explored the site's rich history and discussed the country's targets for gender equality and the inclusion of female employees in major projects.

Advancements in women's empowerment was also reflected in the World Bank's 2020 “Women, Business and the Law” report, which highlighted Saudi Arabia's rapid progress towards gender equality since 2017, ranking it as the top reformer and the top improver among 190 countries.

The report gave the Kingdom an overall score of 70.6 out of 100, placing it first among Gulf Cooperation Council countries and second in the Arab world.

Improvements in Saudi Arabia's score were noted in six of the eight indicators, including mobility, workplace, marriage, parenthood, entrepreneurship and pension.

According to Liodden, equality and diversity are quickly becoming the “key requisites” driving innovation in some of Saudi Arabia's major projects.

“As the country opens up for international tourism, success means building the sector here in an entirely different way than we would normally see,” said Liodden.

She emphasized the importance of protecting fragile areas of the country, including heritage sites, from damage in the coming decade.

Saudi youth also have a role to play in contributing to the country's sustainable efforts, added Liodden, who interacted with youngsters volunteering at the AlUla heritage site. 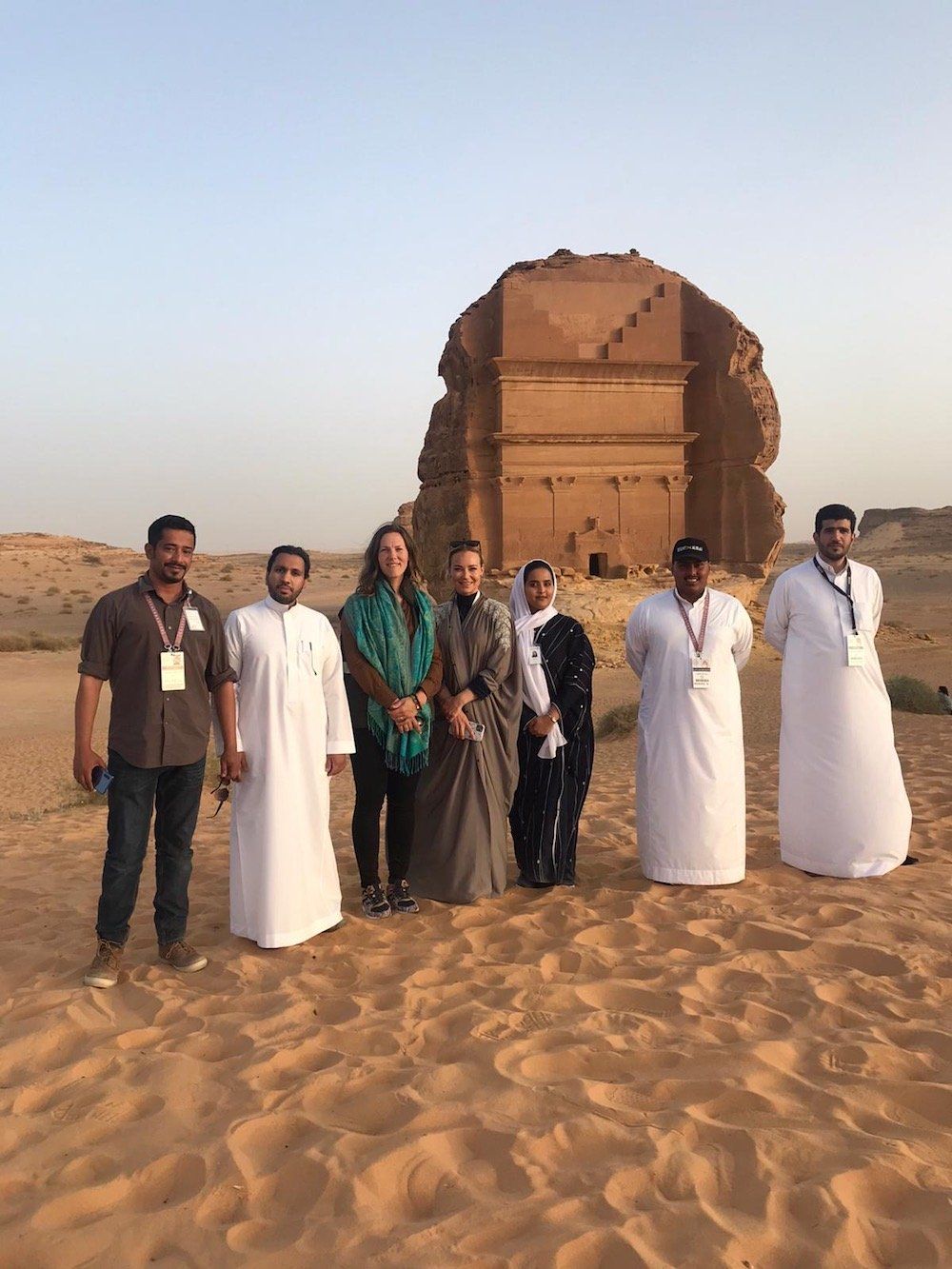 She was also welcomed by a small community during her stop in Buraydah, the capital of the Al-Qassim region in northcentral Saudi Arabia.

There she visited an organic strawberry farm run on solar power and was informed of the smart features used to cut down on emissions and reuse both energy waste and water.

Liodden also attended a traditional local festival and was invited to an all-girls setting, where she engaged with young Saudi women and discussed the changes that have emerged over the last two years in the country.

On her final day in the Kingdom, Liodden visited Riyadh, where she spent the day at the Special Olympics Federation. She took part in a round-table discussion with female sports personalities, including the country's first Formula One driver, Aseel Al-Hamad, and the first certified female boxing coach, Rasha Al-Khamis.

Liodden praised the sportswomen of Saudi Arabia as “inspirational” and as “making history” in their efforts to increase female engagement in a male-dominated field.

She also commended the spirit of unity and commitment in the country in contributing to the Vision 2030.

“The ground-level commitment that I've seen in different parts of the country and across different people of all age groups is heartwarming and makes me really believe that the Vision 2030 goal is reachable,” she said.

Liodden's journey across two continents proved to be eye-opening in more ways than one.

She expressed her belief in the necessity of building bridges with the “new generation of problem-solvers” in order to achieve sustainability.

“I am absolutely certain that we will have zero emission aviation in the future,” she said.

These were the details of the news King Salman says Saudi Arabia ‘taking all measures’ to fight coronavirus in speech to nation for this day. We hope that we have succeeded by giving you the full details and information. To follow all our news, you can subscribe to the alerts system or to one of our different systems to provide you with all that is new.