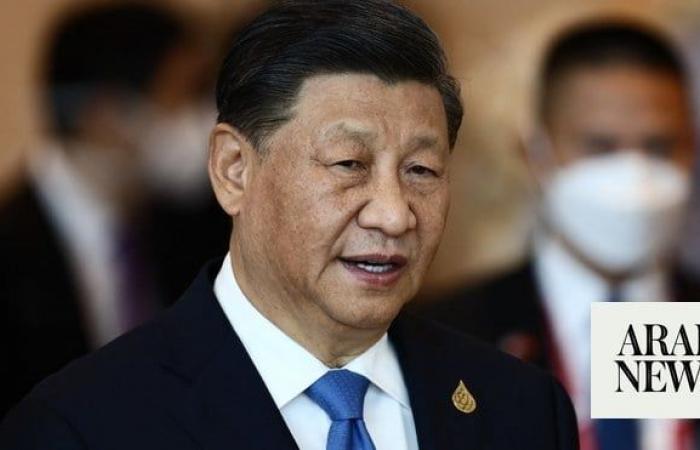 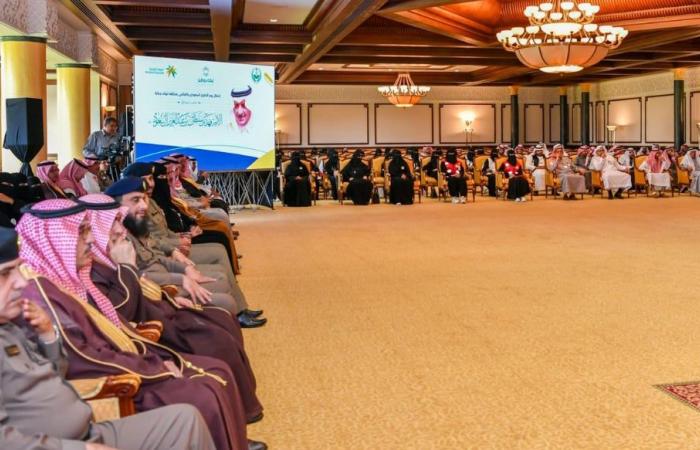 RIYADH: In honor of the UN’s International Volunteer Day 2022 on Monday, Riyadh’s General Administration of Education staged a special event at its headquarters in the city.

At the Saudi and International Volunteer Exhibition, the slogan for which is “Giving of a Nation,” government and private agencies provided details of the opportunities for voluntary work they offer to all involved in education in Riyadh, students and staff, including 24 initiatives offered through the National Volunteer Platform.

The Saudi Press Agency reported that the exhibition is part of official efforts to encourage and enhance a culture of voluntary work in the educational community with the primary goal of reaching a total of 1 million volunteers. Authorities aim to achieve this by providing an appropriate environment that encourages the development of the voluntary sector, motivates people involved in education to volunteer, and increases the opportunities to do so.

The exhibition included information about the types of projects and the work they do, along with a “Team” pavilion highlighting the connection between the aspirations of the Saudi people and community-volunteer activities offered by schools and women’s charities.

In addition to displays by government agencies, the exhibition included information from nonprofit organizations such as Al-Waleed Philanthropies and the World Organization of the Scout Movement about their work as part of the wider effort to build capacity and increase the scale of the Saudi volunteer sector by 47 percent within a decade.

According to the organizations, nearly half a million people in the Kingdom last year donated their time and effort to voluntary community service, and their work helped to provide social safety nets for vulnerable groups and address global challenges such climate change, access to education and the promotion of gender equality.

Volunteers in the country are provided with training and other programs in line with national values to ensure the quality of voluntary work and efficiently harness the energies of communities, officials said.

According to Al-Waleed and WOSM, their volunteer programs have forged links and partnerships with universities across the Kingdom. Among their activities is a collaboration with Princess Nourah bint Abdulrahman University, Imam Abdulrahman Bin Faisal University, and King Khalid University to empower the next generation of volunteer leaders through scouting. It aims to encourage 500 Rover Scouts to volunteer for efforts to help 100,000 young people, and more universities are expected to join the initiative the near future.

The Athar Health Volunteering Society marked International Volunteer Day, the theme of which this year is “Solidarity Through Volunteering,” by highlighting its recent achievements. It said it aims to promote a culture of volunteering through its provision of health-awareness, educational and support services through community partnerships.

Sultan Al-Zahrani, the society’s secretary-general, said that it implemented numerous initiatives this year with the help of more than 20,000 volunteers. In addition to thus a further 3,000 volunteers donated 50,000 hours of work to other activities, the economic value of which was estimated to be more than SR6 million ($1.6 million).

Athar said it is working with partner organizations with the goals of achieving 1 million volunteers and increasing the non-profit sector’s contribution to the Kingdom’s gross domestic product by more than five percent, according to SPA.

The deputy of the ministry’s Department for Beneficiary Service and Branch Affairs, Ghanim Al-Jathan, said that this year it offered 2,500 voluntary opportunities in which more than 22,700 people took part. The general manager of the ministry’s General Department of Non-Profit Sector Organizations, Khaled Al-Mejlad, said it offered 6,000 volunteer opportunities in which 49,000 people took part. This amounted to 2.5 million volunteer hours and an economic return exceeding SR8 million.

Meanwhile, during a ceremony honoring the voluntary efforts of government organizations, charities and individuals, Prince Fahad bin Sultan bin Abdulaziz, the governor of Tabuk, announced the establishment of a volunteer unit in the region.

“In recent years, there has been a remarkable and blessed activity for volunteer work in all regions, especially Tabuk, which makes us optimistic that the future will be better,” he said.

“On this occasion, we are pleased in the Emirate of Tabuk to announce the establishment of a special unit for volunteering, and it will provide support for everyone who wants to contribute to volunteer work and help direct and guide them.”

The UN introduced the International Volunteer Day in 1985 as an annual event that offers all countries to celebrate and enhance volunteer work, highlight and honor the efforts of those who take part in it, and encourage more people to get involved.

These were the details of the news Saudi King invites Chinese President to visit Kingdom on Wednesday for this day. We hope that we have succeeded by giving you the full details and information. To follow all our news, you can subscribe to the alerts system or to one of our different systems to provide you with all that is new.