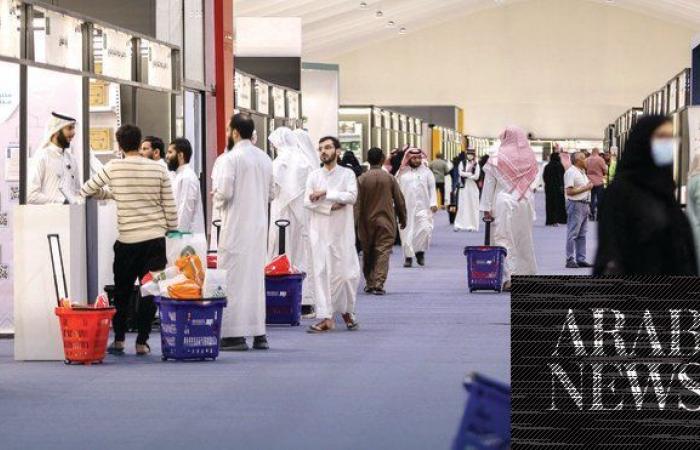 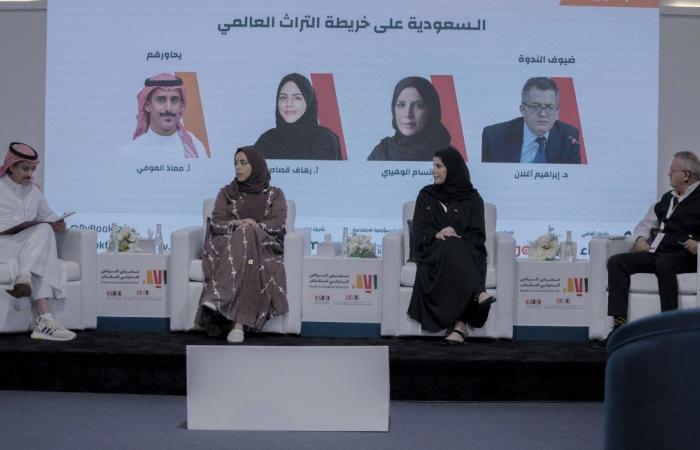 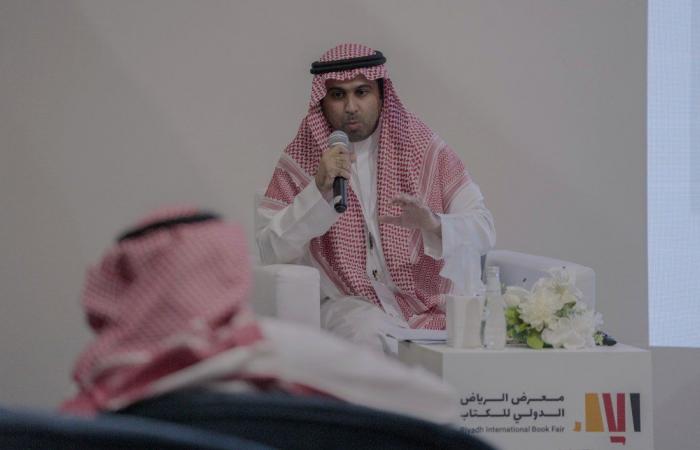 Jeddah - Yasmine El Tohamy - RIYADH: Literary experts from around the world have been gathering in Saudi Arabia to help further cement the Kingdom’s position on the global heritage map.

Writers, publishers, and translators are among the delegates taking part in events and discussion sessions being held under the umbrella of the Riyadh International Book Fair, running at Riyadh Front until Oct. 8.

Chief executive officer of the Literature, Publishing, and Translation Commission, Dr. Mohammed Alwan, said the event had made significant contributions to the Saudi literary scene and played a prominent role in the renaissance of literature, culture, science, and the arts in the Kingdom.

He described the fair as providing a cultural bridge to understanding others and being a major contributor to the national cultural movement.

Saudi archaeological discoveries have recently drawn international attention and experts took to the stage to talk about the Kingdom’s future capabilities, its components, and its growing status as a global leader in heritage preservation.

Ibrahim Aglan, a college research professor at the faculty of letters and human sciences in the Moroccan capital Rabat, said culture was multi-faceted. “It’s a way of life, a way to enhance the Kingdom’s international standing, and economic prosperity.”

Acting general manager of the Saudi Heritage Preservation Society, Rehaf Gassas, said: “The society is considered an arm of government bodies and agencies in preserving heritage and implementing specialized projects in this field.

“Whatever we do on our part as researchers, the community remains the sole owner of the heritage, knowing how it flowed and changed from generation to another, and how it is practiced.”

General manager of the Saudi Ministry of Culture’s intangible heritage, Ebtisam Al-Wehaibi, told delegates that the ultimate goal was communication between peoples.

She said: “It is amazing that we can get to know other people’s cultures and heritage and create a dialogue; that instead of looking for differences, you look for similarities.”

Al-Wehaibi noted that Saudi Arabia had been among 20 countries that got together after World War II to establish the UN Educational, Scientific, and Cultural Organization.

“In 2020, the Kingdom joined the executive board of UNESCO and the World Heritage Committee,” she added.

Meanwhile, a workshop run by Al-Yamamah University law professor, Dr. Muhammad Al-Sudais, looked at the role of the law in protecting cultural heritage.

He said: “With regard to the legal aspect, the Kingdom presented a wonderful model in the matter of preserving heritage.” And he pointed out that over recent years the Ministry of Culture had introduced a range of rules and regulations related to antiquities, museums, and urban heritage.

Al-Sudais noted that the Saudi Heritage Commission had added the 70-year-old oil Trans-Arabian Pipeline (Tapline), built during the reign of King Abdulaziz, to the national register of industrial heritage, adding that the Kingdom’s urban heritage register provided an important source of information for research centers.

“The Kingdom is very interested in excavating antiquities and preventing licensing except for the authorities designated by the system.

“It also specified that it is not permissible for any person, whether a citizen or not, to sell antiquities and engage in any activity related to the import and export of antiquities without obtaining a license from the commission,” Al-Sudais said.

These were the details of the news International literary experts discuss heritage preservation at Saudi book fair for this day. We hope that we have succeeded by giving you the full details and information. To follow all our news, you can subscribe to the alerts system or to one of our different systems to provide you with all that is new.