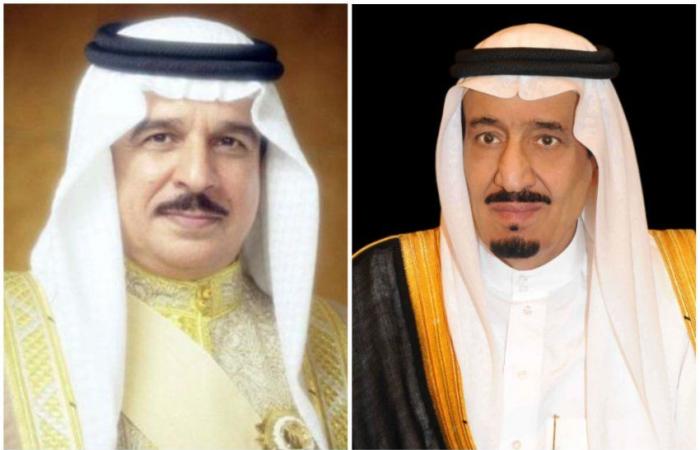 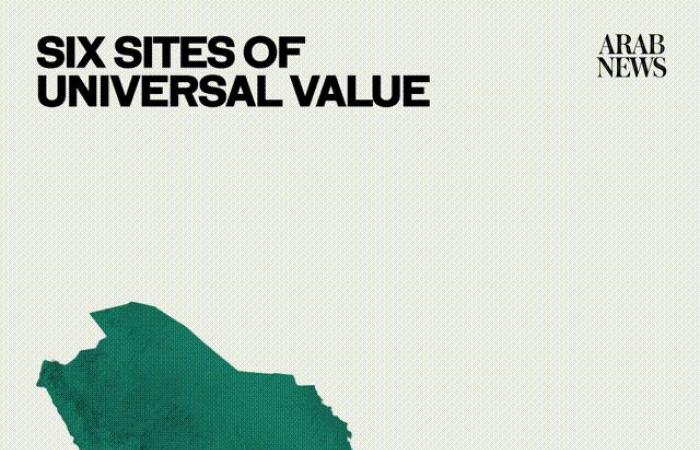 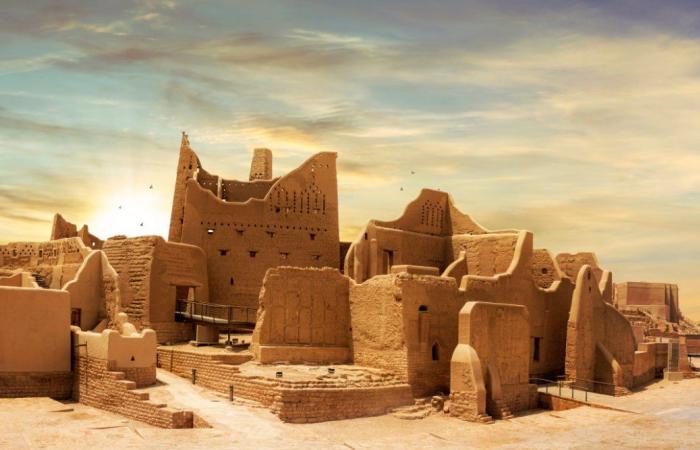 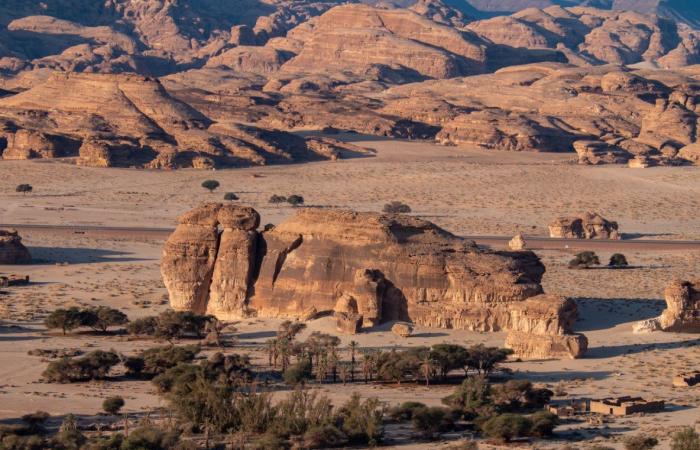 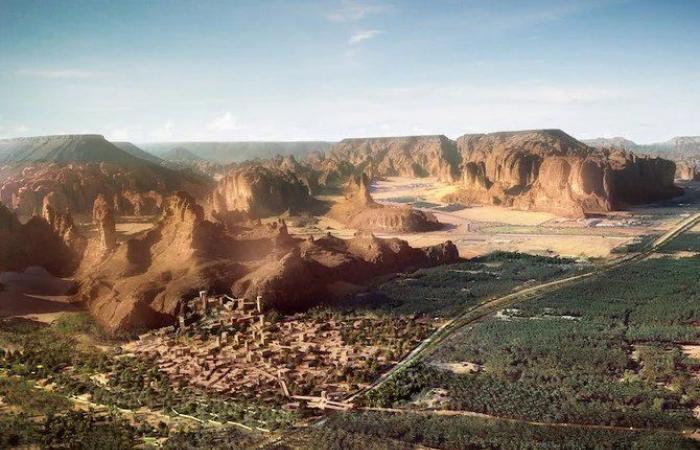 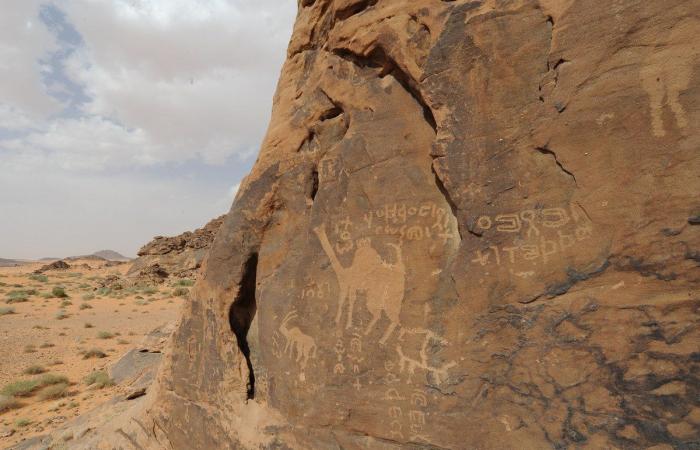 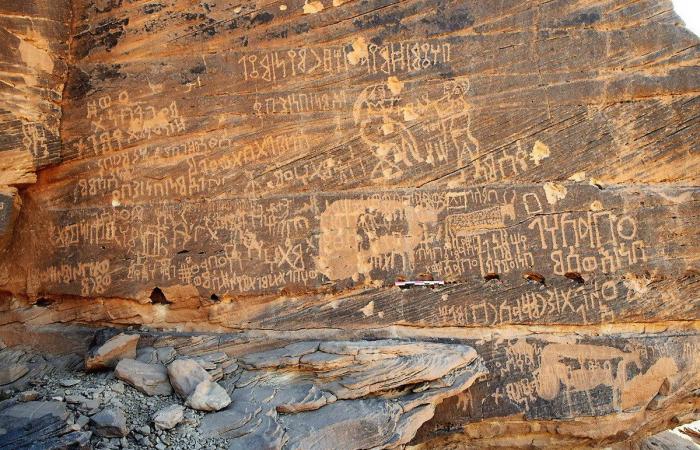 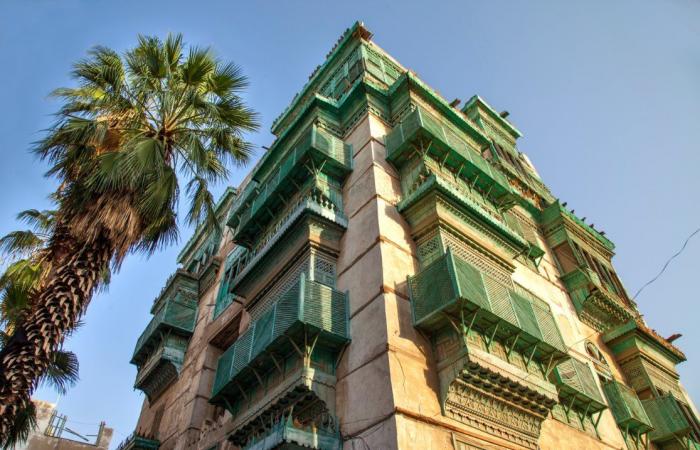 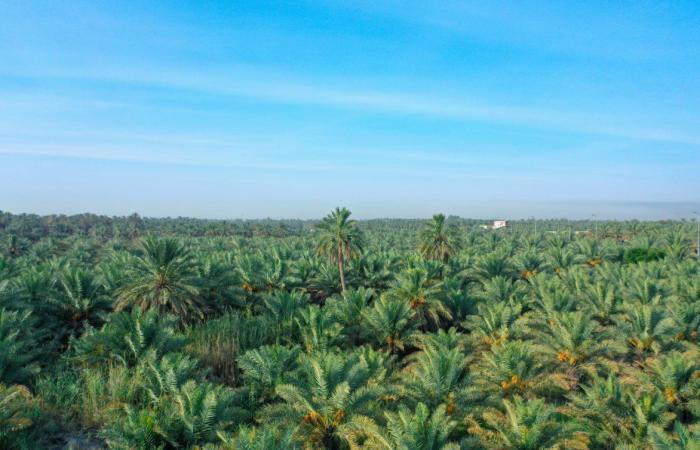 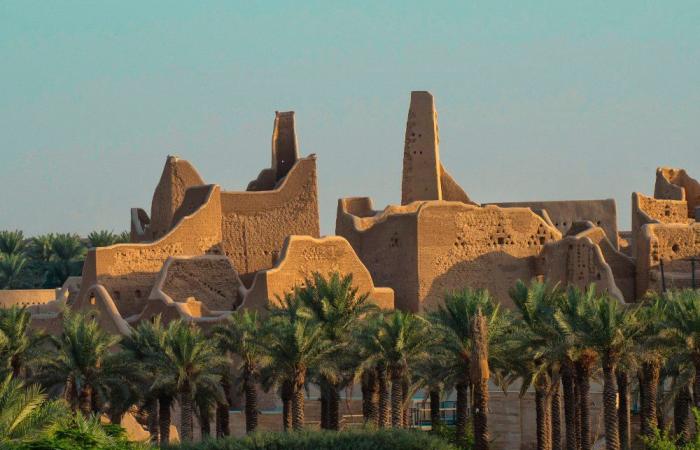 Jeddah - Yasmine El Tohamy - LONDON: Even as Saudi Arabia writes the next chapter in its story, defined by the ambition of its Vision 2030 blueprint for the future, it is rediscovering and embracing a past destined to play a central role as it opens up to the outside world.

Since 2008, Saudi Arabia has had no fewer major six sites of “outstanding universal value” inscribed on UNESCO’s World Heritage list. There are 10 more on its Tentative List — properties being considered for nomination — including the Hejaz railway, three historic pilgrimage routes and the Al-Faw archaeological area at the northwestern edge of the Empty Quarter, a site of human occupation from prehistoric nomadic times to the growth of a thriving ancient caravan city in the second half of the first millennium B.C.

Certainly, there is no shortage of locations from which to choose for future nominations; there are more than 10,000 historical sites on Saudi Arabia’s National Antiquities Register.

Each of the six World Heritage sites is one piece of a fascinating mosaic that shows not only that Saudi roots run far deeper than many might have imagined, but also that Saudi heritage is a vital component in the broad sweep of human history.

And this is living history. Each site will play — and in some cases is already playing — a crucial role in the opening up of the Kingdom as a destination for cultural tourists from around the world.

One of the most breathtaking of the UNESCO properties is the Hegra archaeological site, centerpiece of plans by the Royal Commission for AlUla to develop sensitively as a major destination more than 22,000 square kilometers of the spectacular landscape of the AlUla region, with its lush oasis valley and towering mountains.

The jewel in AlUla’s crown is the ancient city of Hegra, the southern capital of the Nabataeans, who also built Petra in modern-day Jordan.

Yet the astonishing collection of over 100 hand-carved tombs, many with elaborate facades and inscriptions, cut into sandstone outcrops, is merely the tip of an archaeological iceberg.

There are currently a dozen international archaeology teams exploring the past cultures of AlUla and the nearby Harrat Khaybar volcanic field, from prehistory to the early 20th century. The astonishing volume of the finds they have already documented is prompting a radical rethinking of the prehistory of the Arabian Peninsula.

One team, from the University of Western Australia, has spent the past four years identifying and cataloging all the visible archaeology of AlUla county and the nearby Harrat Khaybar volcanic field. The tens of thousands of structures found, most between 4,000 and 7,000 years old, tell a story of a landscape and a climate that was once lush and temperate.

In all, the Aerial Archaeology in the Kingdom of Saudi Arabia project has identified 13,000 sites in AlUla and an extraordinary 130,000 in Khaybar county, dating from the Stone Age to the 20th century, with the vast majority from prehistory.

A “core” 3,300 square meter area of AlUla was surveyed separately by UK-based Oxford Archaeology which, working with staff and students of King Saud University in Riyadh, identified in excess of another 16,000 archaeological sites.

Dr. Hugh Thomas, a senior research fellow at the University of Western Australia, said that in the past archaeologists had concentrated on the Fertile Crescent. “But as we do more and more research, we’re realizing that there was so much more here than small, independent communities living on nothing much and not doing much in an arid area,” he told Arab News.

“The reality in that in the Neolithic period, these areas were significantly greener, and there would have been really sizeable populations of people and herds of animals moving across these landscapes.”

Among the most intriguing finds cataloged by the AAKSA team are the mysterious mustatils — often huge, rectangular structures, built by an unknown prehistoric people over 8,000 years ago. Possibly unique to the Arabian Peninsula, they are thought to have had some kind of ritualistic purpose.

More than 1,600 are now known to exist across 300,000 square kilometers of northwestern Saudi Arabia, concentrated mainly in the vicinity of AlUla and Khaybar.

More evidence of Saudi Arabia’s prehistoric past can be found in the world’s largest and most impressive collections of Neolithic rock carvings, or petroglyphs, located at two sites 300 kilometers apart in the Hail province, together adopted by UNESCO as a World Heritage site in 2015.

The first is at Jabal Umm Sinman, a rocky outcrop to the west of the modern town of Jubbah, the origin of which dates back to the dawn of Arab civilization, when the surrounding hills once overlooked a lake, lost beneath the sands of the Nefud desert some 6,000 years ago.

It was on the hills of Umm Sinman, in the words of the UNESCO nomination document, that the ancestors of today’s Saudis “left the marks of their presence, their religions, social, cultural, intellectual and philosophical perspectives of their beliefs about life and death, metaphysical and cosmological ideologies.”

The second site is at Jabal Al-Manjor and Jabal Raat, 220 kilometers southwest of Jubbah, near the village of Shuwaymis.

Together, the twin sites tell the story of over 9,000 years of human history, from the earliest pictorial records of hunting to the development of writing, religion and the domestication of animals including cattle, horses and camels.

The rock art in the Hail region is regarded as one of the world’s most significant collections, “visually stunning expressions of the human creative genius by world standards, comparable to the messages left by doomed civilizations in Mesoamerica or on Easter Island…of highest outstanding universal value.”

Saudi Arabia’s other UNESCO sites include the most recently inscribed, the Hima Cultural Area, listed in 2021. It also consists of a substantial collection of rock art images made over 7,000 years ago by armies and travelers who passed this way along an ancient desert caravan route in the southwest of the country.

Historic Jeddah, inscribed by UNESCO in 2014, was established in the seventh century as the major port on the Red Sea and grew rapidly as the gateway for pilgrims to Makkah who arrived by sea. Jeddah, which developed into “a thriving multicultural centre” was “characterized by a distinctive architectural tradition, including tower houses built in the late 19th century by the city’s mercantile elites,” many of which can still be seen today.

Al-Ahsa, a “serial cultural landscape” in the Eastern Province, is home to the world’s largest, and almost certainly oldest, oasis, a sprawling collection of 12 separate elements and 2.5 million palm trees scattered over a total area of 85 square kilometers.

Listed by UNESCO in 2018 as “an evolving cultural landscape,” Al-Ahsa “preserves material traces representative of all the stages of the oasis history, since its origins in the Neolithic to the present.”

Al-Ahsa, which lies between the rock desert of Al-Ghawar to the west and the sand dunes of the Al-Jafurah desert to the east, is associated with the Dilmun civilization that flourished in the third millennium B.C. in what is now eastern Saudi Arabia. Pottery finds from the Ubaid period, dating back roughly 7,000 years, also suggest the Al-Ahsa region may have been among the first in eastern Arabia to have been settled by humans.

Pride of place, in the hearts of Saudis at least, must go to the Turaif district of Diriyah, which is considered the birthplace of the Kingdom and was listed by UNESCO in 2010.

Nestling in a bend of the Wadi Hanifah, a few kilometers northwest of the modern metropolis of Riyadh, are the preserved remains of a breathtaking collection of mud-brick palaces, houses and mosques, “the pre-eminent example of Najdi architectural style, a significant constructive tradition that developed in central Arabia…and [contributed] to the world’s cultural diversity.”

First settled by the ancestors of the House of Saud in the 15th century, the oasis of Diriyah became the capital of the First Saudi State, established in 1744.

Diriyah was destroyed in 1818 after a six-year campaign by a vengeful Ottoman Empire, alarmed by the challenge posed by the First Saudi State to its grip on Arabia and the Holy cities of Makkah and Madinah.

Ultimately, it was Al-Saud that would prevail, as history relates. In 1902, Abdulaziz bin Abdul Rahman Al-Saud, better known to the wider world as Ibn Saud, famously recaptured Riyadh, going on to unite the kingdoms of Nejd and Hejaz in 1932 as the Kingdom of Saudi Arabia.

The Turaif district of nearby Diriyah, left in ruins by the Ottomans, would never be occupied again. Carefully preserved and protected, however, it is now the jewel in the crown of one of Saudi Arabia’s largest giga-projects — the development of the wider area by the Diriyah Gate Development Authority as “one of the most amazing cultural gathering places in the world.”

The $50 billion plan to transform Diriyah into a global historical, cultural and lifestyle destination will create 55,000 job opportunities and attract 27 million visitors every year. They will be able to immerse themselves in the history and culture of a kingdom that, in less than 300 years, has grown from an idea born in a small desert community to become one of the world’s most influential nations.

Awaiting visitors on the site of 7 square kilometers will be museums, galleries, world-class hotels, restaurants, shops, homes and educational and cultural facilities, all created in the traditional Najdi architectural style.

But at its heart will be Turaif, which, like so many of Saudi Arabia’s historic sites, is a priceless piece of the past now helping to shape the Kingdom’s future.

These were the details of the news Bahraini leadership congratulates Kingdom on Saudi National Day for this day. We hope that we have succeeded by giving you the full details and information. To follow all our news, you can subscribe to the alerts system or to one of our different systems to provide you with all that is new.