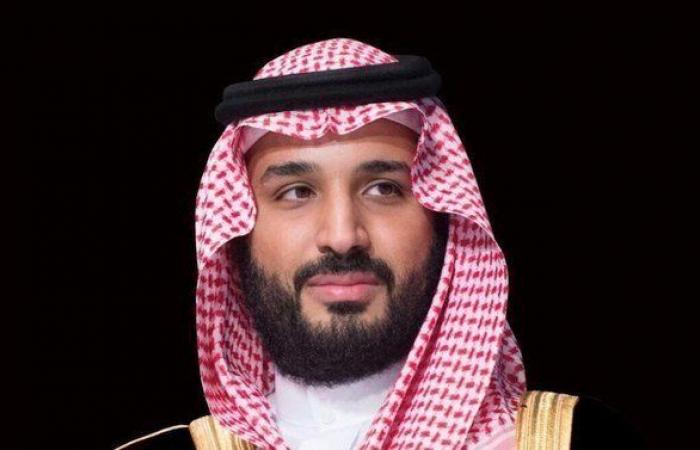 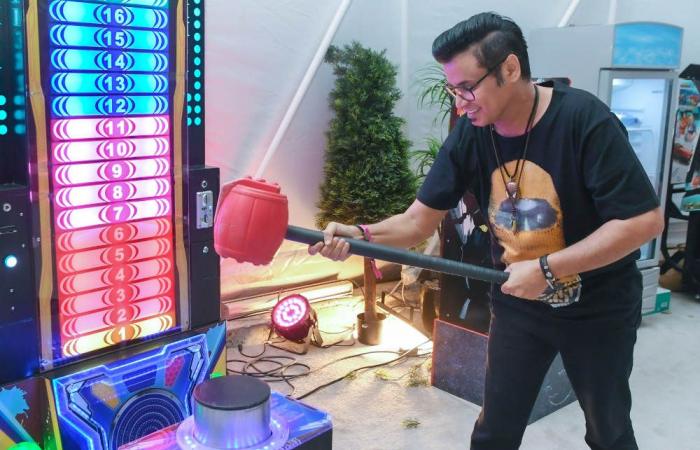 Jeddah - Yasmine El Tohamy - RIYADH: On Friday, a vibrant series of electronic house music bounced off the hills of the Riyadh desert at the NOX Camp Desert Resort, bringing together music, art and desert-sport lovers alike in a one-of-a-kind event.

The exclusive music and art event organizer, Desert Sound Entertainment, presented their premiere “Mars Escape” experience to the Saudi community, transporting about 1,000 attendees to another dimension made distinct by live art, festival makeup and fire performances.

The moon shone, setting up the atmosphere for the celestial night, the music ascended. Headlined by Satori, the international DJ lineup included the likes of Alaa Jazaery, Rafa, NarkBeat, and a surprise performance by local DJ Ibbie.

The 10-hour festival saw a distinctive blend of artists taking to the main stage. Rafa gave the crowd a sensual and authentically earthy organic house experience while NarkBeat’s performance left the crowd in anticipation with sultry Arabian oud sounds. Alaa Jazaeri, founder of a similar music festival titled “Narratives,” slowed down the groove with an organic and soulful house music set, taking festival-goers on a mini-journey.

The diverse music echoing the valley of the desert culminated with Satori, a world-famous Dutch producer whose music focuses on spirituality and enlightenment. His set took off promptly at midnight and closed the event. His stop at Riyadh is part of his world tour this month with upcoming shows in Moscow, Stockholm and London.

“I would not imagine from this side of the world that people would know me and connect with the music in this way, so it was really a big pleasure. I’ve been playing in this region of course already for a few years, if we speak about Dubai or Egypt, I played in Oman and Lebanon, but never in Saudi,” Satori said in an exclusive interview with Arab News.

Satori’s mellow sounds, crafted under the influence of the Japanese term “Satori,” cannot be narrowed down to a single genre, but rather a feeling. His music combines elements of self-exploration, earthy melodies, psychedelic tones and vivid energy. The crescendo of the piano, synthetic electronic beats and kalimba prompted a series of cheers as people danced. Almost every listener was rhythmically entranced, surrendering to the sound.

“For me it feels like I’m part of innovation. There’s something progressing and just to be part of that is really a great honor. It feels like we’re writing history and I’m kind of part of that chapter,” he said of his recent performance. “In the end, music is a universal language, people would connect to that or understand that even if they’re not used to these types of events. People will feel it.”

While primarily centered around the musical performances, the Saudi General Entertainment Authority-certified event also included an array of cultural activities such as art installations, graffiti sites and street art, virtual reality booths, games, and live catering. “We wanted to complete the music experience as a whole, connecting with nature and expressing through art and feeling with music,” assistant manager, Reema Al-Saud, told Arab News.

Event-goers were ready to indulge in the cultural aspect of the experience. “This is my first experience, and it gives a nice vibe,” said attendee Bha’a Mahdi. “I didn’t like that there wasn’t a big crowd. The place is very, very gorgeous. Incredible. It’s unreal. I liked the music, but was hoping the music would have more drops and highs. I felt united with the desert, I even removed my shoes,” he said.

Other members of the audience had similar comments. “The location is good, the vibe is nice. Just one thing: I wish there were more people,” said one attendee.

“The ground traps you. The sand doesn’t give you way to dance or walk,” said another attendee.

This international lineup and diverse activities come after a new wave of events that cater to those music-lovers, the latest being Freaks of Nature, bringing new meaning to weekend family entertainment ventures in Riyadh.

These were the details of the news Saudi crown prince leaves for the UAE to offer condolences on the death of Sheikh Khalifa for this day. We hope that we have succeeded by giving you the full details and information. To follow all our news, you can subscribe to the alerts system or to one of our different systems to provide you with all that is new.