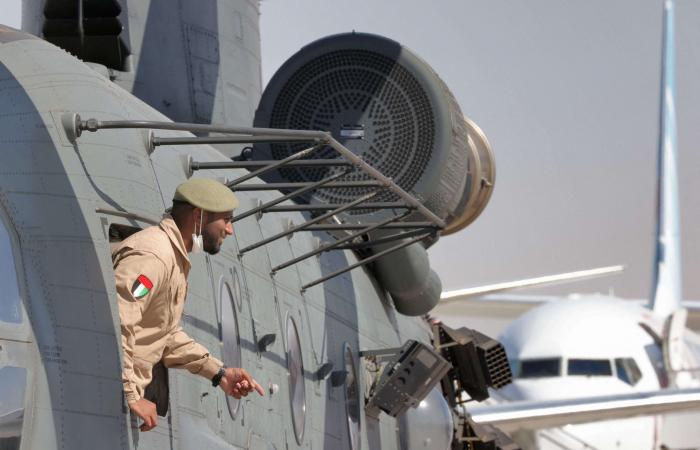 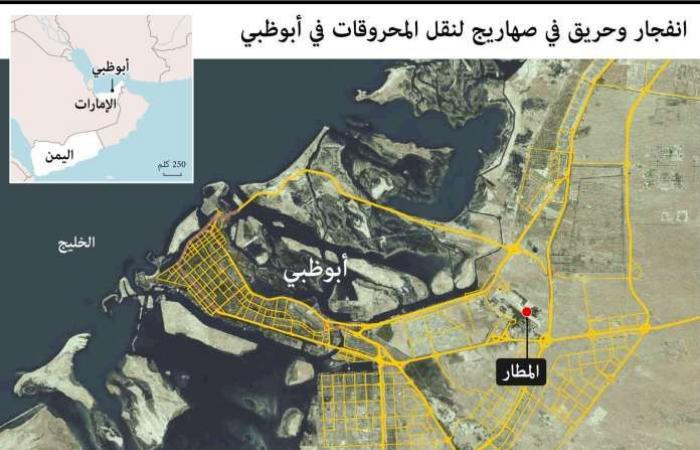 London – “Al Quds Al Arabi”: The Houthi attacks against the UAE yesterday, Monday, are a relative turning point, as they were expected, but the real surprise is the failure of the UAE air defenses to intercept aircraft and missiles, despite their diversity, in a repetition of the Saudi scenario.

The UAE was quick to announce that it was subjected to Houthi bombardment and provided a specific outcome of the recorded losses, with the death of three people and losses that it considered limited to industrial facilities. In this way, it is adopting a proactive media movement to withdraw the initiative from the Houthi media, and thus make the world address the losses according to the Emirati narrative. This pre-emptive technique, although it takes effect in the early hours, does not prevent the facts from emerging later, and in this case, the Associated Press published, on Tuesday, data highlighting the destruction of oil installations, while the real number of deaths is shrouded in mystery, while the Wall Street Journal spoke Journal of used quality weapons.

These attacks highlight a fact that is troubling the Gulf countries as well as the United States, and it is a confirmation of the same concern since November 2017. The Houthis’ drones and winged missiles have succeeded in penetrating UAE defenses and striking specific targets. This occurred at a time when the UAE possesses an advanced arsenal of air defense consisting of French and American systems, and its operation is supervised by Emirati and foreign experts.

Perhaps the qualitative leap for these attacks that Abu Dhabi was subjected to is highlighted by the missiles targeting specific facilities such as the airport and the industrial area, and this means the accuracy of the targeting and not just the indiscriminate bombing towards a specific area. In addition to this, the missiles this time exceeded the medium to long range, given the distance between Yemen and the UAE.

The qualitative leap for these attacks that Abu Dhabi was subjected to stands out in the missiles targeting specific facilities such as the airport and the industrial area, and this means the accuracy of the targeting and not just the indiscriminate bombing towards a specific area.

Saudi Arabia had been attacked by a ballistic missile in November 2017, and it was the first attack, then there were other attacks. And the New York Times revealed it in a report on December 4, 2017, in an article titled “Have the American Defense Systems Failed in Saudi Arabia?” There is great concern in the Pentagon because one of the most important American air defense weapons, the “Patriot system,” does not always succeed in intercepting the missiles that are considered semi-primitive launched by the Houthis, so what will be the case with the advanced Iranian missiles. And the Pentagon called for the need to draw lessons from this war.

The UAE is aware of what happened to the Patriot system in Saudi Arabia, so time has accelerated to search for auxiliary systems, such as its recent consideration of buying the Israeli Iron Dome, or its signing weeks ago of a deal with South Korea to buy the MSAM anti-missile and anti-drone system, with a value exceeding 3.5 billion dollars.

The failure of Western defense systems to intercept Houthi missiles and drones, although they are not very effective compared to what Iran can possess, will undoubtedly push the Gulf states to re-think about adopting Chinese HQ 19 or Russian S-400 systems despite Washington’s opposition to acquiring countries Gulf for these weapons.

These were the details of the news In a repeat of the Saudi scenario, the Houthi attack on... for this day. We hope that we have succeeded by giving you the full details and information. To follow all our news, you can subscribe to the alerts system or to one of our different systems to provide you with all that is new.