Saudi Arabia tops the growth levels among the G20 countries in... 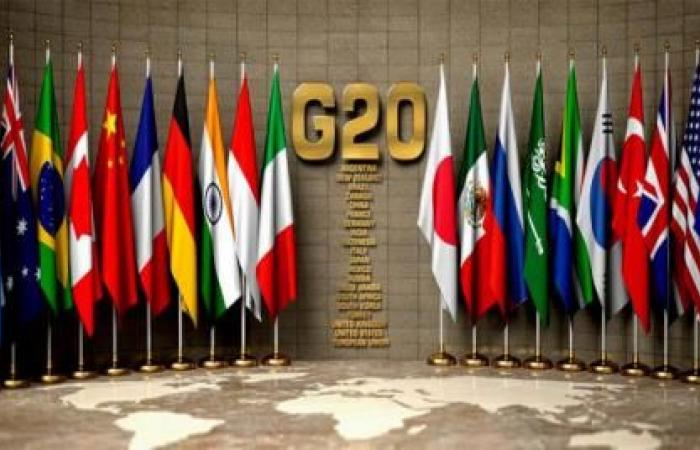 The IHS Markit index expected that during the last quarter of 2021, the Saudi economy would record the highest levels of growth among the Group of Twenty countries at 11.1 percent, and by a large difference from its closest competitor, Italy, by about 4.5 percent, in figures that reflect the efficiency of the economic reforms that it has taken. The Kingdom since the launch of Vision 2030.
These positive numbers come; In light of the unlimited and great support and direct supervision that the Vision 2030 programs enjoy from Prince Muhammad bin Salman bin Abdulaziz, Crown Prince, Deputy Prime Minister and Chairman of the Council of Economic and Development Affairs; To demonstrate the strength and efficiency of the economic reforms undertaken by Saudi Arabia since 2016; Which had a great impact in overcoming the consequences of the Covid 19 pandemic with minimal damage despite the sharp declines in oil prices, as the levels of growth of the Saudi economy come at a time when many countries of the world, including major economies, are still struggling to overcome the repercussions imposed by the Corona pandemic, which are no less In its effects on the effects of World War II.
These statistics place Saudi Arabia at the forefront of the Group of Twenty countries with the highest economic growth in the last quarter of 2021, reflecting the efficiency and strength of the economic reforms taken by the country under the supervision and follow-up of the Crown Prince, which made it outperform the major economies of the world despite the challenges of the Corona pandemic.
The story of Saudi Arabia’s success in achieving great economic growth rates, in which it outperformed the countries of the Group of Twenty, is primarily due to the economic outlook of Prince Mohammed bin Salman, the Crown Prince, which had a major role in overcoming all the challenges and obstacles that affected the rest of the world, foremost of which is the challenge of the Corona pandemic and the decline Oil prices.
During the third quarter of 2021, the Saudi economy achieved a growth in domestic product of 7 percent, which is the highest annual growth rate since 2012, which reflects the Kingdom’s economic capabilities in a rapid recovery from the effects of the Corona pandemic and the return of economic activities, benefiting from the exceptional efforts made by it. The country’s government in addressing the challenges of the pandemic and the stimulus provided to the national economy.
The economic reforms implemented by Saudi Arabia within the framework of Vision 2030 over the past five years played a prominent role in economic diversification efforts, by promoting the growth of non-oil revenues by activating investment in promising sectors, which had a great impact in maximizing the economic cycle and increasing employment levels.
At a time when the Covid-19 pandemic caused many economic repercussions that affected a number of vital sectors, especially the employment sector; The results achieved by the Saudi economy came in contrast to that wave, as the pace of Saudi employment in the private sector rose to its highest quarterly level ever, according to administrative records, reaching 90,000 during only the fourth quarter of last year 2021.
The number of Saudi workers in the private sector exceeded 1.9 million workers for the first time ever in December 2021, which reflects the effectiveness of the Kingdom’s government policies in creating jobs for Saudis in the private sector.
Meanwhile, the record high rate of women’s participation in the labor market continued, as it actually exceeded the 2030 target and reached 34.1 percent in the third quarter of 2021, which was achieved thanks to the course of social and economic reforms in Riyadh.
The structural reforms witnessed by the Saudi economy and its main drivers, including a legislative environment and an improvement in the contractual environment, contributed to strengthening efforts to diversify the economy, and to accommodate tens of thousands of job seekers of both sexes.
As a culmination of Saudi Arabia’s efforts to diversify the economy and reduce dependence on oil, the value of Saudi non-oil exports amounted to 195 billion riyals ($52 billion) until the end of the third quarter of 2021, an increase of 33 percent compared to last year, at a time when the Kingdom was one of the best performing global economies. During the pandemic period, when the levels of decline in GDP were very limited, and the Kingdom’s ranking reached the sixth among the G-20 countries when looking at non-oil activities as a determinant of economic performance in the country.
Economic observers and analysts expect that the path of prosperity in the Saudi economy will continue, represented by the return to recording budget surpluses for the first time since 2014, in addition to expanding the implementation of ambitious transformation plans and programs during 2022 and the coming years, where the path of prosperity and economic diversification will be achieved through several arms that will contribute to pumping more From 12 trillion riyals ($320 billion) until 2030.
At the same time, the ambitious strategy announced by the Crown Prince to stimulate the Saudi economy by pumping more than 12 trillion riyals ($320 billion) until 2030 – whether through a partner program, sovereign fund investments or the national investment strategy – will have a huge impact. In increasing the competitiveness of the Saudi economy, placing it on top of the most important economies in the region and the most prominent economies in the world.

These were the details of the news Saudi Arabia tops the growth levels among the G20 countries in... for this day. We hope that we have succeeded by giving you the full details and information. To follow all our news, you can subscribe to the alerts system or to one of our different systems to provide you with all that is new.