We will respond firmly and forcefully to Houthi terrorist acts 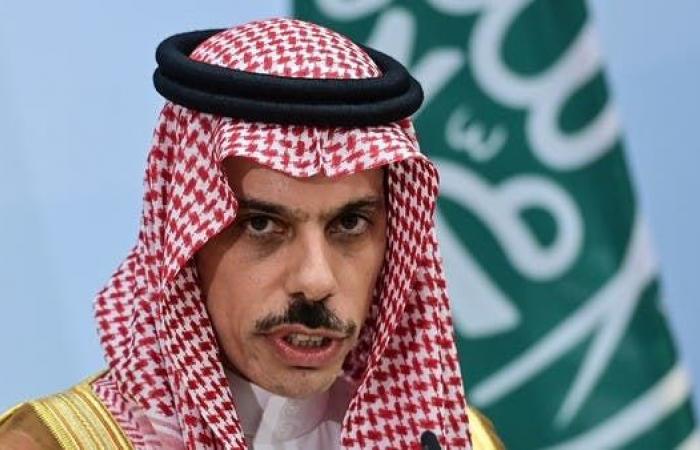 Saudi Arabia has confirmed that it will respond firmly and forcefully to all terrorist practices and cowardly acts to which it is exposed by the Iranian-backed terrorist militia, which target innocents, civilian objects and vital installations on its territory, and threaten regional and international peace and security.

The Ministry of Foreign Affairs stated, on Monday, that the Kingdom was subjected to many terrorist attacks by the terrorist Houthi militia, including what it was exposed to today with a total of (8) booby-trapped drones that targeted civilians and civilian objects in a deliberate and systematic manner, and the coalition forces succeeded in confronting them, and the hostile attack on the UAE The United Arab Emirates by targeting two economic facilities and targeting Abu Dhabi International Airport with three booby-trapped drones, which resulted in the death of a number of innocent civilians and the injury of others, which was adopted by the terrorist Houthi militia.

The Kingdom also stressed its rejection of and condemnation of all aggressive terrorist attacks on the Kingdom and the UAE, which are carried out by the forces of evil and terrorism that have wreaked havoc in brotherly Yemen, killing the dear Yemeni people and continuing to spread their terrorist acts with the aim of destabilizing the region’s security and stability.

It indicated that it had presented many political initiatives to reach a comprehensive political solution that would bring together all Yemeni parties, but the Houthi militia continued its intransigence to carry out cowardly attacks on the territory of the Kingdom and the UAE, targeting international shipping lanes and disrupting humanitarian aid, continuing its flagrant violation of all international laws and norms.

For his part, Saudi Foreign Minister Prince Faisal bin Farhan confirmed, in a tweet he posted on his Twitter account, that the attacks carried out by the terrorist Houthi militia against the Kingdom and the sisterly United Arab Emirates today constitute a threat to security and stability in the region, and confirms that this militia has become A major source of threat to regional and international security and stability.

“The kingdom and the coalition continue to support the international and international efforts to bring peace to Yemen, and the kingdom’s initiative to find a political solution to the Yemeni crisis is still on the table… At the same time, we are fully prepared and ready to deal with more Houthi intransigence, and to defend the security of the kingdom and our region,” he added.

The coalition to support legitimacy in Yemen announced earlier today, Monday, the interception and destruction of a total of 8 drones launched towards the Kingdom of Saudi Arabia.

The coalition also published pictures to intercept the marches launched by the Houthi militia towards the Kingdom.

The coalition added, according to what Al-Arabiya/Al-Hadath correspondent reported, that it is following the threat of hostile attacks using drones in the air.

These were the details of the news We will respond firmly and forcefully to Houthi terrorist acts for this day. We hope that we have succeeded by giving you the full details and information. To follow all our news, you can subscribe to the alerts system or to one of our different systems to provide you with all that is new.